Tactical: What Leicester City Will Employ To Beat Manchester United

By Lisutsa_Robert254 (self media writer) | 1 month ago 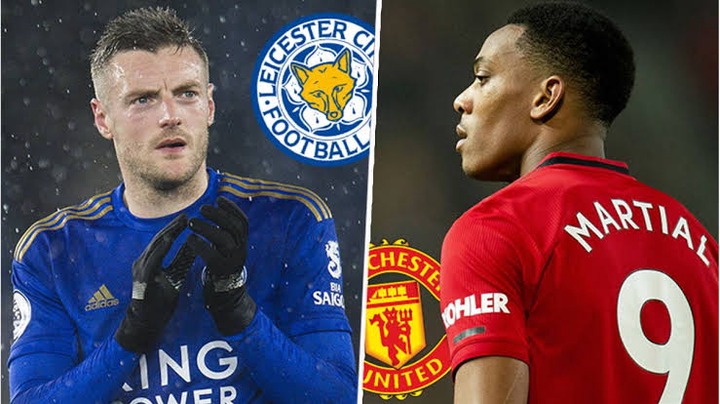 Premier League comes have adjourned after an international break. Many matches will be played today. Despite having other matches, we will dwell on the most awaited match, Leicester City against Manchester United. At King Power Stadium, things won't be easier for the Red devils if Leicester employ the following tactics.

The midfield should be able to control the flow of ball for Manchester United players. No chance will should be given to the likes of Christiano Ronaldo, who are sharp at goal scoring. From recent matches the foxes have played has resulted to clean sheets which implies that Manchester United forwards will struggle to pass past the defense line.

Leicester won't be slow on taking chances with the Jamie Verdy and Ihenacho in the squad. The current defense line of Manchester United is shaky, with their strong defenders out of the squad on injury. Maguire and Varane are the defenders who are out, hence implying that David Di GEA will have a lot of work stopping the sharp shooters from Leicester from scoring. We expect Shaw, Baily, Lindelof and Bissaka to cover the defense line for Manchester United. This defense line is not as strong as that of Maguire and Verane in which with these two present it has leaked at some point.

Leicester City are going to dominate this match given the state of the defense line issues Manchester United have currently. Despite the presence of Ronaldo, English clubs are getting used to him and seeing him as not that special. Aston Villa got their winning from Manchester United with Ronaldo in the squad. 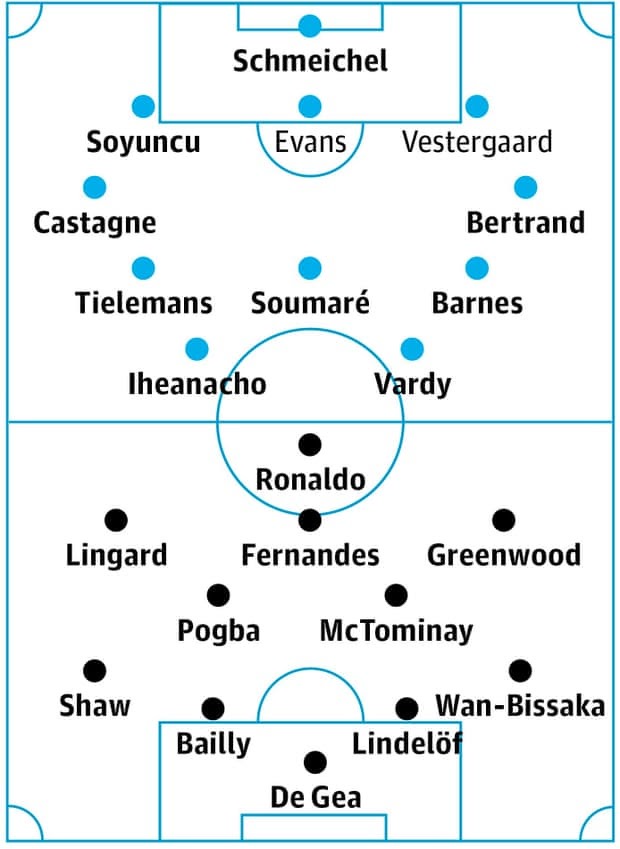 Will Leicester get victory when they welcome Manchester united at their stadium?