By TheDailyScoop.com (self meida writer) | 25 days 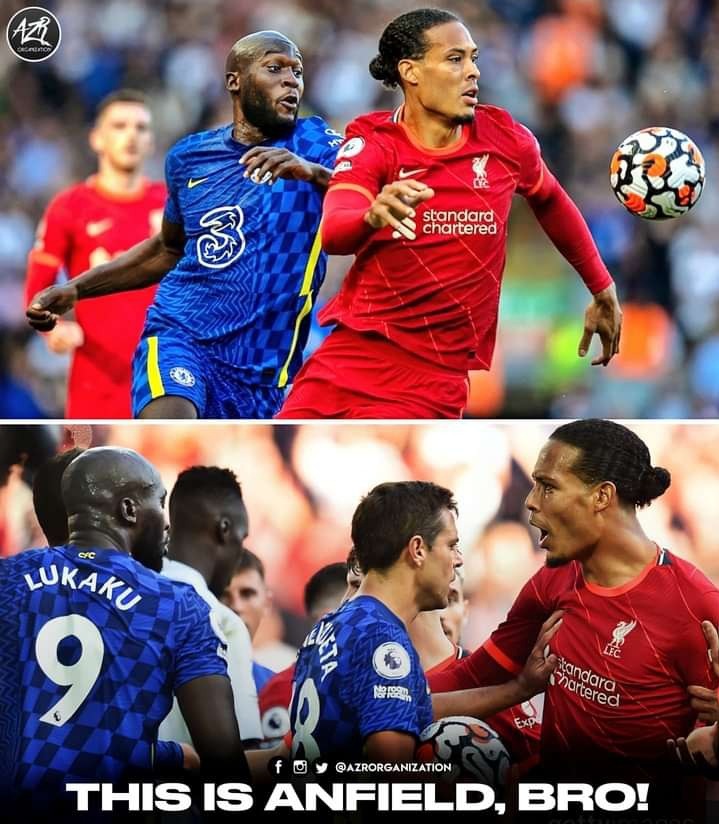 The battle against beasts was witnessed at the Anfield stadium where Chelsea's record signing, Romelu Lukaku came head to head against Liverpool's Van Dijik and Matip.

After a brilliant show against the Arsenal defenders who were bullied by Romelu Lukaku, it was time to test the best centre back pairing of the English Premier league.

Chelsea begun the game well as they scored the first goal of the match, but later on they had Recce James sent off after being red carded for handling the ball inside the penalty area. 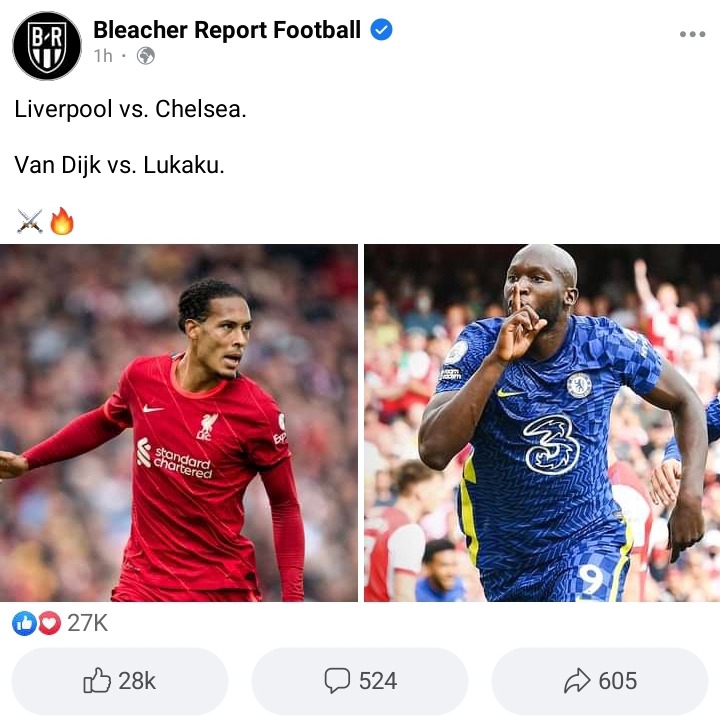 The battle between Van Dijik and Romelu Lukaku was captured every time on camera with only one player turning out to take advantage of the other.

The Liverpool's defender stood to his ground and there was no single instance when Romelu Lukaku dribbled past him as all his efforts were unfruitful.

Romelu Lukaku never made any successful shot towards goal as either Van Dijk or Matip blocked them off, making fans conclude that the £97.5 million striker is only good against lower teams.