By DiqxontheLordking (self media writer) | 15 days ago 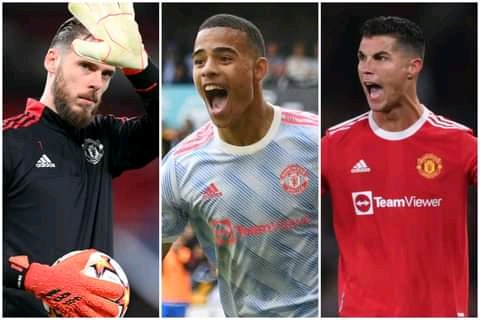 Manchester United have finnally revealed their player of the month September four Nominees including Goalkeeper David De Gea who made several vital saves, Cristiano Ronaldo scored 5 goals in all competitions, Jesse Lingard 2 goals & assist and Mason Greenwood 1 goal. Ronaldo was alson nominated by the Premier League for the player of the month award while Bruno Fernandes and Jesse Lingard have been nominated for the Premier League goal of the month September award. Ronaldo broke the Champions League most appearances record (178) and most goals scored reclord (136) in Manchester United 2-1 victory over Villareal. 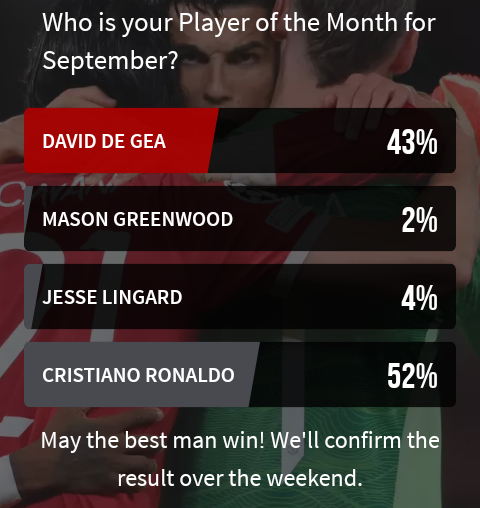 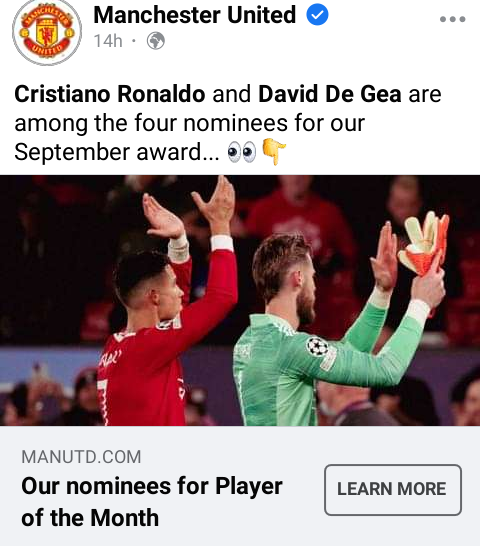 England Manager Gareth Southgate has called up 3 Man United lads to his 23 Men Three Lions Squad and snubbed injury free Mason Greenwood. Manchester United players who were called up include: Luke Shaw, Jadon Sancho and Jesse Lingard; however Mason Greenwood was snubbed. Southagate explained that Greenwood is still growing and developing as they closely being followed up but cautioned Jadon Sancho as he did not deserve an England call up after his slow start at Man United. The stars are likely to shine this weekend when Man United hosts Everton at Old Trafford. 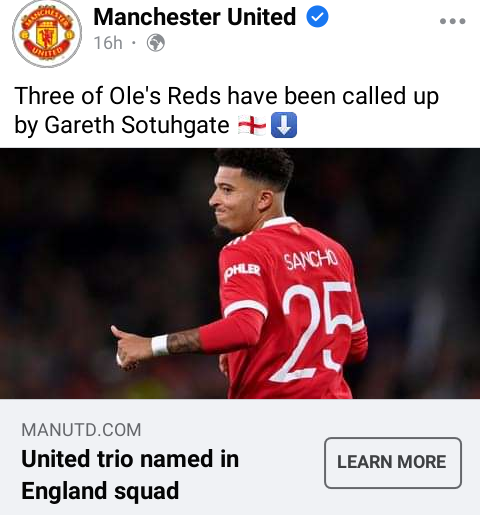 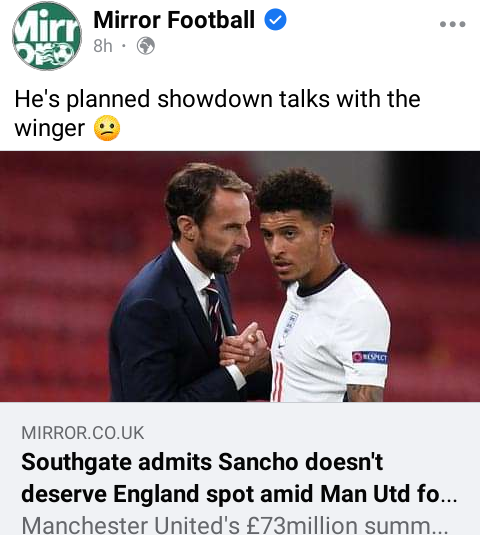 Manchester United have been heavily linked with Leeds United midfielder Kalvin Phillips after pulling out of Declan Rice over-priced race. The Red Devils have identified phillips as a better alternative to Rice due to age, versitility and valuation as United will required to pay £60 Million to land the star unlike £100 Million being demanded for Declan Rice. Leeds United Manager Marcelo Bielsa has finally commented on the link and admitted Phillips will only leave Elland Road if all the conditions are met with his agent being open for move but the club re-iterated by offering Kalvin new contract. 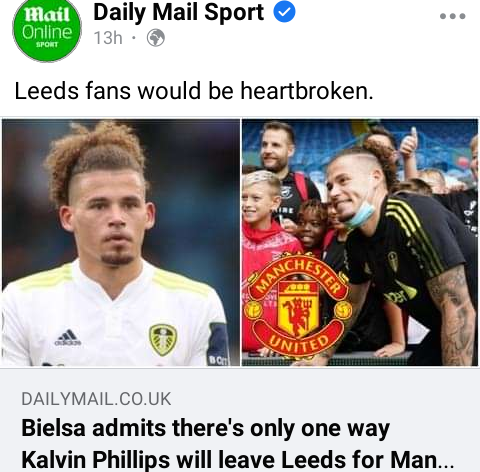 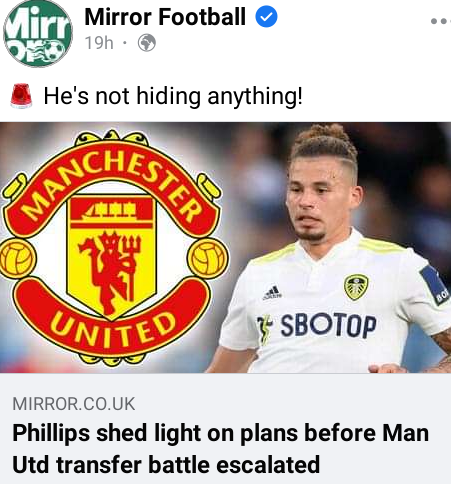