By SportsDen (self media writer) | 8 months ago 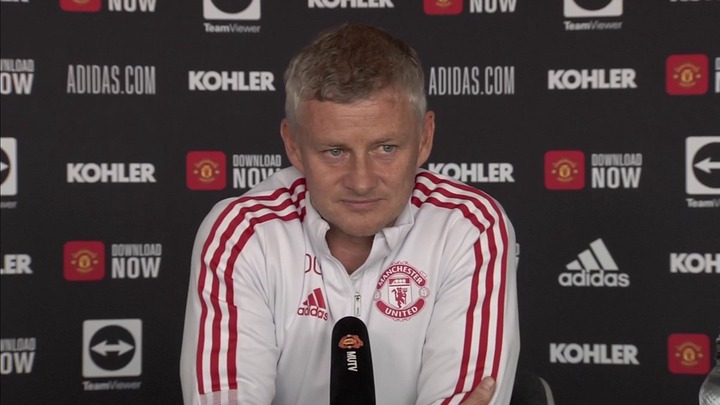 Manchester United manager Ole Gunnar Soldier has now made it public on how his latest world class signing at the club, Christiano Ronaldo got his famous number seven shirt from Edinson Cavani.

Speaking in a live media conference upon release of his final first team squad to play with in 2021/2022 season, the Babyface Assassin manager has stated that he the club did not influnce on the handing Ronaldo his famous jersey seven.

Instead, it was Ronaldo himself who reached to Edinson Cavani and asked him if he could do him that favor at his own will.

The two had a talk by themselves and came up into that common conclusion, something which indicates the kind of respect which Cavani has for Christiano Ronaldo and also the other way round.

Cavani is now switched to Jersey 21 as Christiano Ronaldo is now officially the current number seven in Ole Gunnar's new squad after the transfers.