EPL Top Scorers: See Where Aubameyang Is currently Ranked After He Scored In 3-1 Win Over Tottenham

Arsenal defeated Tottenham Hotspurs 3-1 at Emirates Stadium on Sunday night goals from Smith Rowe Aubameyang and Saka were enough to ensure that Gunners sweep three points against Nuno Espirato's side.

Antonio,Salah and Jimie Vardy tops EPL scoring chart with 5 goals each. Salah scored for Liverpool on Saturday in 3-3 draw with Brentford. Antonio was also on Target as Westham came from a goal down to beat Burnley 2-1. On the other side Leicester city drew 2-2 with Leeds United as Jimie grabbed two goals in that match.

Aubameyang was on target for Arsenal side on Sunday night as the captained his side to a 3-1 over Tottenham who have now conceded 9 goals in the last three matches. Smith Rowe opened scoring Judy after 21 minutes and Aubameyang doubled the lead later. Saka then made it 3-0 just before half time. Arsenal now have 9 points after 6 matches. With that Aubameyang's goal he has now two goals in the premier league. Arteta will be a happy man since the goal scoring machine is now back in style. 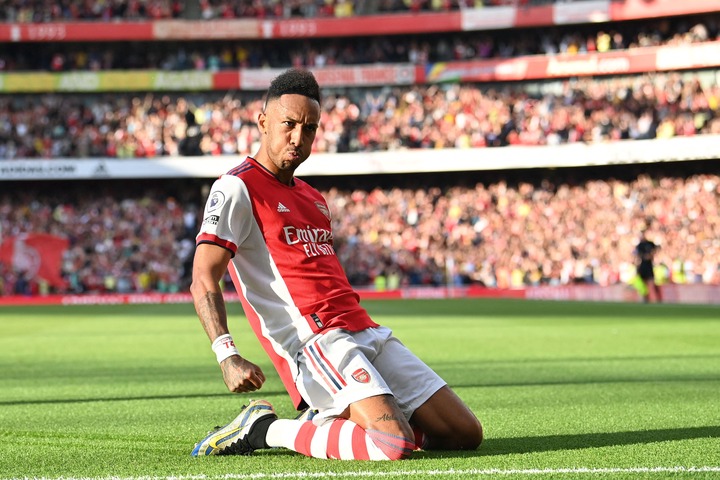 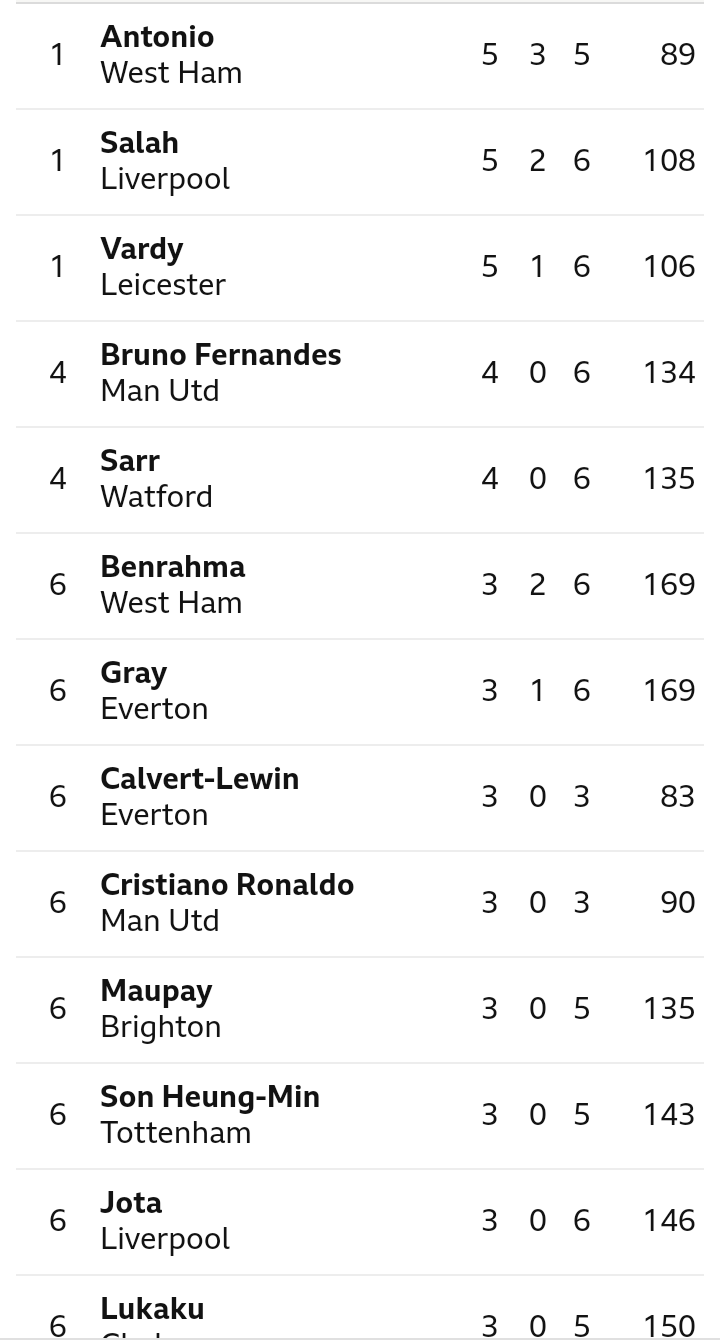 As the race heats up whom do you think will be top Scorer this season in EPL? Share with us your views on the same.