By Smartwritter (self media writer) | 1 year ago

Arsenal have finished an often-frustrating season strongly and will be chasing a fifth straight Premier League win when hosting Brighton.

When asked why the club had a poor performance at the begging of the season, Mikel Arteta said that there were some people inside the club who wanted to damage arsenal 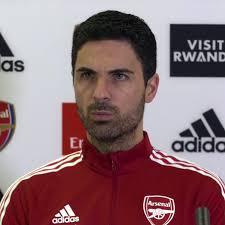 Arsenal showed how keen they are to close the campaign on a high note when bagging two late goals in Wednesday’s 3-1 win at Crystal Palace.

Nicolas Pepe’s first-half opener was cancelled out by Christian Benteke just after the hour mark but Gabriel Martinelli restored the lead in stoppage time.

Pepe then added his second as the Gunners stayed in the race for Europa Conference League qualification.

Mikel Arteta commented: “It was a crucial moment for us because we wanted to go into the final day having every chance to be in Europe next season.

“In order to do that, we knew we had to win and wait for some other results.

“With the way the game was developing and us running out of time it looked difficult but in the end we found a way to do it.”

Brighton were helped by the early dismissal of Joao Cancelo when coming from 2-0 down to beat Manchester City 3-2 but that was still a superb effort in front of almost 8,000 exuberant home fans.

Graham Potter said: “The boys had to stick in and carry on and I am just so pleased for them they get an evening like this in front of the supporters.

“The most important connection is between the supporters and the players at the football club and I think tonight would have helped that.

“The supporters were great with us; really, really good – and in the end it was a fantastic game of football.

“It’s been a tough year. We’ve suffered a lot, playing in empty stadiums, as has everybody. I think ’emotional’ is a good word to describe the feeling in the stadium.”