Here Is The Reason Why Belgium Stars Are Ready For Euros

By InnohJohn's (self media writer) | 1 year ago 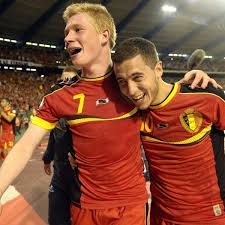 Belgium is of recent the top country in Fifa rankings. It consists of many stars including Romelu Lukaku, Dries Mertens, Thibaut Courtois and many more. But according to the player Fifa ratings, Eden Hazard and Kelvin De brune. 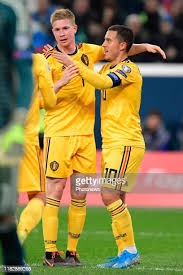 Both players seemed not be fit for the Euros but Belgium coach as opened about kelvin De brune on the upcoming fixtures. Man city star had a coalition with Chelsea defender Rudiger with led him to a minor nose frastruction. Martinez revealed that De brune looked fresh and ready to compete as he joined up with his teammates at their training camp on Monday. 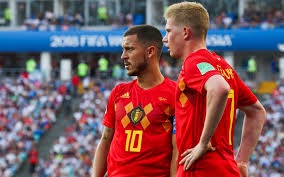 On the other hand, Eden Hazard proofed to be totally fit when he was substitued on on the end of the game with Croatia. Belgium ended up winning 1-0 thanks to goal from Romelu Lukaku. Belgium falls in group B with tough opponents including Russia, Denmark and Finland.

The news about availability of De brune and Hazard as made Belgium fans comfortable in the Euros thus making Belgium tough opponent to beat.According to the current news Belgium has been ranked as the top since now their performance seems to be improving following the known stars in Belgium.