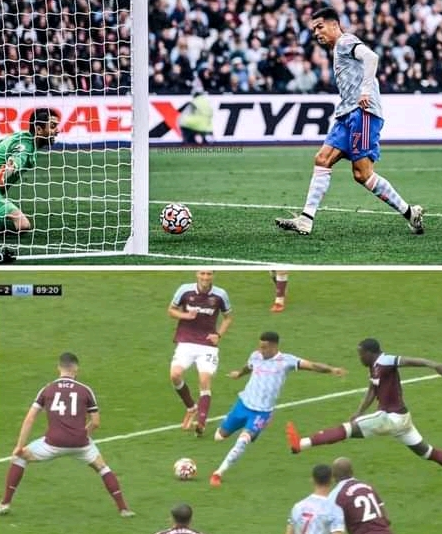 Former Newcastle United and Blackburn Forward Alan Shearer nominated Manchester United Goalkeeper David De Gea as his number one choice after a spectacular save at Stoppage time. De Gea ended 40 match curse since he lastly saved a penalty while Noble had scored most of the penalties but was unable to beat De Gea who sealed all the 3 points for United.

Alan Shearer defence comprised of Chelsea duo Thiago Silva and Antonio Rudiger who scored and kept a clean sheet for the blues in their 3-0 win alongside Bednarek of Southampton after keeping a clean sheet against Manchester City. 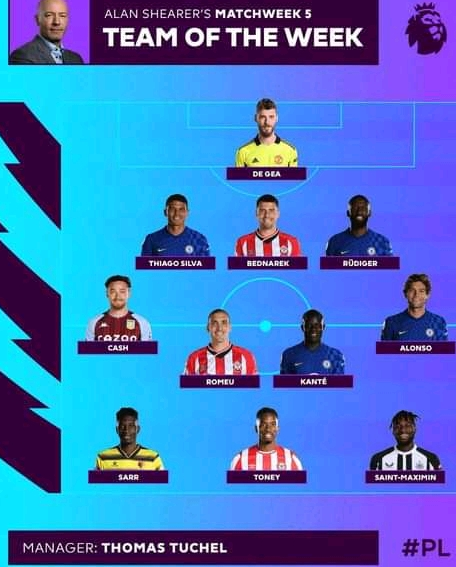 Alan Shearers midfield comprised of Cash of Aston Villa who scored and kept a clean sheet, Romeu of Southampton, Ngolo Kante of Chelsea who scored alongside his team-mate Alonso.

Alan Shearer's attack ushered in Ismail Sarr who scored a brace for Watford, Toney who scored and assisted for Brentford and Saint-Maximin who scored Newcastle United equalizer in a spectacular form. Alan Shearer's Premier League Team of the weel was under Thomas Tuchel who sealed a 3-0 victory against Tottenham last weekend.