By futguru (self media writer) | 2 months ago

Manchester United has approached former Barcelona Manager Ernesto Valverde to take over as interim manager until the rest of the season.

The Spaniard is out of job and has already held talks with Manchester United's Football Director John Murtough. He is one of five candidates on the club's list as they continue to search for a new manager.

Valverde has coached six clubs since he began his managerial career in 2002 and won two La Liga titles and a Copa Del Rey title with Barcelona. The fact that he has worked with big players such as Lionel Messi makes United trust in his ability to work with Cristiano Ronaldo. 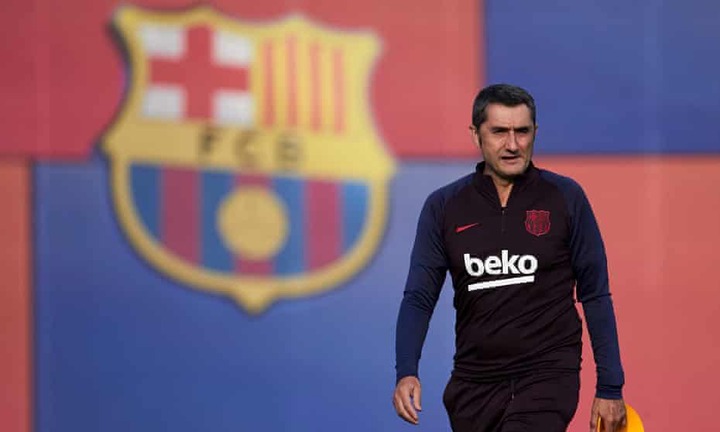 United are however understood to only want Valverde on an interim basis as they have their long term plans fixed on former Spurs and current PSG manager Mauricio Pochettino.

The 20 time English Champions sacked Ole Gunnar on Sunday and promoted his assistant Michael Carrick to take charge as a caretaker manager.

Pochettino is said to be interested in the role at Manchester United but it is not clear whether his current club PSG will allow him to leave in the middle of the season.