By Brightnewz (self media writer) | 29 days ago 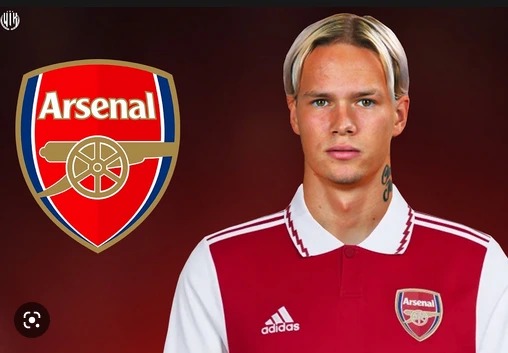 During the course of ongoing negotiations with Arsenal, Mykhailo Mudryk has joined the rest of the Shakhtar Donetsk squad on their trip to Turkey for a midseason training camp. According to Sky Sports News, ongoing conversations are taking place over the terms of a future business transaction. It is believed that Arsenal have gained confidence as a result of Mudryk's willingness to join the club. In this transfer window, the board of directors of Arsenal wish to maintain their support for manager Mikel Arteta. Regarding recruitment, there was complete consensus between the board and the manager.

There is a Good Chance That PSG Will Extend Messi's Contract.

According to Christophe Galtier, the head coach of Paris Saint-Germain, the club is currently in discussions regarding extending Lionel Messi's contract. The current contract that Messi is playing under is set to expire at the end of the current season.

According to Marca, PSG has made an offer to prolong Lionel Messi's contract at the club until 2024.

Ounahi is a Moroccan midfielder who is wanted by two Premier League clubs that have not been named.

Azzedine Ounahi, a midfielder for Angers, is attracting interest from two undisclosed Premier League clubs. The 22-year-old showed well for Morocco at the World Cup, where the African team finished in fourth place in Qatar. He started six of Morocco's seven games during the tournament. It is believed that the current leaders of Serie A, Napoli, have made an offer for the player, but it is only for the summer. Another Italian club, AC Milan, is also interested in the player.

Morocco's Azzedine Ounahi is reportedly being pursued by "major teams," according to the president of Angers, who spoke to FourFourTwo.

Joao Felix has already made the trip to London for a medical examination with Chelsea in preparation for a loan move that will last until the end of the season. Both Manchester United and Arsenal showed interest in the Atletico Madrid forward, but neither club is prepared to pay the €11 million loan fee and annual salary that are required.

Joao Felix Is Scheduled To Appear In The Chelsea Medical Akelicious

Azeez will spend the rest of the season on loan from Arsenal with Wigan.

Wigan Athletic Football Club has announced that Arsenal midfielder Miguel Azeez has been loaned to the club for the remainder of the current season. During the time when Kevin Betsy was in charge of Arsenal's Under-23 team, England youth international and current Latics assistant coach Kevin Betsy was his mentor.

Azeez, a product of the Arsenal Academy, has joined Wigan Athletic on loan – Prime Business Africa

Leupolz, a midfielder for Chelsea, has signed a new contract, making the news official.

Melanie Leupolz, a German midfielder who plays for Chelsea, has returned from maternity leave to sign a new contract with the club. After giving birth to her first child in October, the 28-year-old player is currently working her way back into the starting lineup for the first team. Since the beginning of the new year, Leupolz is the second Chelsea midfielder to sign a new contract with the club, following in the footsteps of Sophie Ingle, who did so at the end of December.

After returning from maternity leave, German midfielder Melanie Leupolz signs a new contract with Chelsea, according to the latest transfer news from Sky Sports Football News.

Content created and supplied by: Brightnewz (via Opera News )