EPL Team of The Week: No Manchester United, Chelsea and Liverpool Players Involved

By YoboNews (self media writer) | 28 days ago

The goalkeeper of the week went to Wolves' shot stopper Jose Sà who played a huge role in Wolves 1-0 win against Southampton.

The defenders of the week are Manchester City's Aymeric Laporte and Reuben Dias who ensured they kept a clean sheet against Chelsea. Aston Villa's Kourtney Hausa also makes the list after scoring a winner for Aston Villa, helping them beat Manchester United for the first time since 2009.

The midfielders of the week are Arsenal's Bukayo Saka and Emile Smith Rowe who both scored in their derby win against Tottenham Hotspur on Sunday. Other midfielders Manchester City's Bernado Silva and Everton's Doucoure who both had top performances during the weekend.

Week's best fowards are West Ham's Michael Antonio who scored a late winner for West Ham. He is also the top scorer with 5 goals. Leicester's Vardy also makes the list after his brace helped Leicester to salvage a point in a 2-2 draw. Last on the list is Wolves striker Raul Jimenez who scored his first goal since returning from a head injury he suffered last year. 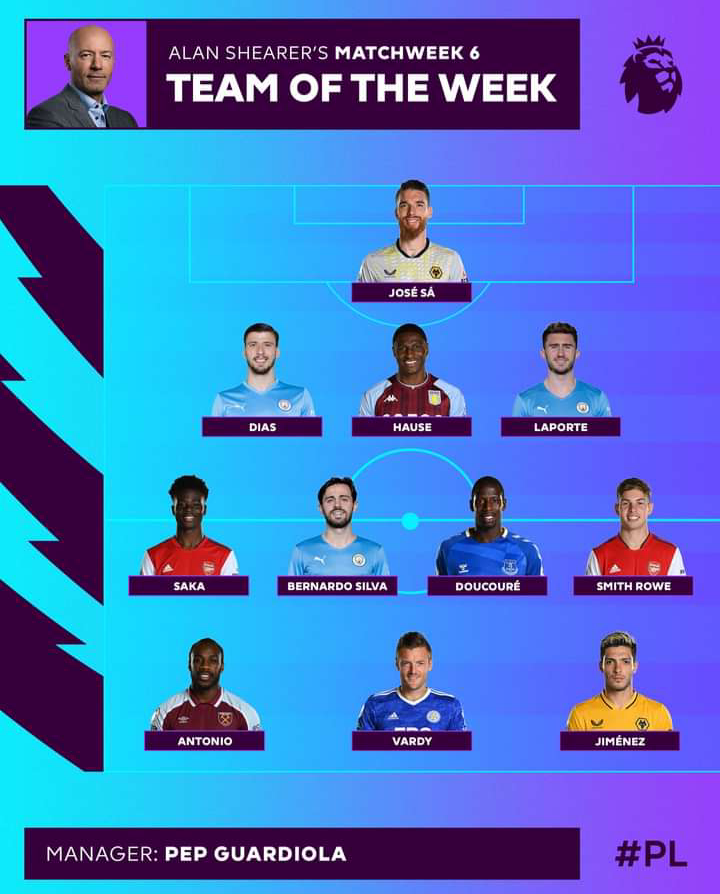