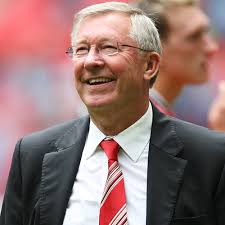 English Premier League title has a very tough competition among the teams and clubs that are yearning to win the title this season. Sir Alex Ferguson has seen the game of each club and gives his view on the team that can win the premier League title. The top four teams as per now they include; Manchester City, Manchester United, Leicester city and Liverpool football club. In the first leg Chelsea was leading then Tottenham Hotspur football club.

Liverpool football club are not consistent in Winning this season and this will hinder them from winning the league title or even miss to finish among the top four teams. Manchester United has to work tirelessly to come at the top of the league.

Alex Ferguson Liverpool Manchester United Premier League Tottenham Hotspur
Opera News is a free to use platform and the views and opinions expressed herein are solely those of the author and do not represent, reflect or express the views of Opera News. Any/all written content and images displayed are provided by the blogger/author, appear herein as submitted by the blogger/author and are unedited by Opera News. Opera News does not consent to nor does it condone the posting of any content that violates the rights (including the copyrights) of any third party, nor content that may malign, inter alia, any religion, ethnic group, organization, gender, company, or individual. Opera News furthermore does not condone the use of our platform for the purposes encouraging/endorsing hate speech, violation of human rights and/or utterances of a defamatory nature. If the content contained herein violates any of your rights, including those of copyright, and/or violates any the above mentioned factors, you are requested to immediately notify us using via the following email address operanews-external(at)opera.com and/or report the article using the available reporting functionality built into our Platform