THREE POSSIBLE Line Ups That Chelsea Can Use To Claim UEFA Champions League and EPL Next Season.

By Collo_seska (self meida writer) | 13 days

Under their new coach Tomas Tuchel, Chelsea FC have really improved their performance by high percentage. He has assisted the club to finish top four and this means they will be available in the next season's Champions League. 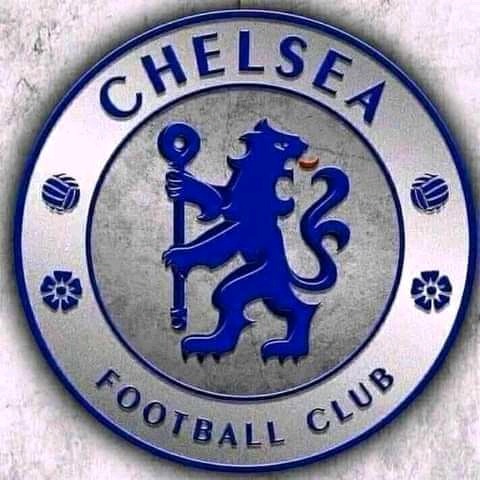 After staying at the club for not more than two months, the coach has already claimed the UEFA Champions League after beating EPL winners Manchester City 1-0 in Porto, thanks to the strike from Germany star Kai Hevertz. 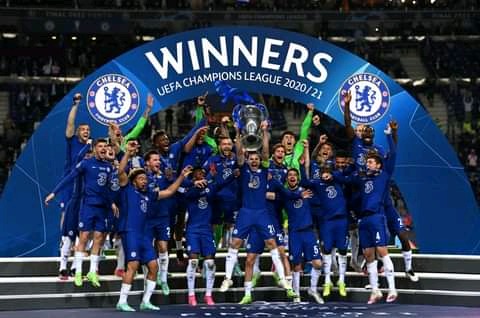 The club has a number of good players such as Kai Hevertz, Hakim Ziyech and Eduardo Mendy who played a vital role in their victory over City. 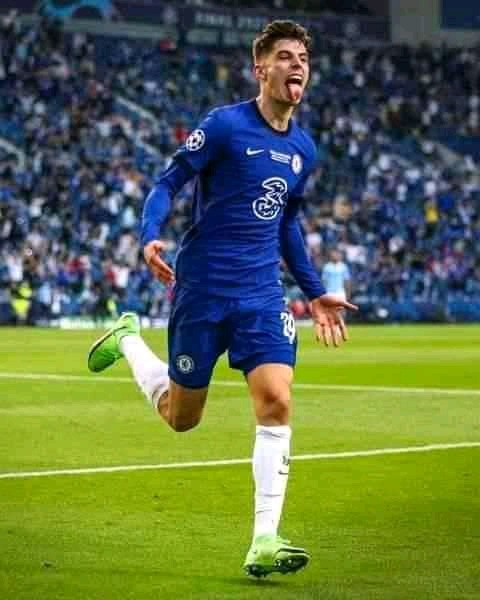 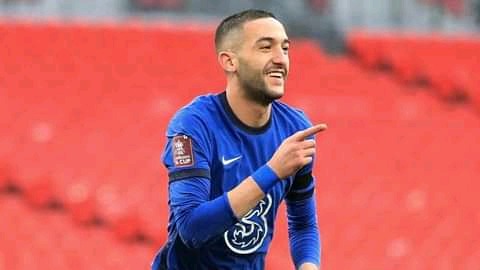 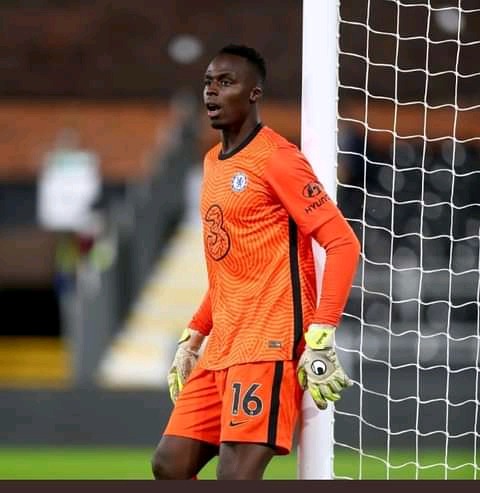 Now, with the all players being available for next season, let's see the possible line ups that Tuchel can apply to dominate the game:

This is the formation that coach Tuchel has been using recently.

In the goal post we will have Eduardo Mendy.

The three defenders will be Antonio Rudiger, Andreas Christensen and Thiago Silva who will be the captain.

Ben Chilwell and Reece James will be flying on the wings and will be there to help the defence when in need.

Ng'olo Kante, Mason Mount and Matteo Kovacic will dominate the Midfield while Christian Pulisic and Kai Hevertz will lead the attacking. 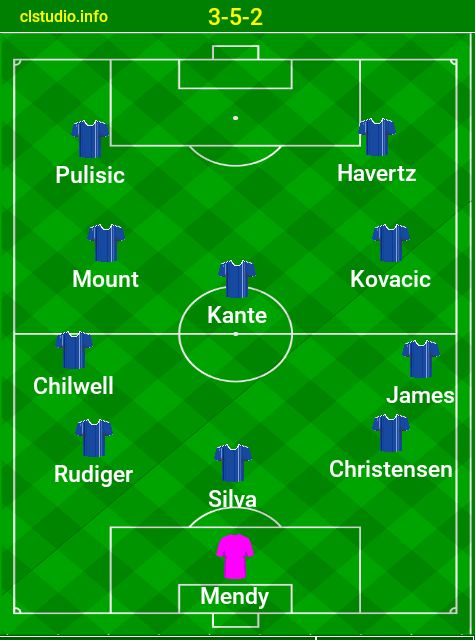 Mendy will be in between the posts, Ben Chilwell (LB), Reece James (RB), Andreas Christensen (CB), and Thiago Silva (CB), will be in the defence line.

The two holding midfilders will be Ng'olo Kante and Jorginho. Mason Mount will be number 10 at the Attacking Midfield. 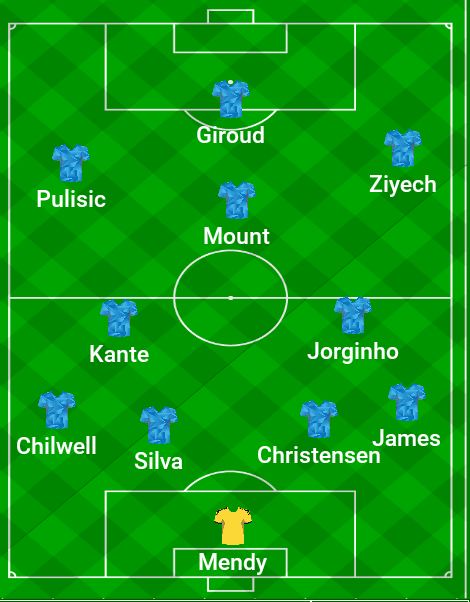 As usual, the goal will be dominated by Eduardo Mendy.

Ben Chilwell, Thiago Silva and Reece James will be the defenders.

Kante and Kovacic will play the holding midfilders role while above them, Mount and Jorginho will be the central Midfielders.

In front we will have Timo Werner as the left Winger, Hakim Ziyech as a right winger and Christian Pulisic as the Center Forward. 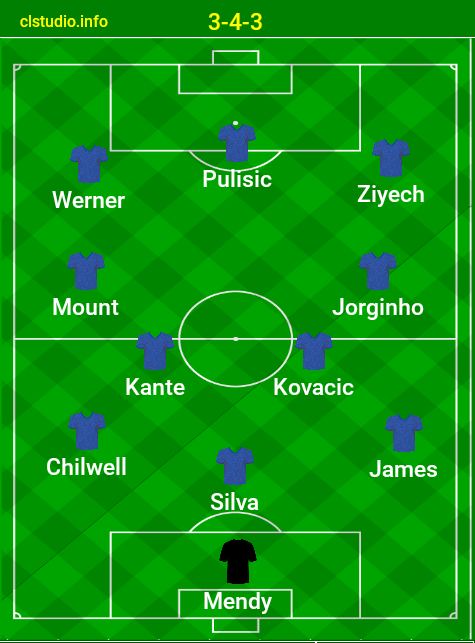 Which of the three line ups do you think will be more competitive next season?