By YoboNews (self media writer) | 8 months ago

The most famous and competitive league in the world of football,the Premier league returned to action last weekend after taking a break to give room to the world Cup qualifier matches played around the world.

The match week which obviously was marked with the return of Cristiano Ronaldo to Manchester United presented pretty much enjoyable games resulting to changes in the premier league table standings. The previous league leaders who were yet to lose a game, Tottenham Hotspur are now pushed to number five after they were clobbered 3-0 by Crystal Palace at Selhurst Park, London.

Manchester United took over the mantle from the Nuno Santos side. They moved top of the table after Cristiano Ronaldo who was making his second debut for the club bagged a brace and Bruno Fernandes and Jesse Lingard both scored one goal each to help them beat Newcastle United 4-1 at Old Trafford. Manquillo scored the consolation goal for the visitors.

Chelsea FC who now sit second on the table also had a good game at home easily getting passed Aston Villa 3-0.Romelu Lukaku scored a brace as Mateo Kovacic also found back of the net. Here's a full list of matches which were played on Saturday: 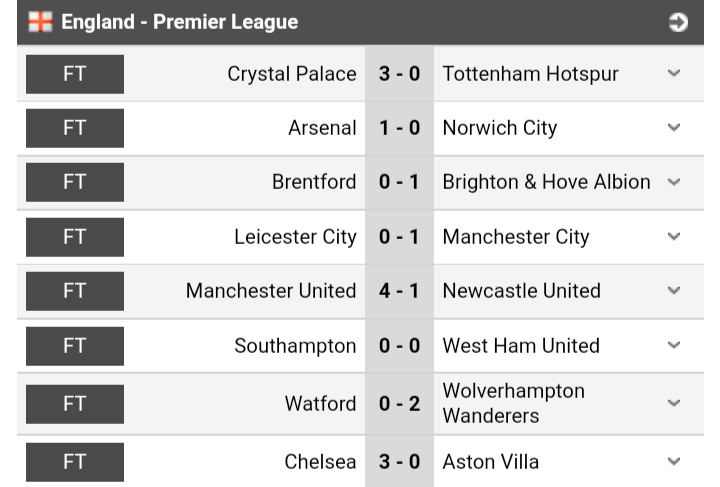 On Sunday only one match was played as Leeds United had a bad home game after Liverpool defeating them 3-0. Mo Salah, Fabinho and Sadio Mane were on target for the visitors. Liverpool are now joint top with Manchester United and Chelsea FC. 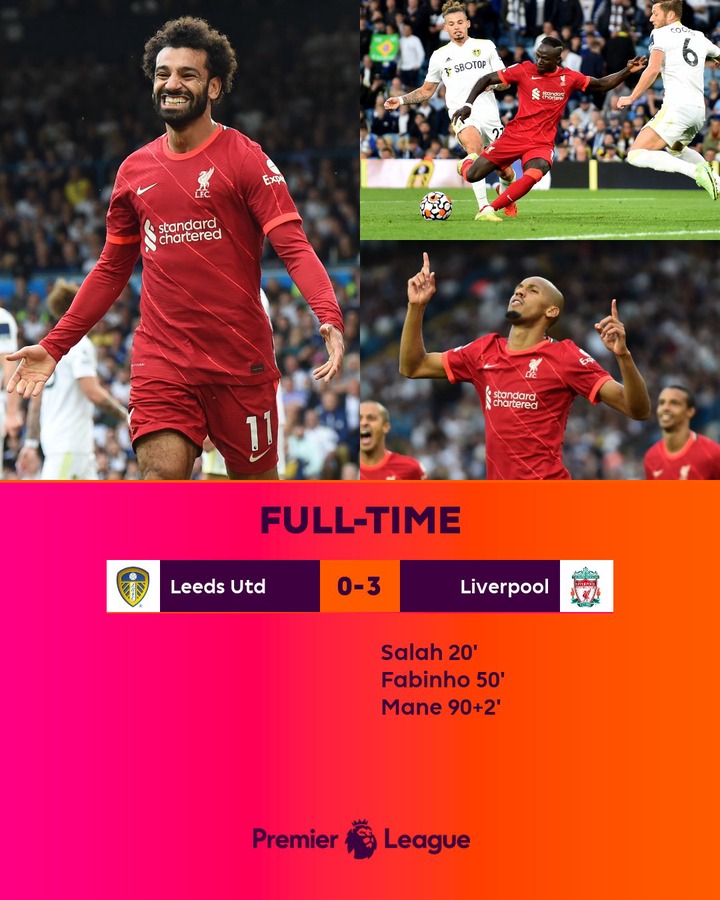 Here's how the table look like after last weekend's matches: 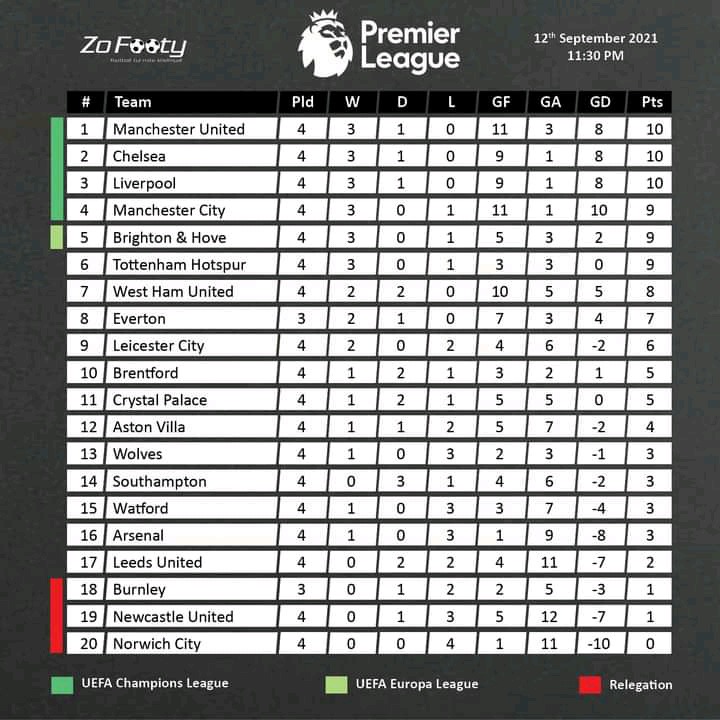