By Veronika (self media writer) | 5 months ago

Winning games has come easily to Galatasaray on their own patch of late, as they have triumphed 18 times in their most recent 21 matches at the top table of the Super Lig. Hatayspor, on the other hand, have found the going extremely tough on their travels in the last few months, suffering six defeats in eight fixtures in the Super Lig.

The deadlock has been broken at some point in 17 consecutive Galatasaray home matches in the league, so achieving consistency has not proven too difficult on this particular front. Given that just one of the previous 20 Hatayspor away games at this level has finished scoreless, it would come as a shock were these teams not to conjure up at least two goal.

At least one of the two goalkeepers has emerged with a clean sheet from five of the previous six Galatasaray home games in the Super Lig, so thrillers have been few and far between at the home Stadium. As for Hatayspor, just four of their most recent 17 away matches at this level have produced goals at both ends, which doesn’t offer much hope.

Galatasaray have been like an absolute juggernaut at home stadium in recent times, winning various of their previous 20 Super Lig matches at the venue and scoring at least three times in each of their last six. 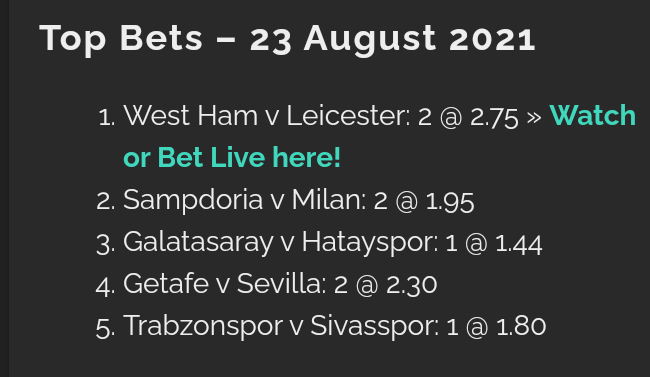 Bamkuu, The Kenyan Wonderkid, Destined For Greatness After Signing A Contract With French Outfit