Divock Origi will fly to Milano in the next hours, arriving on Monday night in order to undergo medical tests and sign the contract as new AC Milan player. Origi joins Milan on a free transfer after many great years as Liverpool player. 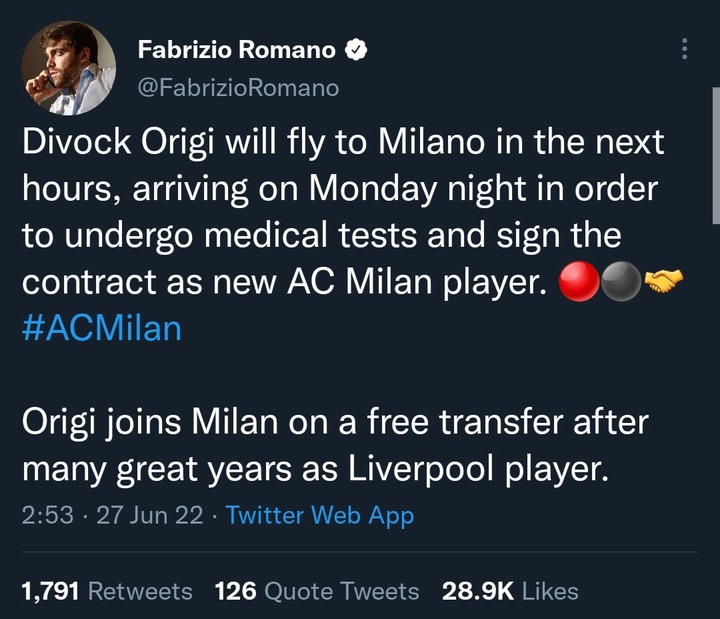 Official and confirmed.Christophe Galtier leaves OGC Nice as he’s set to sign with Paris Saint-Germain as new manager. It will be resolved and completed this week.OGC Nice have announced former Borussia Dortmund’s Lucien Favre as new manager, club statement confirms. 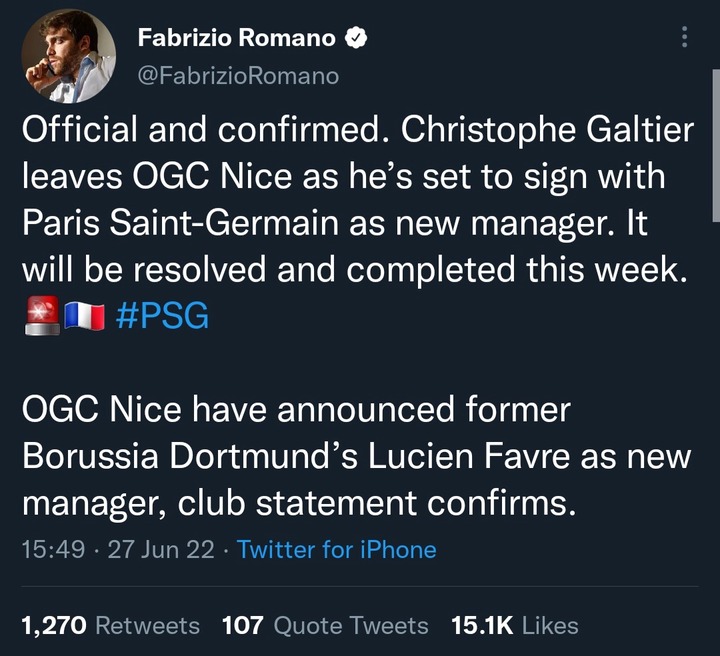 New contacts will take place soon for Antony. Player’s camp wants Ajax to consider potential proposals already this summer, as reported last week. Ajax insist they want €80m.Manchester United, focused on de Jong but Antony’s still one of the top names in the list.Antony situation. Manchester United are really interested and already had contacts to explore potential deal - not the only club, but with ten Hag pushing.Been told player’s camp now asking Ajax to listen to bids for Antony this summer, even if price tag will be high. 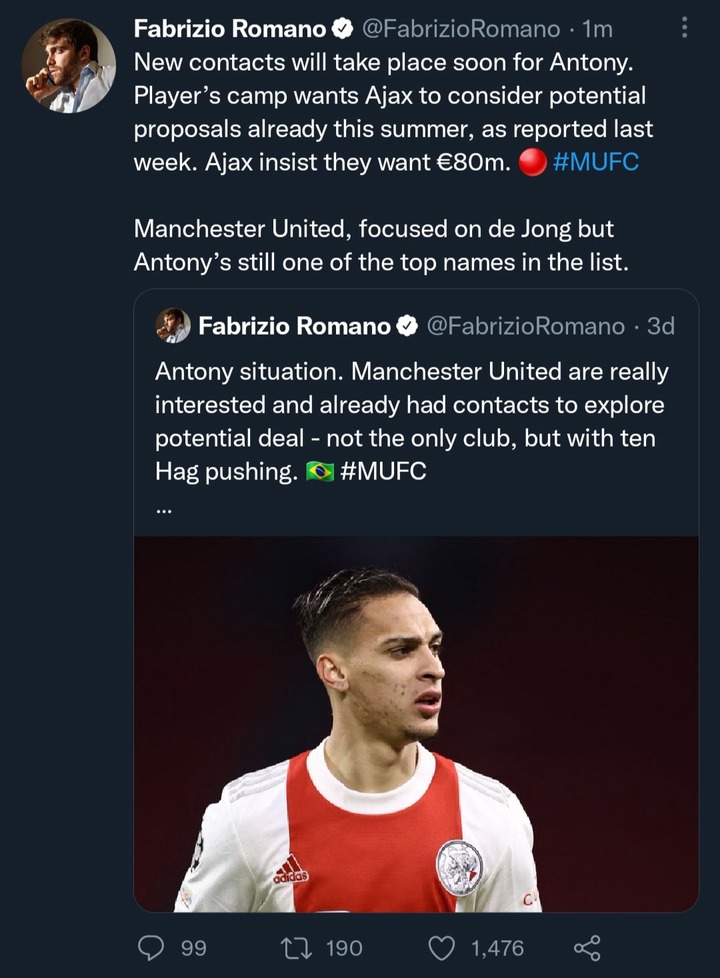 William Saliba situation. Rumours on loan move are wide of mark, Arsenal board and Mikel Arteta both count on Saliba as part of the team for next season. Been told situation could only change in case of crazy bid. Arsenal trust him - keen on discussing a new contract. 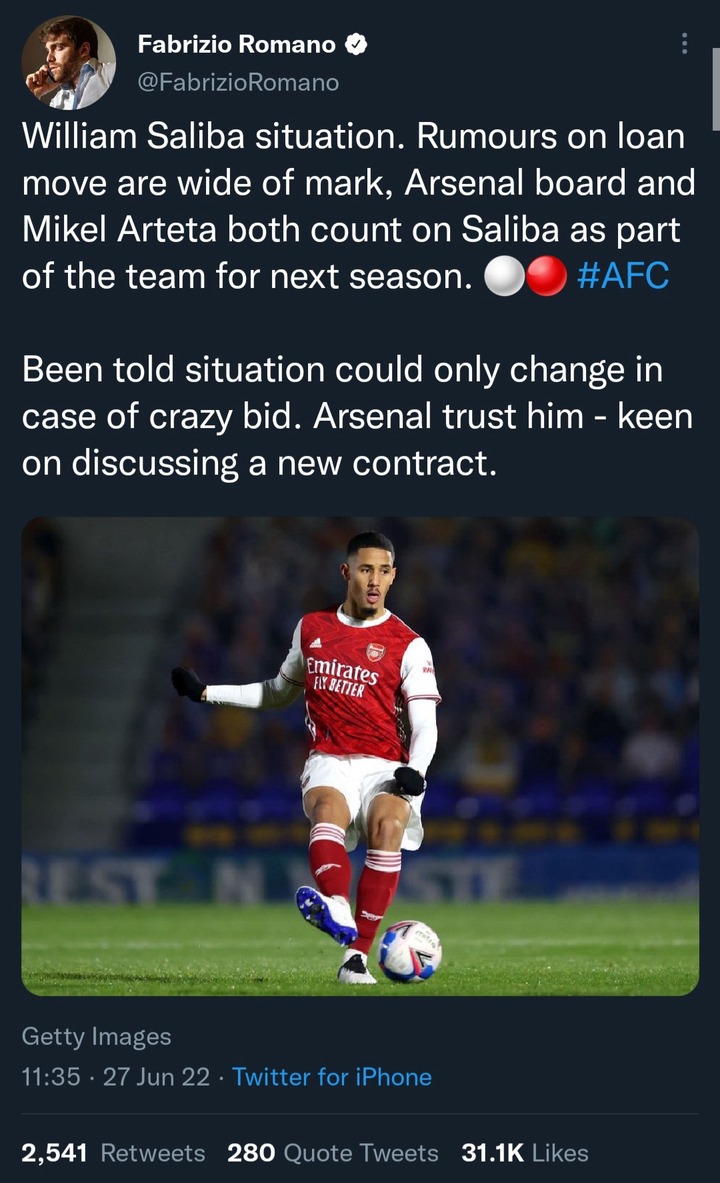 Luís Suárez, more than a dream for River Plate. But Luís’ still taking his time to answer after final proposal - River are waiting for communication by Suárez this week .The proposal is there on the table for Suárez to replace Julián Álvarez, set for City new chapter. 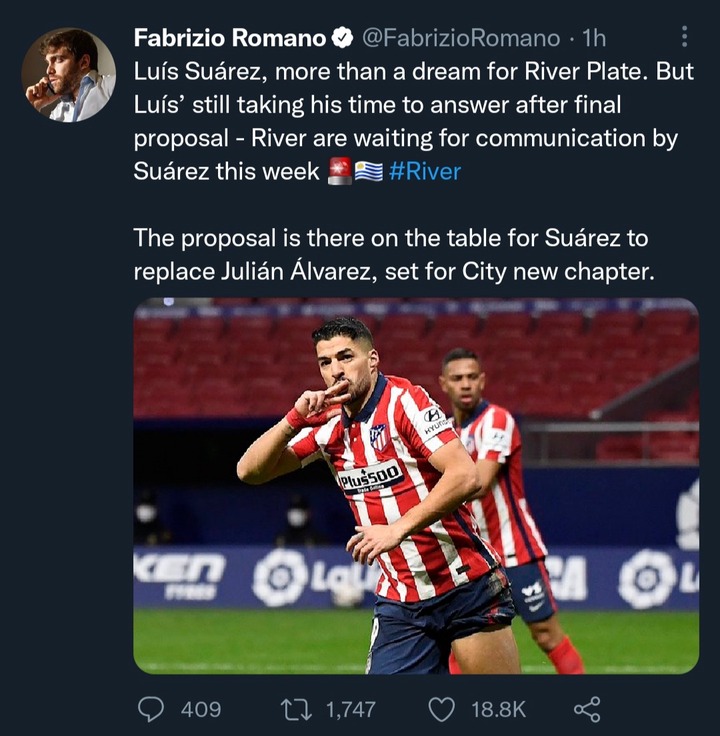 Arsenal have submitted a new bid for Lisandro Martinez, as reported by @MikeVerweij. €40m with add-ons included, but Ajax always asked for €50m fee. Man Utd have also been in touch with his agent Again, Ajax have no intention to sell both Lisandro and Jurrien Timber. 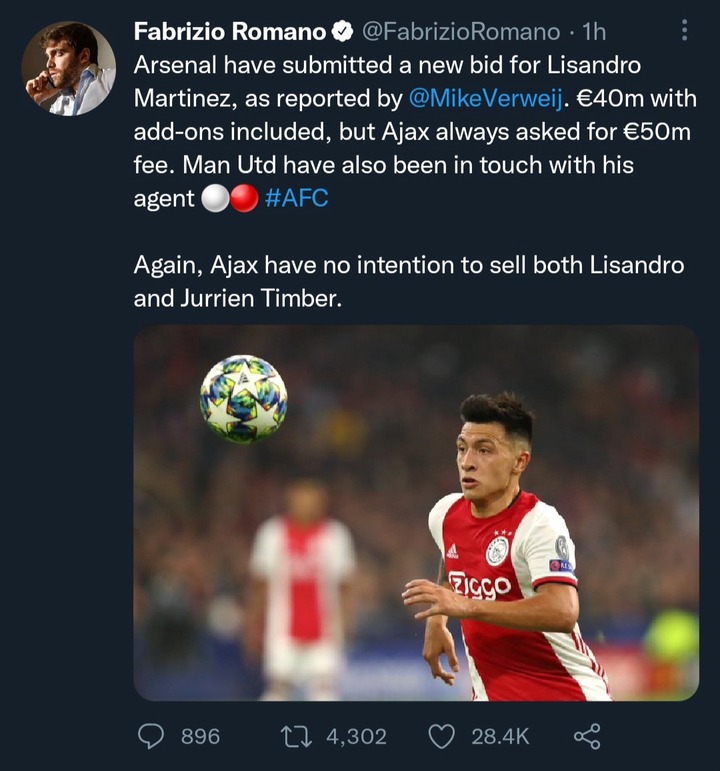 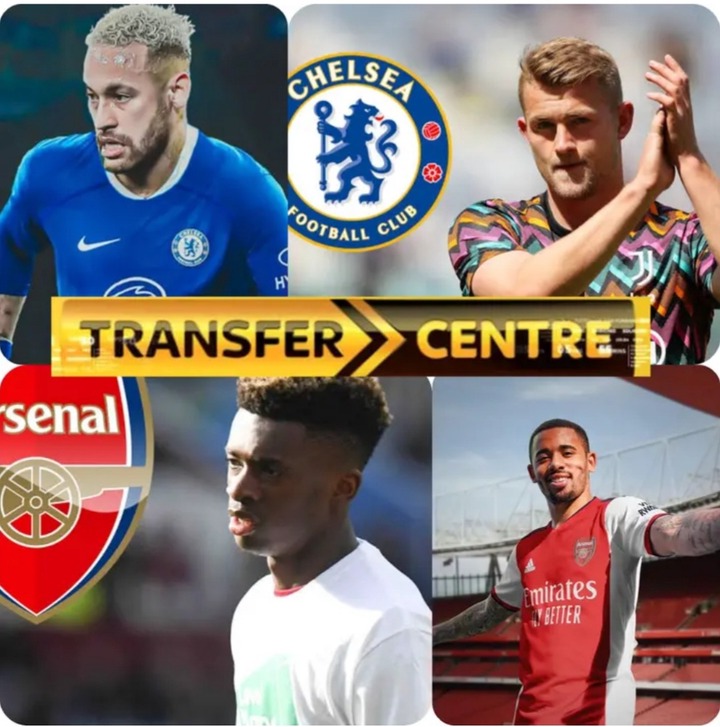