In Football there are many moments some with good moments that make one happy but there are also those that always make players shed their tears either at the field or when leaving the field. For this article I have only five heartbreaking moments to be remembered in the world football injury;

Mohamed Salah I jury In Finals With Real Madrid.

Sergio Ramos shoulders Mohamed Salah out of the Final,the reds forward suffered sprained ligaments in his shoulder and had to leave the field. Salah get out with tear's cousins his team to loss 3 goals to 1 for Real Madrid. Actually this day was heart breaking for Liverpool players and even fans since they had hopes of winning the trophy in 2018. 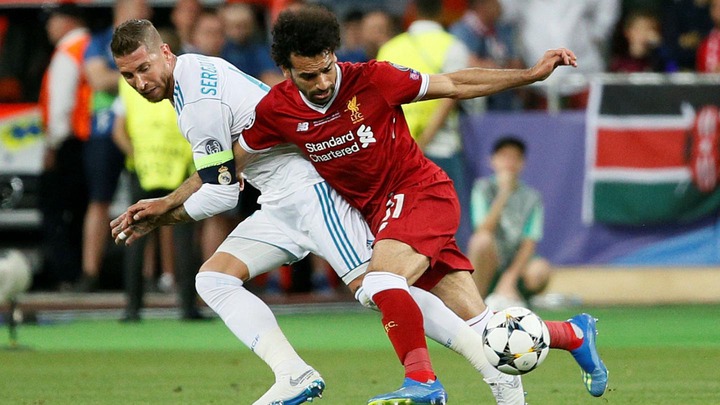 Argentina has never won a major trophy with Lionel Messi, he once remains blemish in his stunning career in 2016. Argentina have been set off 4 times in Finals with Lionel Messi but the most heart breaking Moments is 2016 in Copa America Finals. Chile won for two consecutive times after over coming the victory by winning against Argentina. This time Messi being of the national team he was the one to determine which team to win trophy but he eventually losses the penalty. The world best footballer face hard situation after missing the penalty really Argentina striker was forced to shed tears infront of the fans. 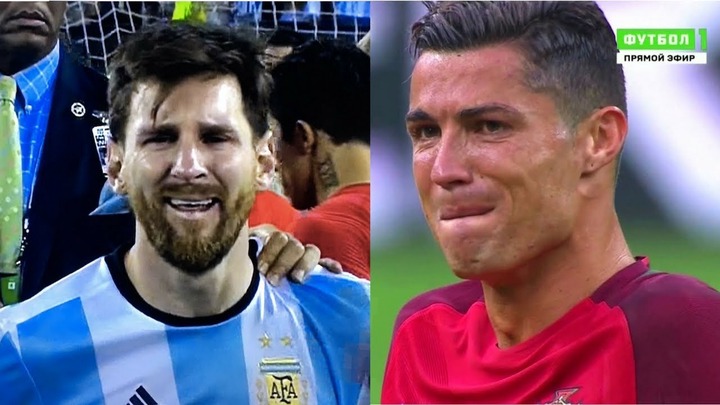 Portogal striker was forced off injured in Euro 2016 final just after 25 minutes in final with france. Ronaldo was injured after collision with Dimitri Payet, Juventus star suffered a cruciate ligament sprain in his left knee. Portogal was forced out of the game shedding tears but at the end Portogal won1-0 after Eder scored in 90+6 minutes.

Ronaldo Luis Nazario de Lima is a Brazilian retired footballer who played as a striker. The striker once had a serious injury with a complete rapture of his knee-cap tendon which is more complicated injury while jumping for across in Ac Milan 1-1 draw with Livorno. The injury marked the end of his career since the player could not recover from his injury.

The Brazilian professional footballer playing as forward out of 2014 Fifa world cup back injury. Neymar was ruled out of the world cup with a broken bone in his back sustained 2-1 with Colombia. Neymar was in tears as he was carried off on a stretcher before being taken to hospital.

Six Sure Predictions This Sunday

Sunday Well Analysed Tips That Will Reward You Well