Check Out The All Time Uefa Champions League XI

By FootballEinstein (self media writer) | 6 months ago In goal we will go with former Real Madrid shot stopper Iker Casillas. He has been successful at the champions league considering he lifted the trophy 3 times. He was also the youngest goalkeeper to win it. Closely behind him is Bayern's Neuer who has impacted the game in terms of how goalkeepers play but Casillas takes the edge. At the right flank will be Dani Alves who has been successful in his exploits at Barcelona. Also impacted the game in terms of the right back position. He is a legend a deserves a spot on this list.

The first center back to will be obviously former Real Madrid captain Sergio Ramos. Joining him is Ac Milan legend Paolo Maldini. The man had his shirt number retired. There is nothing much more to say.

On the left flank is yet again another Real Madrid player Marcelo. He put his finesse on the left back position and could influence the game by himself.

On the bench would be players like Philip Lahm, Roberto Carlos, Nesta and Ashley Cole 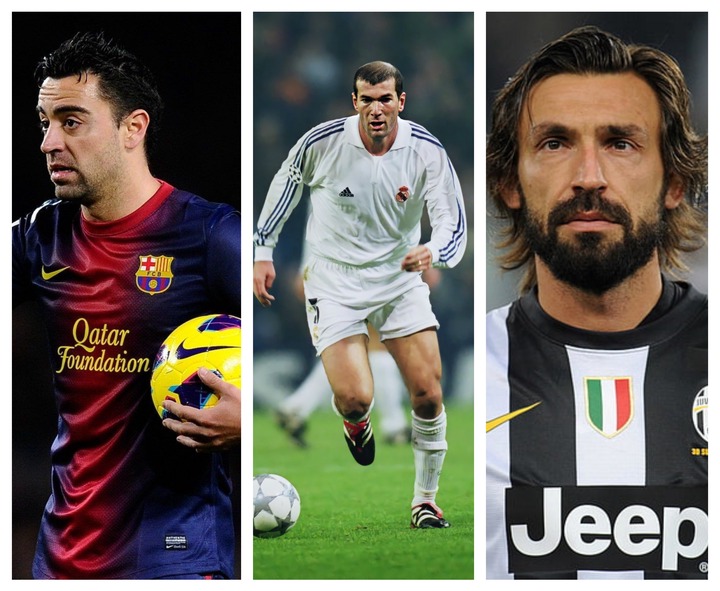 We will kick this off with Spain international Xavi. He is simply a genius with the ball, can carry the ball and has a 999 passing IQ.

I will pair him with Juventus and Italian former player Pirlo. He was simply a joy to watch with his elegant football.

Rounding up this talent packed midfield is Zinedine Zidane

On the bench will be Iniesta, Modric, Gerrard, Seedorf and Ronaldinho On the right wing and left wing are the football GOATs Messi and Ronaldo respectively. They both have lifted the trophy numerous times and have dominated world football for a decade.

In my centre forward position is Samuel Etoo. I have to include an African in this list and he was the best option having clinched the title 3 times. He was one of the crucial players that won it the then overlooked Inter Milan side.

Coming in on the bench will be world class players like Benzema, Bale, Raul, Ronaldo de Lima. 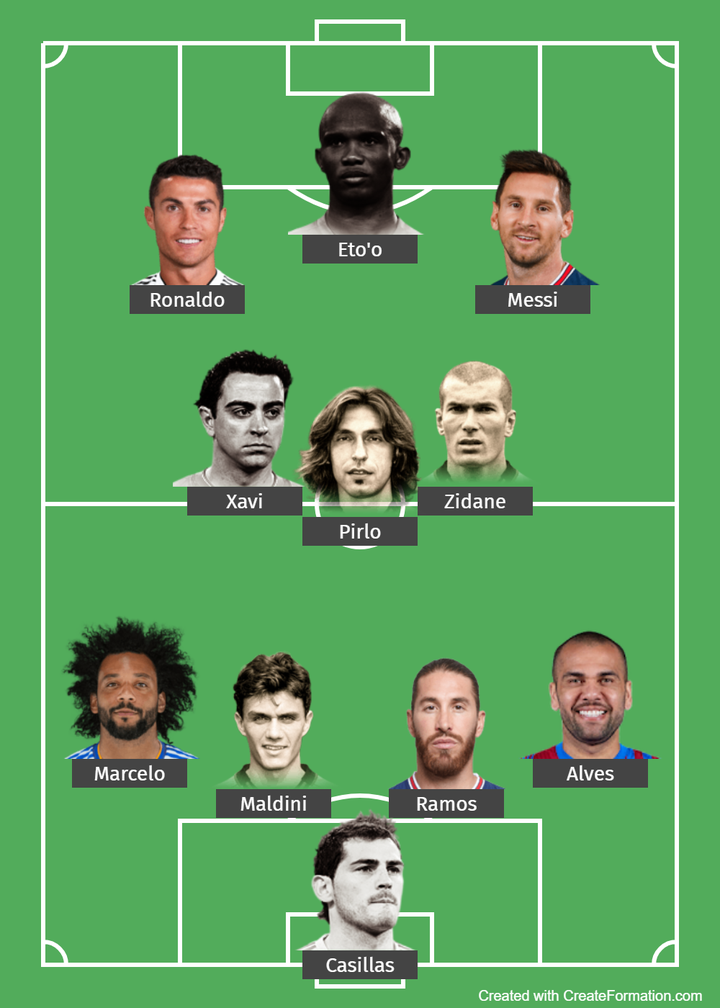