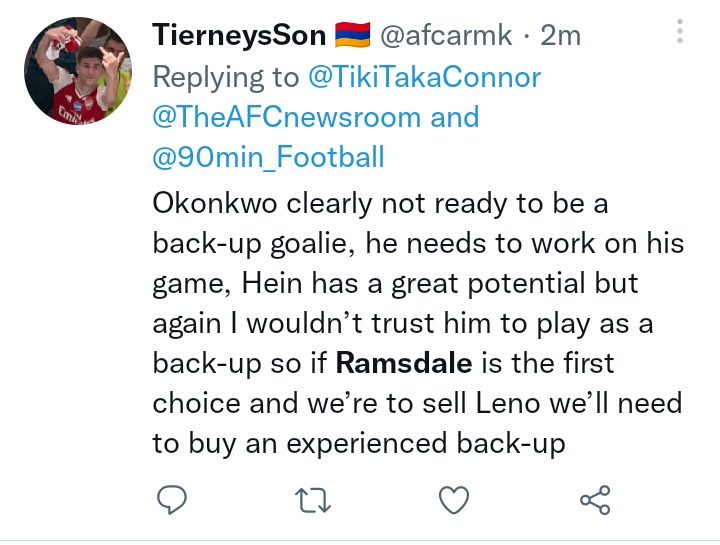 Arsenal fans have been equivocal over the promotion of Arthur Okwonkwo into the first team after rumor making rounds suggested that Arsenal were planning to offload Bernd Leno in the next summer transfer. Fans believe that Okwonkwo is still fragile in between the sticks especially after a disaster-class performance against Hibernian during the pre-season. 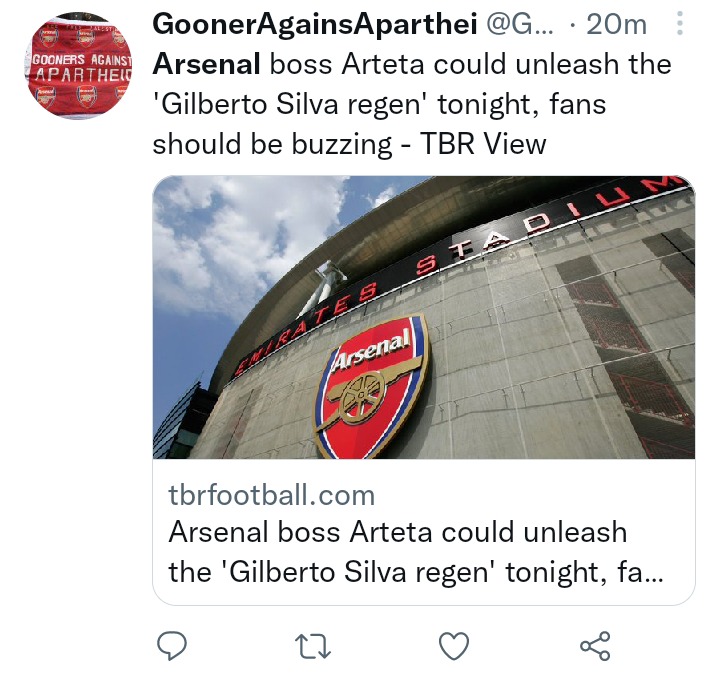 In stride of maintaining a young squad, Arsenal is preparing to usher 17-year-old Charlie Patino into the first-team squad following a series of impressive performances he has showcased in the Under 23 league. Patino was recently spotted training with the Arsenal team at Colney and fans believe that these are early signs of Mikel Arteta’s plans to recruit the player into the first-team squad. 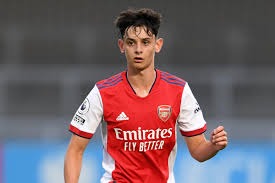 Patino is currently a regular starter in the Under 23 squad following his induction to the team last year. Arsenal scouts have held him in high regard and have accordingly recommended his promotion to the senior team once he turns 18 years next month. Inside sources have also said that Mikel Arteta is a big fan of the player and their relationship in training has been described as “symbiotic” by journalists. 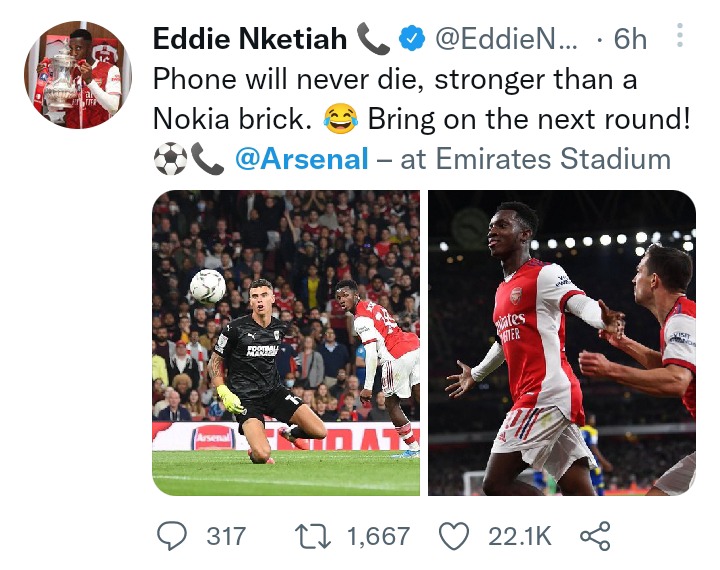 Eddie Nketiah took to Twitter to thank Arsenal fans for their immense support yesterday as Arsenal thrashed Championship side AFC Wimbledon 3-0 at the Emirates. Nketiah scored a graceful backheel goal to guarantee Arsenal’s progress into the round of 16 of the coveted cup campaign. He has now opened his account for the new season and will be looking forward to adding to his tally in the fixtures to come.