"Woodward is Smarter" Ole has Done it Again. United Outsmart PSG for a Star Defender

By DrArogo (self media writer) | 1 year ago 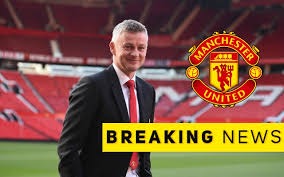 Manchester United is on high alert to strengthen it's squad during the summer signing. The Red Devils have been linked t a number of players and they are confident to seal one or two transfer targets in their efforts to reclaim their Glory which has been missing since the departure of Sir Alex.

Ole and the United hierarchy have signed a number of world class players and it seems that they are not stopping there until the club is full of quality players. United have been linked to various players like Jodon Sancho, Jack Grealish, James Madison, Saul Niguez, Kaulibaly among other big names.

However there are reports that Paris St Germain have pulled out of the race for Kalidou Koulibaly because of pressure from Manchester United. The French giants have cited financial muscles by the England giants as a stabling block to actualize the deal with United poised to be in a prime position of sealing the deal. The sought-after defender is widely expected to leave Napoli after six seasons with the Serie A outfit and United are keen for his signature so that he could partner with Harry Maguire in the heart of defence. 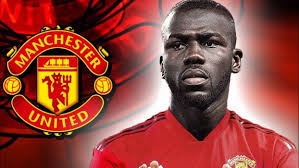 Club president Aurelio De Laurentiis had previously valued the Senegal international at more than £100million but the financial impact of COVID-19 could see a bid in the region of £75million accepted. The player has been sidelined for some time due to an injury problem and he's expected to gain full fitness by the time the league resumes.

According to the reports by The Express cite L'Equipe have said that PSG have abandoned their attempts to land the Napoli centre-back partly due to strong pressing from United. This will be a plus for the Ole Gunner side as Kaulibaly is one of the greatest center-half player in the world currently.

What's your thoughts about this new development, is it worth it?

Ronaldo Had His Eyes On The Silverware under Erik Ten Hag