Free Jackpot Predictions to Earn you Cash this Friday 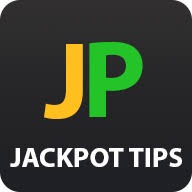 The Betika Sababisha daily jackpot will be on this Friday as six games across different leagues have been selected for the jackpot. Provided below are our analysis and predictions for the matches: -

Rizespor have witnessed five loses and two wins across their last five games while their Friday visitors have won four and drawn two of their last six games. Fenerbahce have won six and lost just one of their last seven meetings with Rizespor. We are backing an away win

Both teams have managed three points in their last four league outings with the hosts drawing three and losing one while their visitors have won one and lost the other three. Gent are unbeaten against Eupen across their last six meetings. We are settling for a draw