Why Ten Hag might have decided to stick with De Gea despite De Gea's weakness on the ball. 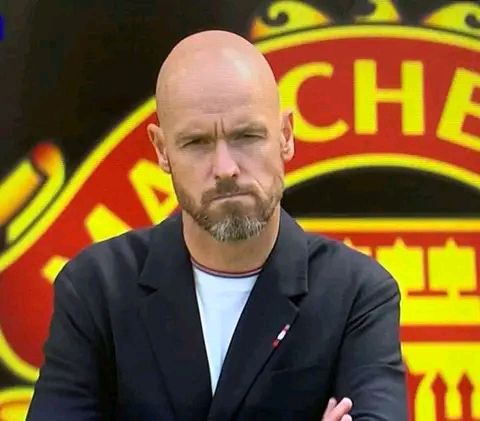 Manchester United announced Eric Ten Hag as their new manager towards the end of last season.Ten hag was to take over as the new manager once the contract of the interim manager Ralf Rangnick had expired.

Ten hag was expected to make a lot of changes to the Manchester United squad as most of the players in the team were deemed to be below the expectations and others could not adapt to the Eric ten Hag system of play.

One of the player many of the football fans expected to be axed from the Manchester United starting eleven was their goalkeeper David De Gea.

De Gea has always been seen as someone who cannot adapt to Eric ten Hag system. Ten Hag always wants a goalkeeper who is always good with the ball on his feet, can command his defence and and can distribute the ball well to his player.

All this are missing in De Gea, this could easily be seen in the United game against Brentford when De Gea decided to pass the ball to Eriksen who was already marked by a Brentford player. It results to Brentford second goal.

Spain manager Luis Enrique seems to had notified this from De Gea and he don't normally call him in his squad this days.

Ten hag knew all De Gea's limitations on the ball before the start of the season but maybe he decided to stick with him in his squad over fear that too many changes in his first summer could cause too much disruptions.

Ten hag might be forced to look for another goalkeeper in the winter transfer window or next summer to help him implement his system fully at Old Trafford. 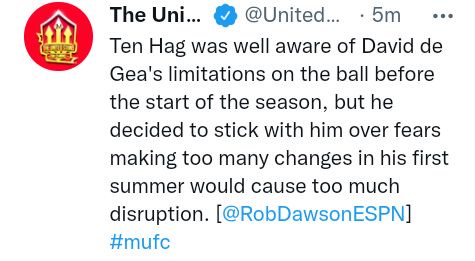 TAKE CARE: Top 5 Food You Should Take To Clean Your kidney

Alleged Details Emerge On What Raila Odinga Might Be Silently Planning