Who's won September Goal of the Month ?

By Delaruecantona (self media writer) | 3 months ago 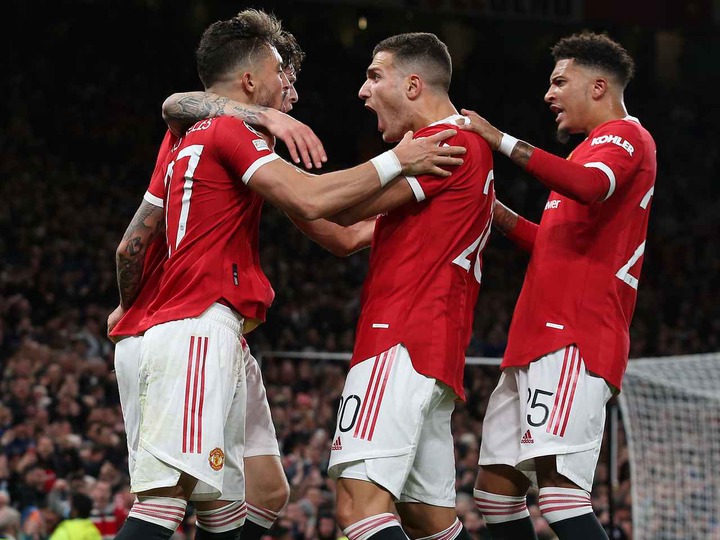 Brazilian left-back Alex Telles has guaranteed Manchester United's Goal of the Month grant for September 2021, as remuneration for his hair-raising volley against Villarreal in the UEFA Champions League.

You never get another opportunity to establish a first connection, so the truism goes, and it appears to be the 28-year-old has accepted that exhortation to heart.

The previous Porto man was splendid on his United introduction – in a back five away to Paris Saint-Germain – and left an also noteworthy engraving with his first goalscoring exertion for the club.

Fans had the option to look over 12 strikes in our GOTM survey, yet Telles arose as the reasonable victor, in any event, beating commitments from chronic champs Bruno Fernandes (the victor of last month's honor) and Cristiano Ronaldo.

It's Telles' first close to home honor since joining the club a little more than a year prior, and an indication of both the quality and the worth of the objective being referred to.

United were 1-0 down to Unai Emery's group on matchday two of the Champions League bunch stage, having as of now lost against Young Boys in Bern on matchday one.

A subsequent loss would have left us lower part of Group F, with intense away outings to both Atalanta Villarreal still to come.

So when Bruno's dinked corner floated towards Telles at the edge of the punishment region, something exceptionally extraordinary was required.

The Portuguese's pass was sufficiently exact, yet not awesome. Alex discernibly needed to correct his body to guarantee he associated viably with the ball, yet he smoothly found himself mixed up with position.

What came next was insistent. A bolt straight left-footed slug, which zoomed through the packed box and past the somewhat unsighted Geronimo Rulli in the Villarreal objective. The Stretford End ejected.

United proceede to win 2-1 because of Ronaldo's pivotal late champ, yet the significance of Telles' work of art has unmistakably not been forgotten by the Red Army. The Brazilian earned a monstrous 49 percent of the general vote, unmistakably beating Bruno's long-range shocker against Newcastle and Jesse Lingard's game dominating strike at West Ham.