Take A Look At The Carabao cup Third Round Draw.

By Kenaramz (self media writer) | 5 months ago

Carabao cup which is a competition that brings together teams from all over United Kingdom irrespective of the league one plays in is already out and different clubs and their fixtures in the third round is already out for them to view.So we want to bring to your fingertips the clubs your favourite team will be meeting when they play in the third round for those clubs that finished top eight in the previous season. 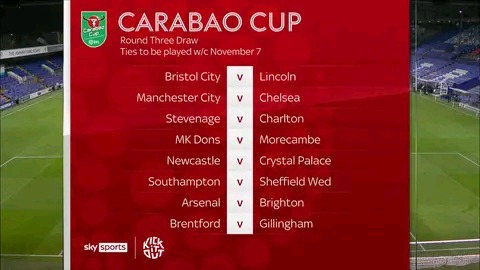 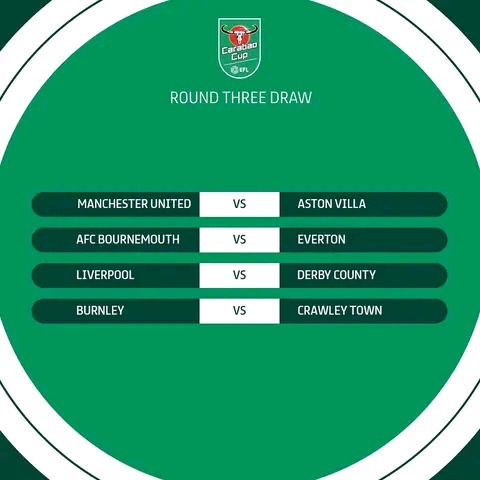 CHELSEA FACE OFF WITH MANCITY.

These two clubs have always proven since time immemorial that their their duel is never predetermined because for one reason any of them can just win the match.Chelsea for instance once knocked out Manchester city in the UEFA champions league finals which was the closest Mancity has come to winning the champions league.Last season however Pep Guardiola's men settled some scores when they thrashed the blues home and away. 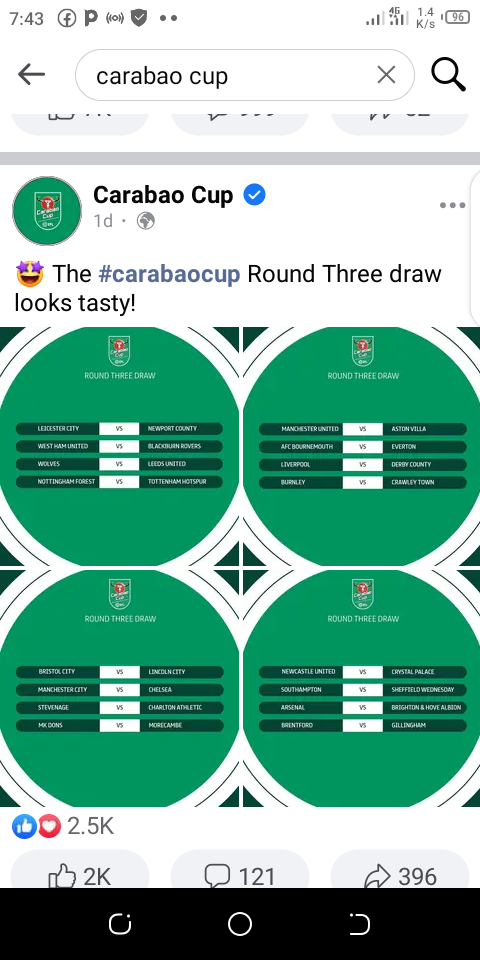 United are currently trying to find back their form and will be going about this game with a lot of inspiration after beating their bitter rivals Liverpool two goals to one in their home turf.Aston Villa can also not written off owing to the fact that they have recently developed a tendency of beating Manchester united with ease.Last season they beat the Manchester based club twice in both halves of the fixtures and will be looking to extend their good runo for form against the Manchester based club.

ARSENAL FACE OFF WITH BRIGHTON.

It is worth noting that as we speak the gunners are in their best form since 2019 when they won the Emirates FA cup and as they face off with a rejuvenated Brighton you can sure it's going to be quite a match.Brighton have also performed very well against the gunners because out of their ten meetings they have won four of them.