Erik ten Hag's reign as Manchester United manager got off to a nightmare start with a 2-1 victory over Brighton at Old Trafford on the opening weekend of the Premier League season.

Any hope of a fresh start for United following a disastrous 2021/22 season was dashed within 45 minutes as Pascal Gross struck twice to put Brighton in command. 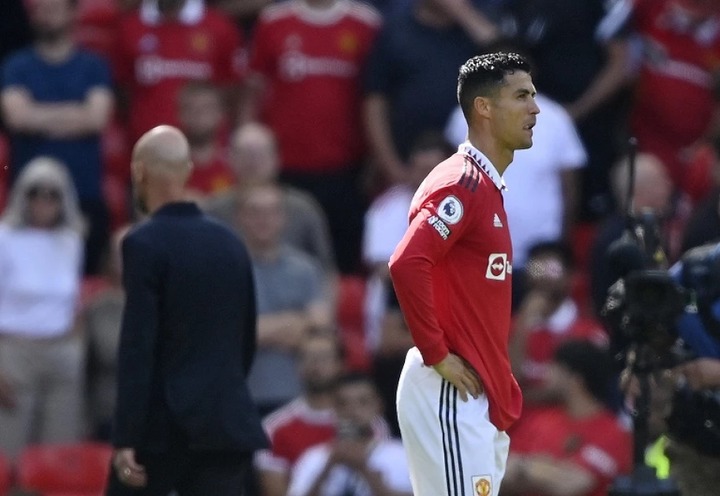 Alexis Mac Allister's own goal gave United a foothold in the game, but they never looked like regaining control, highlighting the magnitude of the task ahead for Ten Hag.

Cristiano Ronaldo, who had only recently returned to pre-season training, was left on the bench by the former Ajax manager.

Ronaldo is reportedly looking to leave Manchester United in order to play in the Champions League this season.

United, however, lacked a focal point in their attack without the five-time Ballon d'Or winner, as Christian Eriksen began in an unfamiliar role as a false nine.

If Bruno Fernandes had not blazed over a glorious chance on six minutes, the outcome could have been very different.

The apex of United's nightmare season, in which they finished sixth in the Premier League, came in a 4-0 defeat to Brighton in May, and the Seagulls quickly settled into their passing rhythm.

Graham Potter's men have lost two of their best players this transfer window, as Yves Bissouma joined Tottenham and Marc Cucurella joined Chelsea this week for a club record fee of more than £60 million ($72 million).

However, it did not show as Brighton exploited the same flaws in United's wide open midfield to easily pick apart Ten Hag's men.

Ronaldo's introduction early in the second half at least increased the volume inside Old Trafford, causing United to respond.

However, the expected siege on the Brighton goal failed to materialize, as the visitors comfortably saw out the final stages for a memorable victory.