By Updates (self media writer) | 2 months ago 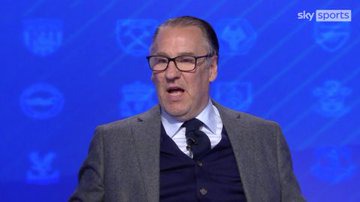 Arsenal face Tottenham hotspurs on sunday at the home after playing wimbledon on EFL cup third round tommorow.Arsenal will be looking to make three straight premier league wins after winning their last two games against Norwich and Burnley.

Paul Merson believes Arsenal wont lose to tottenham hotspurs on Sunday despite Spurs would look to bounce back.

'The Tottenham vs Chelsea game, in the end, it was a bit like watching an under-10’s team playing against a man’s team. It was shocking.'

'I said even then when Arsenal had lost three games and when spurs had won all three games, that there is no way Arsenal will lose the football match.There is alot of pressure now on Tottenharm hotspurs.'

Tottenham hotspurs face wolves on a EFL third round tommorow coming into the match after losing to Chelsea and Crystal palace in the premier league and a draw against Rennes in the UEFA Europa conference league.

Content created and supplied by: Updates (via Opera News )