"He is a Waste of Our Money, Bench Him" Arsenal Fans Blast Star Player After Poor Performance 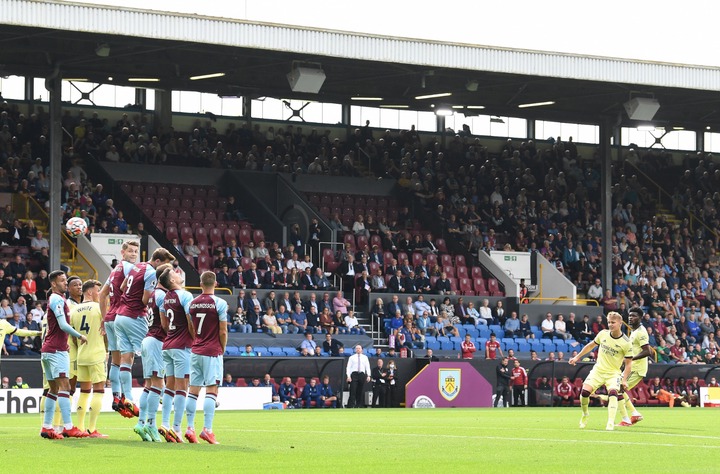 Arsenal made the trip to the Turf Moor to face Burnley in their fifth match of the Premier League this season.

Coming off from last week's 1-0 win over Norwich, Mikel Arteta looked to continue that winning momentum following a poor start to the season when they lost three games in a row.

The gunners boss named a attacking minded side opting for the 4-3-3 formation which saw Thomas Partey employed in the cdm role behind Smith Rowe and Martin Odegaard. 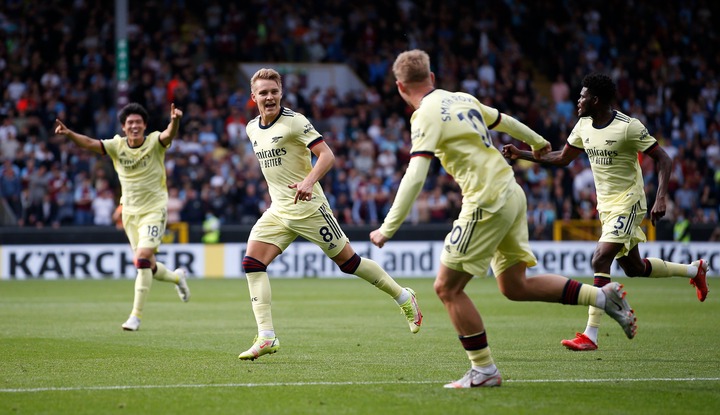 This would pay eventually as Arsenal looked so fluid in their play and after Bukayo Saka was fouled outside the penalty box just half an hour into the game, Arteta's new permanent signing would step up to score a beauty.

Martin Odegaard who was resigned on a permanent deal from Real Madrid curled in a beautiful freekick to put the gunners ahead and deservedly so.

Burnley however will feel undone by the VAR and referee Jonathan Moss after overturning a penatly decision that came from a late Ramsdale tackle on Vydra. 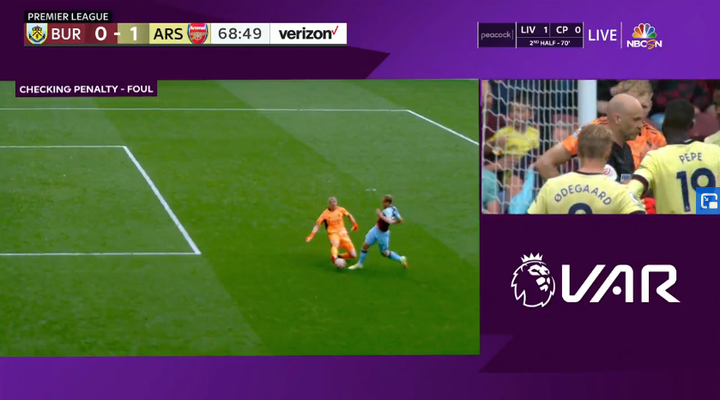 The Arsenal keeper was put in a tricky situation by Ben White after the defender played a short back pass which was nearly intercepted by Vydra were it not for Ramsdale out dashing challenge.

The defender had not so much a decent game and was easily bullied by the Burnley forwards while being mostly caught out of position. Arsenal fans were not impressed by his performance and took to social media to blast the star.

Modern Merino: Ben White has been such a liability in defense. He’s not good with the ball at his feet.

OrionPax: I'm calling it now, Ben White is a liability in that defense

Titomi: Ben White is a bad defender, low budget Luiz. Jeez! Thank God for Ramsdale being smart and proving his innocence. 😏Ben is worse than an old age David Luiz.

Chris Madden: Ben White has been absolute shite this afternoon. Shockingly bad. We've got kids out on loan with far better composure than this. #BURARS 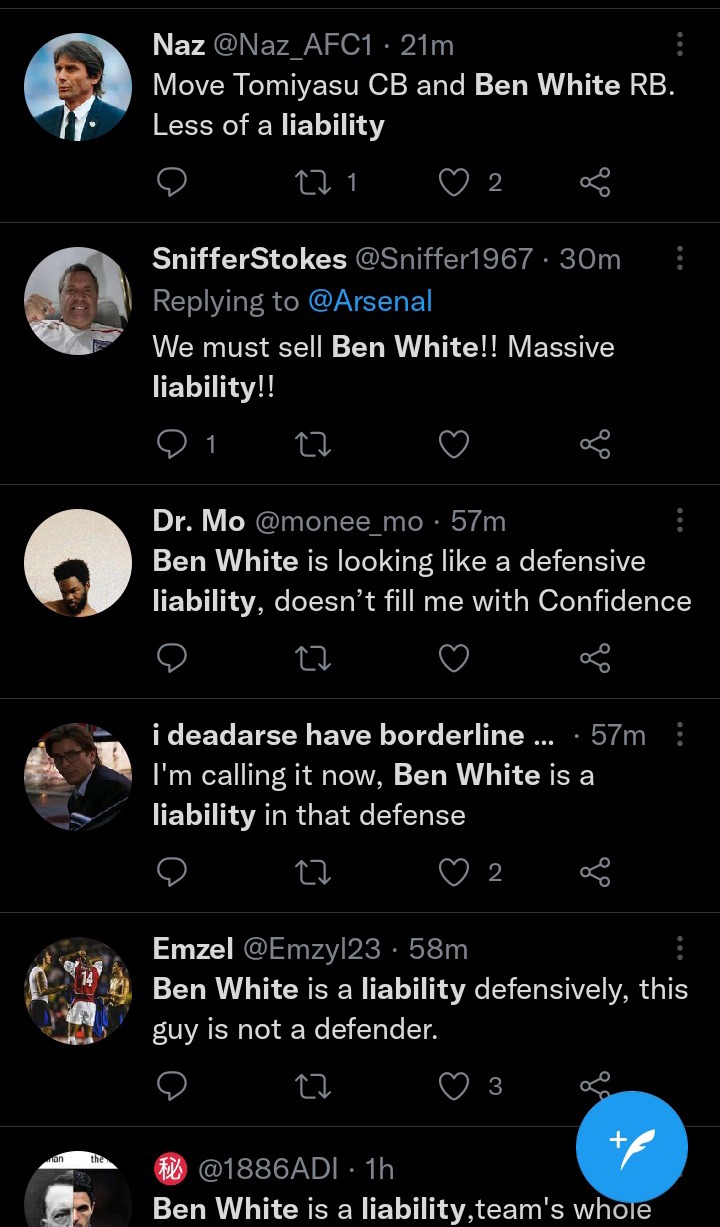 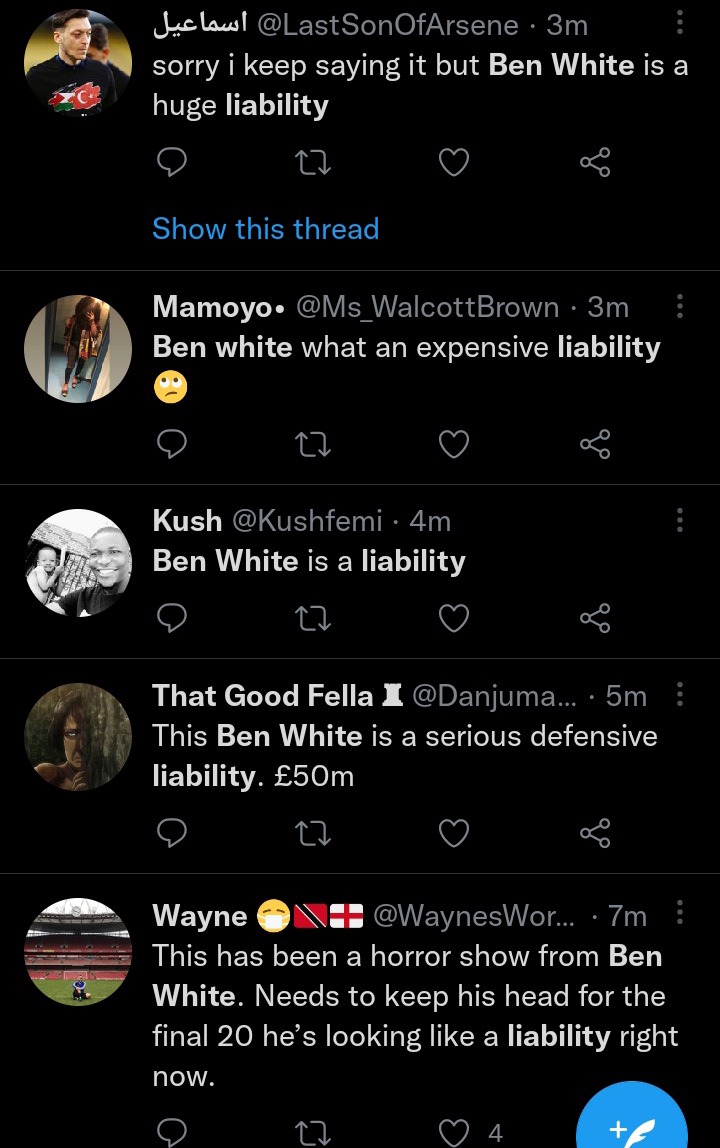 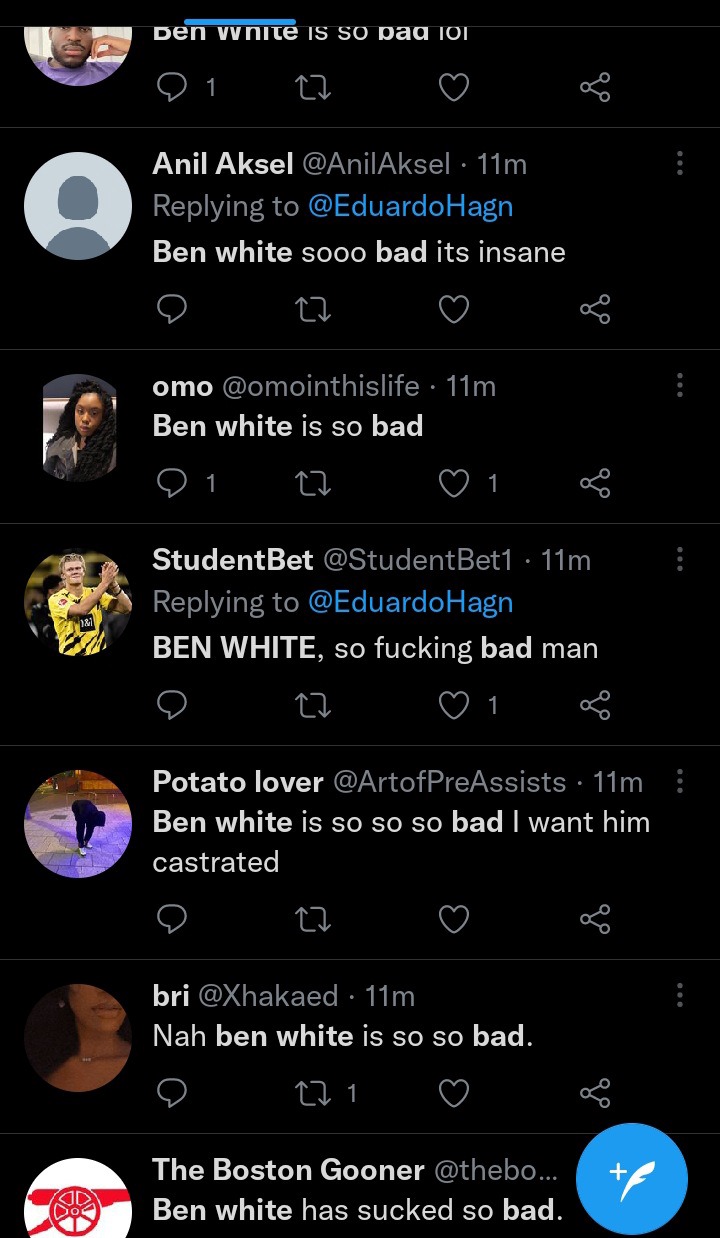 Henry Symeou: Thank god for VAR, Ramsdale clearly won the ball first & the initial pen decision for Burnley is correctly overturned. Ben White is a lucky boy, that was an awful back pass, he’s not looked like a £10m centre half today let alone a £50m one. #BURARS

JP: Ben White’s career so far in an Arsenal shirt has been…bad. To say the least.