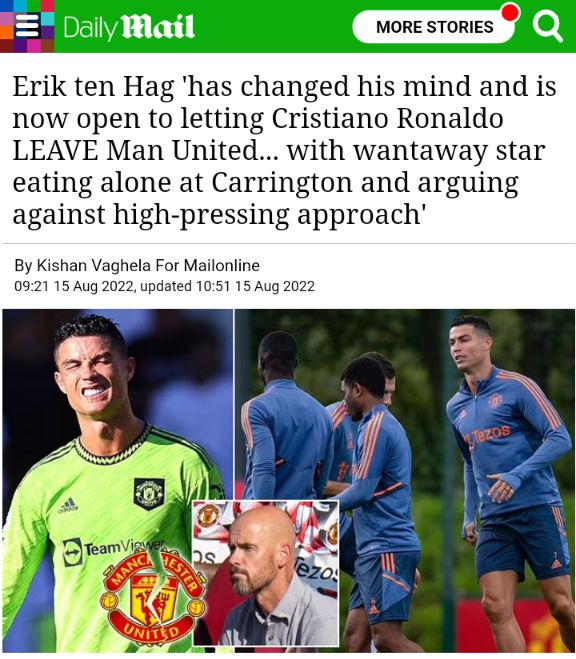 Manchester United are struggling to keep hold of their striker a well experienced Cristiano Ronaldo. Who asked to exit the club this summer as per Sunsport report recently. And it's believed it may be due to the red's failing to qualify for Champions League football this season. 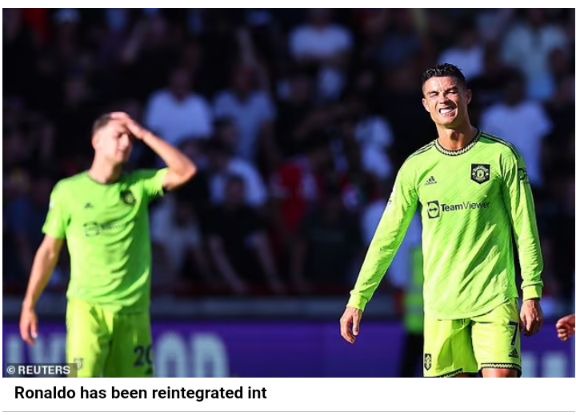 After missing most of pre-season training sessions and friendly matches on away soil. Under Erik ten Hag due to family reasons at least as per Daily Mail report. 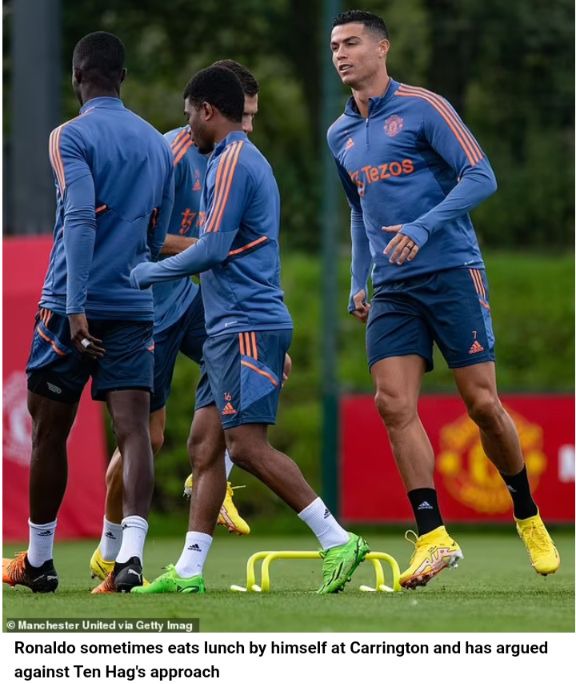 The latter was involved against Brighton and Brentford where a well deserving Manchester United lost the two matches. With a report by Daily Mail claiming Rolando exchanged words with the Manchester United. Number two to Erik ten Hag, Steve McLaren in which the striker is claimed to have refused to applaud the away fans after the defeat to the Bees. 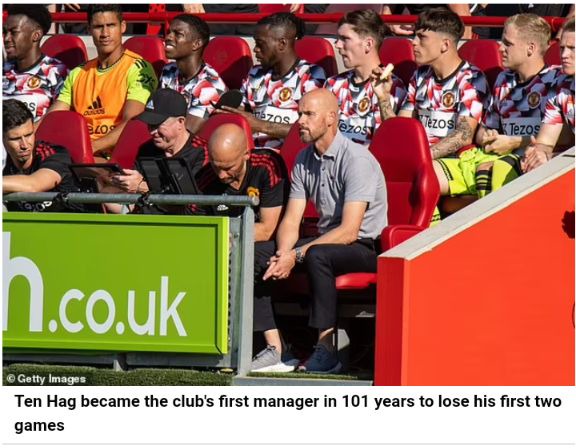 So is the Athletic report that Ronaldo sits by himself at the club canteen during lunch hours at times at their Carrington training complex. With some moments at the training sessions flapping his arms and trying to argue against high-pressing approach at least implemented by Erik ten Hag. And this has been reported to have helped Erik ten Hag change his mind and his ready to let the Portuguese international exit the club this summer. 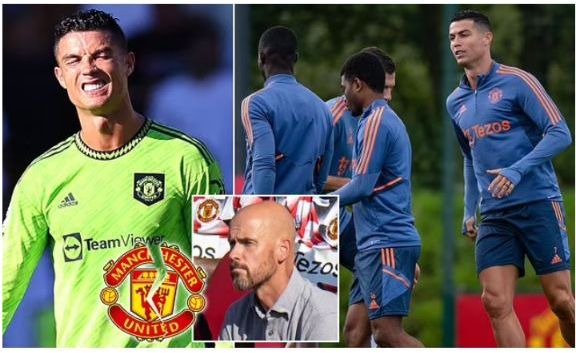 Politician Allegedly Devastated after Missing a CS Post, Says She Wanted to Sit in Ruto’s Cabinet

Gachagua Conspicuously Misses at a Cabinet Meeting Held at Statehouse