By Bradley (self media writer) | 4 months ago 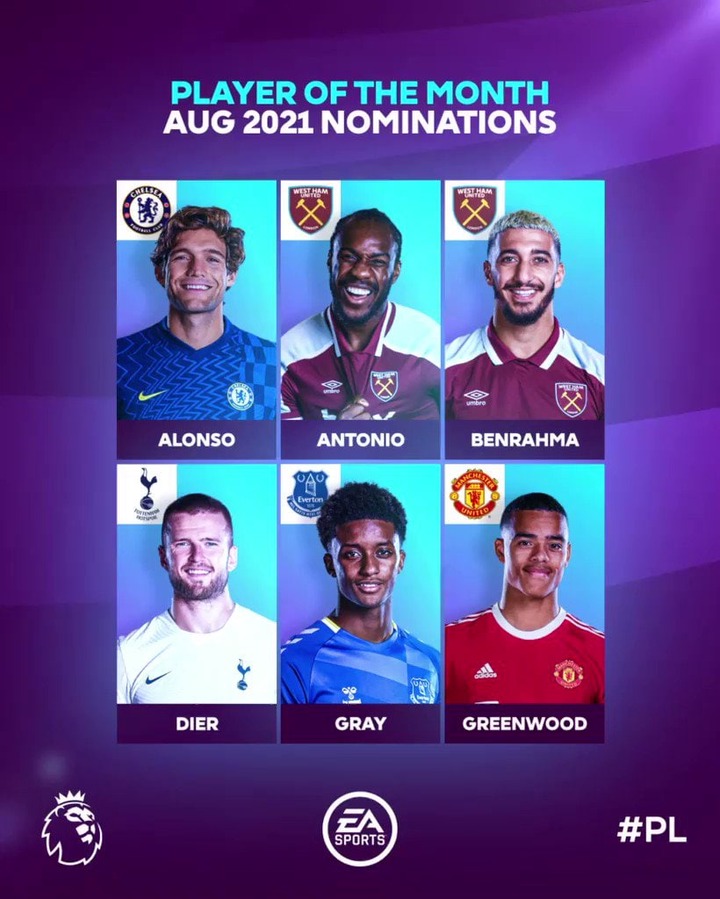 The following are the names of players nominated to compete for player of month award.

The Jamaican international is currently leading in the score sheets standings. Antonio has scored 4 goals in 3 league games played so far. Further the Westham united number nine has provided 3 assists to scored goals. The player has helped his team to currently be among the top four teams in the league in terms of standings. He is likely to win this award.

The young British striker has experienced a wonderful start of the season. The Man united forward has scored important goals for the team. This include against Southampton and Wolves securing four important points through a draw and a win respectively. The striker has 3 goals in 3 appearances.

The English defender has helped Tottenham hot spurs to keep 3 clean sheets in the 3 games the club has played.

The player had wonderful start by securing a start in the first 11 of Chelsea. The Spanish Scored a wonderful free kick against Crystal Palace on the opening match. He has also helped the team to keep 2 clean sheets in the 3 games he has played so far.

5. The other two players are Gray and Benraham from Everton and Aston Villa respectively. The players have had a wonderful start contributing greatly to their teams success.