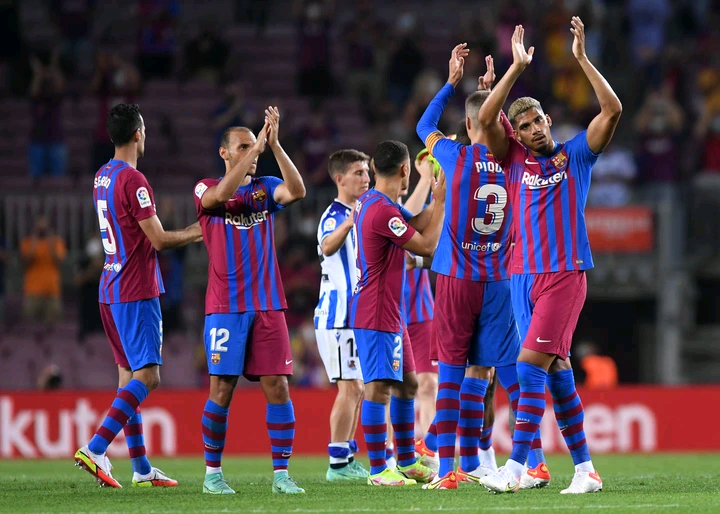 The European football governing body, UEFA reacted to Barcelona football club's victorious 4-2 win against Real Sociedad, a game that was being played yesterday. This was Barcelona's first game of; 2021/2022 Spanish Laliga season.

Having started the season on a high note, the former Laliga Champions were in a position to obtain the maximum three points against their opponent, Real Sociedad.

Coaches Ronald Koeman named his strong eleven against Real Sociedad and amazingly, all the players in his squard were exceptional throughout the game.

The Denmark national team star, Martin Braithwaithe scored a brace, while both Gerard Pique and Sergi Roberto scored one goal each, making a total of four goals for Catalans, which were enough to give them a well deserved home victory. 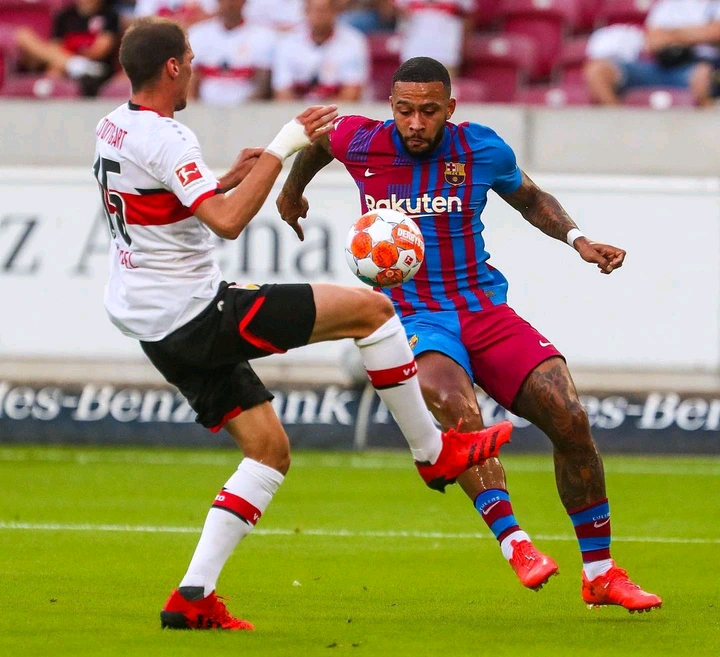 However, UEFA was touched and came out reacting to Barcelona's 4-2 victory, by posting on their verified Twitter handle that;

"Three points in the bag as Barcelona step into a new era. 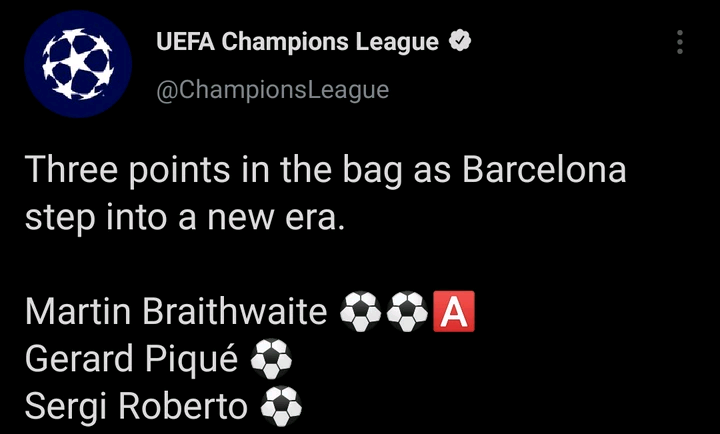 Hopefully, Barcelona football club will anxiously be looking forward to continue their excellent performances ahead of various fixtures awaiting them. 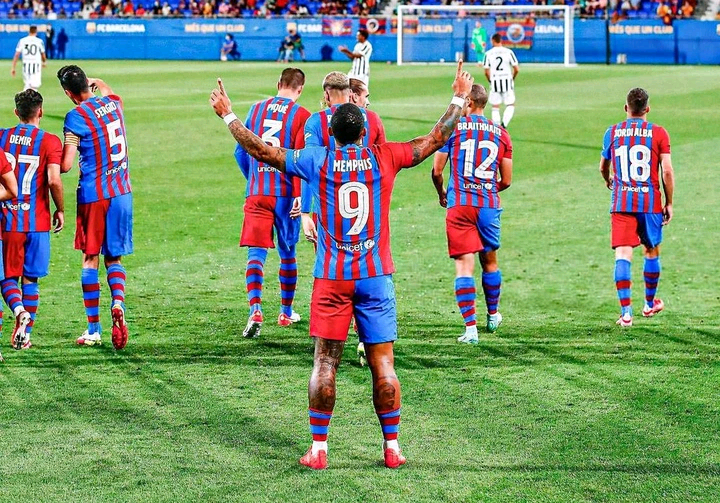 All the best FC Barcelona.

What's your suggestion concerning Barca's victory last night? Do you think the Catalans are in a position to lit more in the forthcoming League games set to face them? Leave your opinion in the comments section below, share this article and leave a like.