"Like Missionary Every Night, You Are Still The Same Hollywood John Cena." Roman Reigns To John Cena

By TheBig_Isaks (self media writer) | 2 months ago

Roman Reigns appeared in the ring and scolded Cena that Hollywood has not changed him. He expected Cena to be different but he is not. He still has same entrance song, same shirt and same insults. He then refered him to the same missionary every night. This was after Cena had said that he wanted to challange Roman at Summerslam. He quoted that Roman is a piece of shit and he can't wait to destroy him. Their match is scheduled to happen later in August. 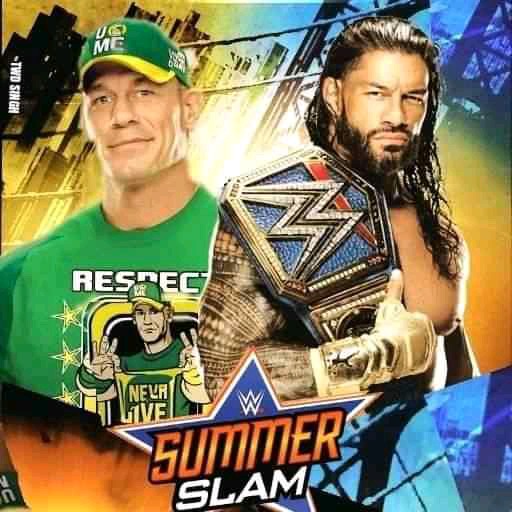 John Cena came back at Money In The Bank just after Roman Reigns had won. He (Roman) had successfully defended his Universal Championship title against Edge. Cena is still on promos explaining why he returned back. On that night, he was interupted by Paul Heyman- Roman Reigns advocate. Heyman made sarcasm about Cena's entrance song saying it's not even recognized. He said Roman will destroy Cena too just like he has been doing to other superstars. He promised Cena that no one can beat Roman and he will go the same road too. Cena became angry and told him to try his best shot.

Moments later, Roman Reigns appeared in the ring. He promised that Cena will acknowledge him like any other superstar. Finn Balor interupted Roman and said he wanted a challange. Roman laughed it off before the crowd started calling him coward. He finally accepted the challange. So it will be Roman Reigns vs Finn Balor for Universal Championship.