The Legendary Aubameyang sends Arsenal to the last 16

Aubameyang scored for Arsenal in the early minutes of first half before Diogo Goncalves' netted a free-kick just before halftime making it1 - 1 for visitors.

Midfielder Dani Ceballos scored an on goal towards Leno prompting Arsenal to two goals in the final 29 minutes. Tierney put them back into the match with a blast into the bottom corner before some magic from wonder kid Saka who connected well with Aubameyang to head in the far right corner.

Arsenal opened the scoring in the 21st minute through Pierre-Emerick Aubameyang. The club captain was put through by Saka with a brilliant pass and made no mistake from close range.

Just before halftime, Arsenal defence conceded and the two teams were level on aggregate. There was a quick challenge from Ceballos that handed Benfica a free-kick in a dangerous position. The Gunners paid the price for that momentary lapsed as Diogo Goncalves whipped in a stunning free-kick.

After the restart, Aubameyang netted the second goal of the game for the Gunners but it was ruled out for offside after VAR check.

Ceballos made another mistake and Rafa Silva capitalized as he rounded the on-rushing Arsenal goalkeeper, and walked the ball into the net to leave Arsenal to need two goals.

Some minutes later Arsenal drew level through Kieran Tierney after the left-back received a good pass inside the penalty zone from Willian.

With three minutes remaining, Arsenal restored their lead and it was Aubameyang again who scored his second goal of the match. Bukayo Saka had the ball on the right-wing, he skillfully connected Aubameyang with a lovely pass and the Gabonese forward scored with a fine header.

The draw for the Europa League last-16 will take place today February 26 in Nyon's House of European Football. 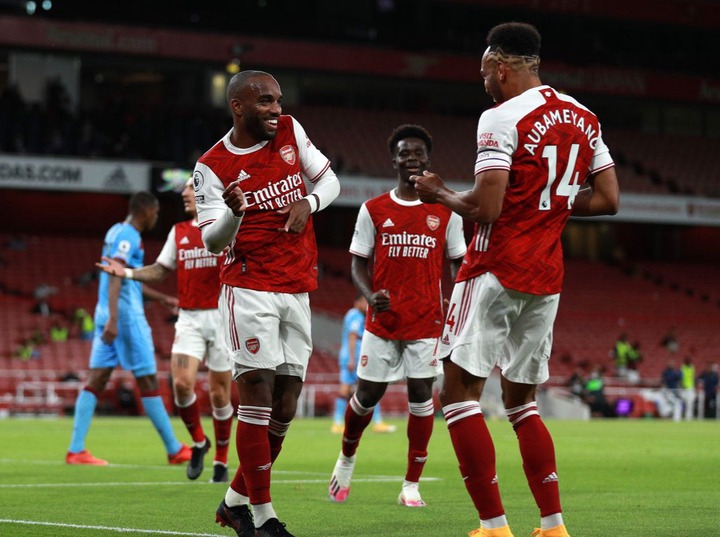