Here are the most recent major Arsenal updates that you should be aware of. 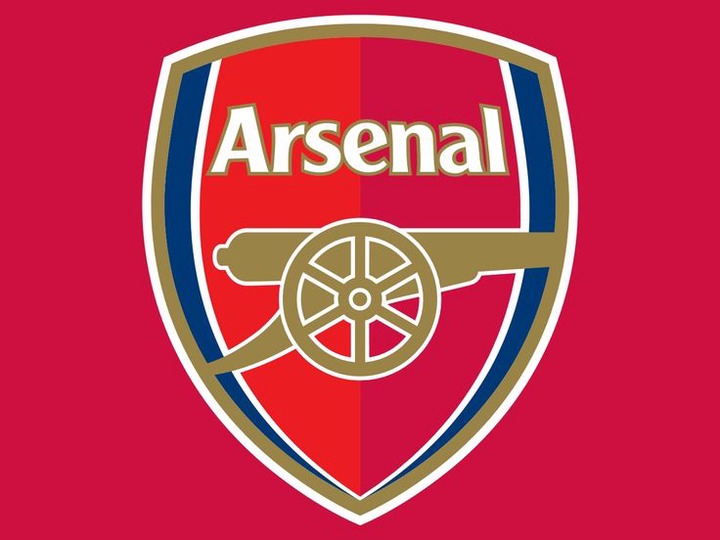 Arsenal's latest signing of a 5-year-old, Zayn Ali Salman, to their academy demonstrates their belief in having the best in their ranks. Zayn is now Arsenal's youngest signing, which is well deserved given how Zayn has captured the attention of many football enthusiasts with his fine highlights of his football skills on his Instagram page @zaynalisalman. His abilities at such a young age have earned him the moniker "Little Messi." As an Arsenal fan, Zayn Ali Salman is one to keep an eye on because the youngster is destined for greatness. 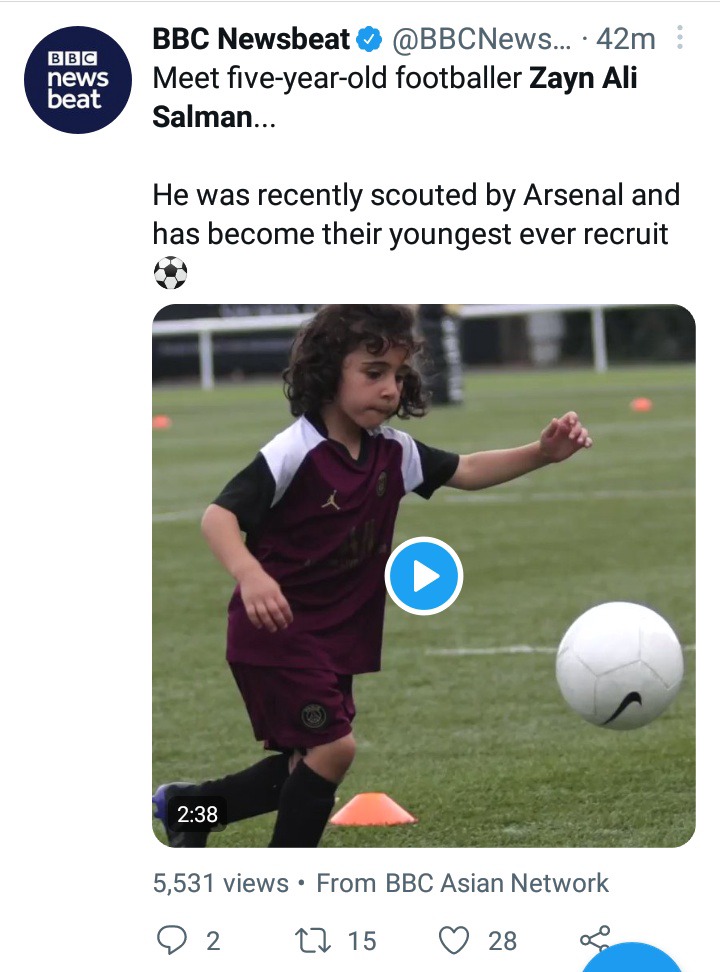 According to the latest rumors, Arsenal's hierarchy is working on a £40 million deal for Brighton's Yvess Bissoum, and because Bissouma is a potential target for many Premier League clubs, Arsenal want to complete his signing in the January transfer window. As his other suitors, including Manchester United and Liverpool, are still debating whether or not to sign him in January. 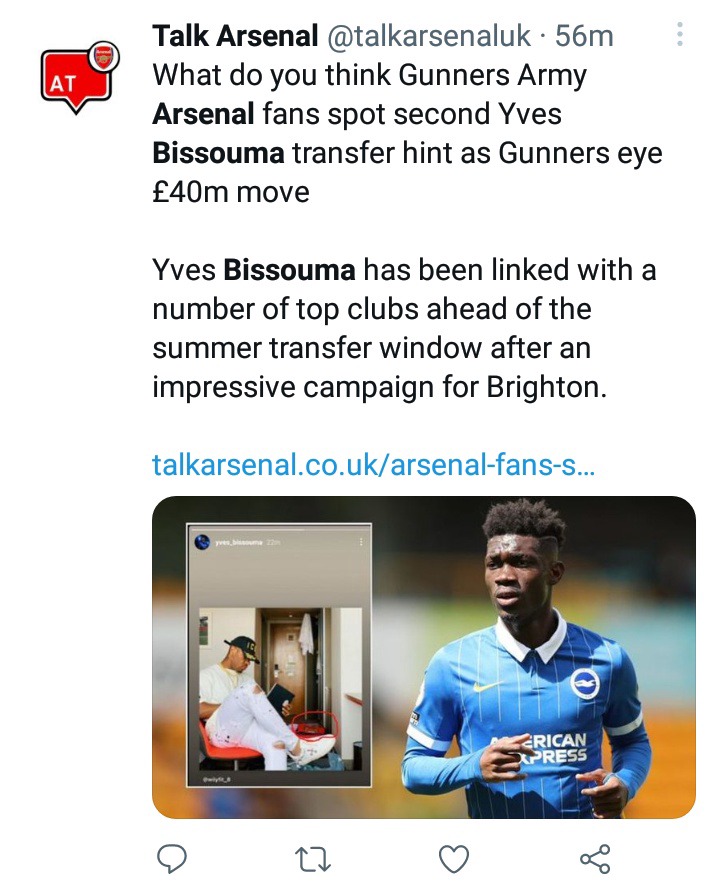 Saka has a 50/50 chance of playing in Arsenal's Premier League match against Aston Villa on Friday. He has missed training since suffering the injury against Crystal Palace, and according to Arteta, he will be assessed to see if he can play against Aston Villa, a game in which Arteta hopes his team can extend their unbeaten run to seven games in all competitions. Saka's absence could be a major blow to Arsenal's momentum, which has been built since the September international break. Lacazette or Nicolas Pepe could be guaranteed a starting spot to fill Saka's potential void. 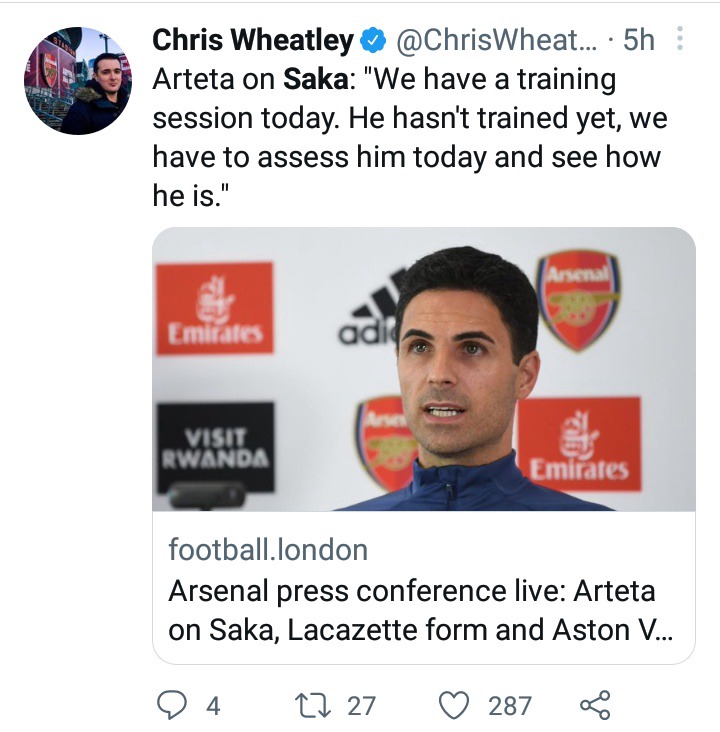