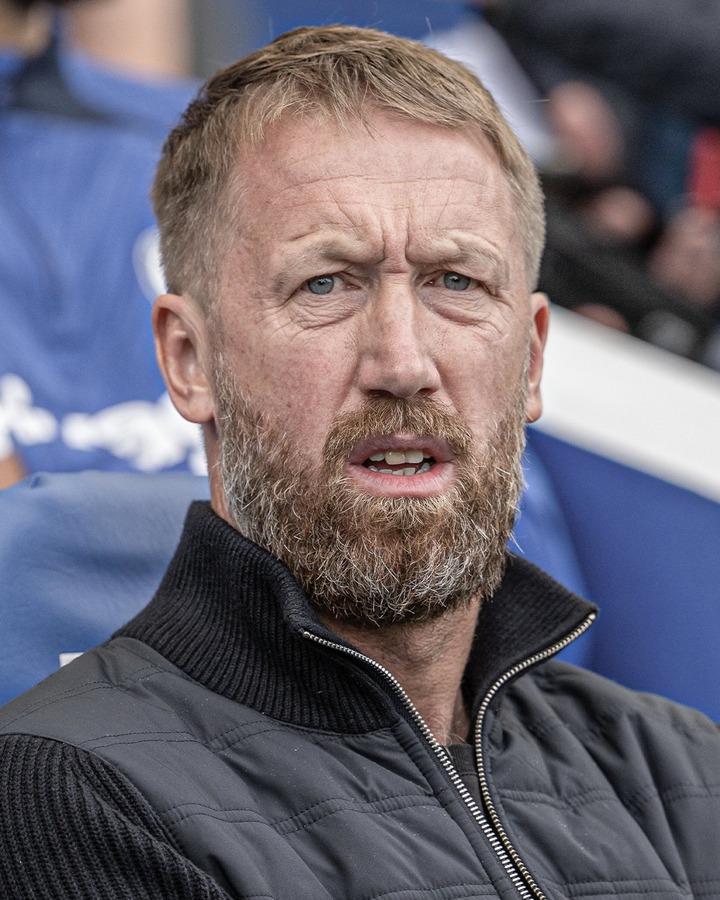 Chelsea’s lack of compactness in defensive transition is damning. The entire tactical issue with Potter’s Chelsea centres around the proximity of the players - they’re all too far away from each other. The passing distances all over the park are short. With one midfielder there’s also not enough players close together to combine reliably.

It was a big one at Stamford Bridge infront of home fans when suffering Blues from North London welcomed the beasts City players. Poor gamers Cityzens started the thrilling encounter well before the visitors turned before mancity turned things around and improved their well-known normal executing tactical executions. 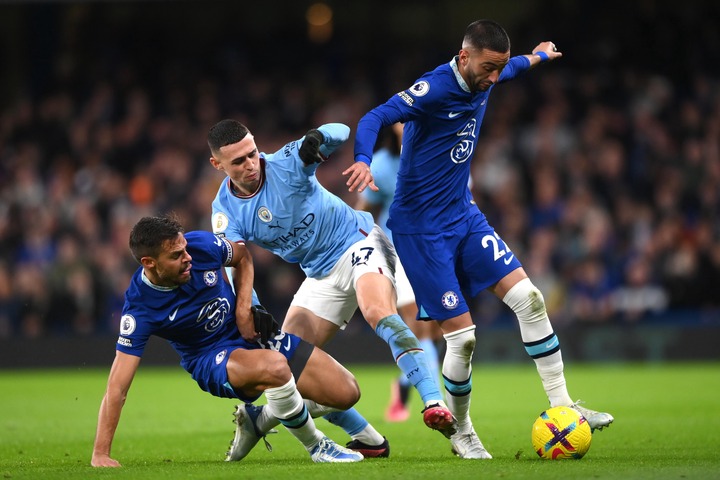 The deadlock was still intact at the break, despite a frantic end to the first-half which had no score from both sides. After City's double substitution, the two substitutes combined as Jack Grealish's teased low cross converted by Riyad Mahrez to give mancity the lead. 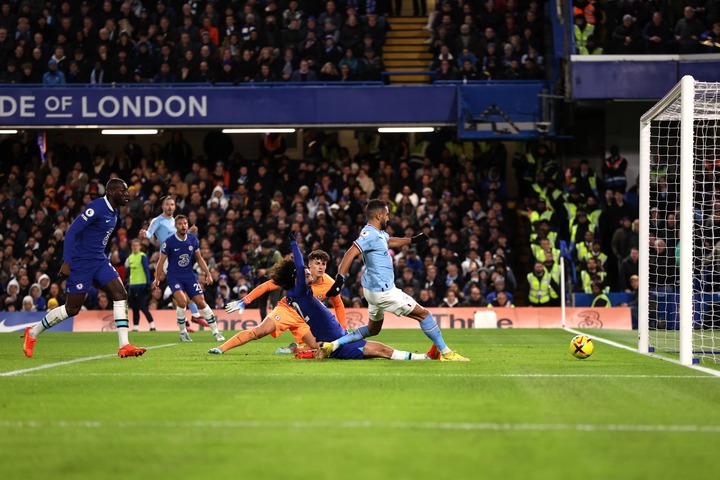 Though the Blues started well and had good game at the start, some of the Chelsea star players who were expected to play nicely and help secure the three precious points, likes of Kai Havertz had poor game and that's why Chelsea lost. Kai had chance after chance after another but wasted almost all of them. If he utilized them well, atleast Chelsea would have atleast netted goal. 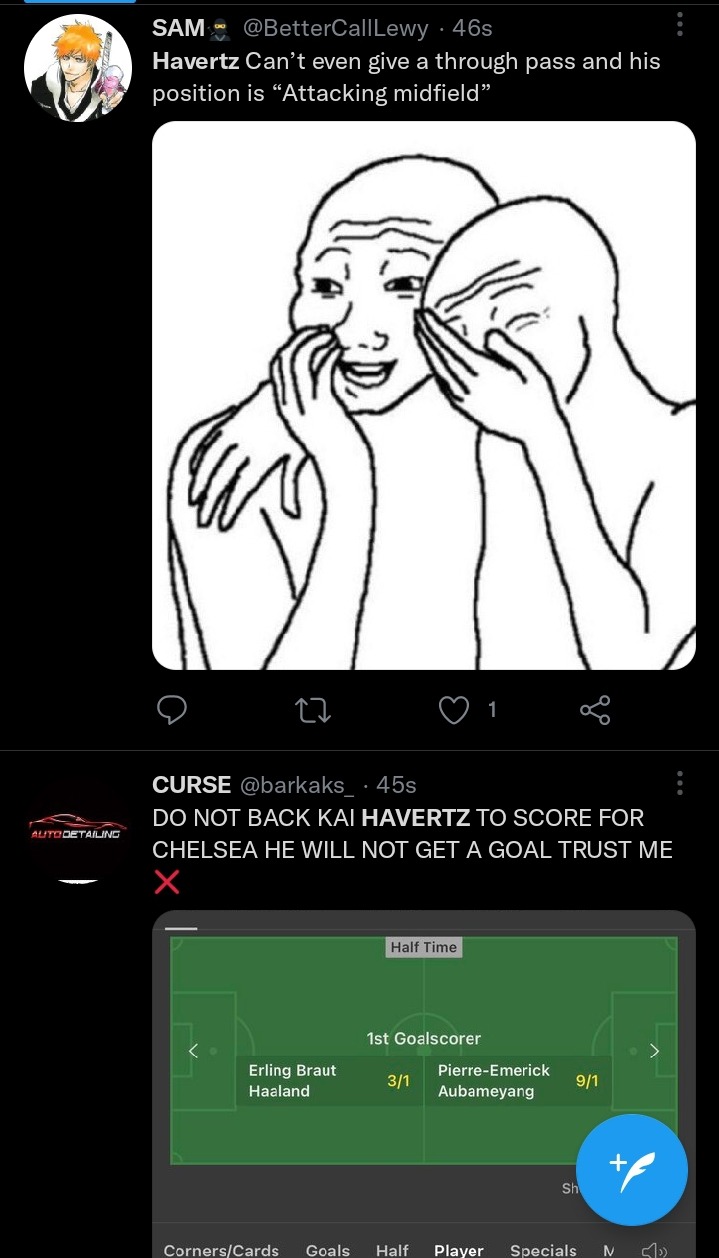 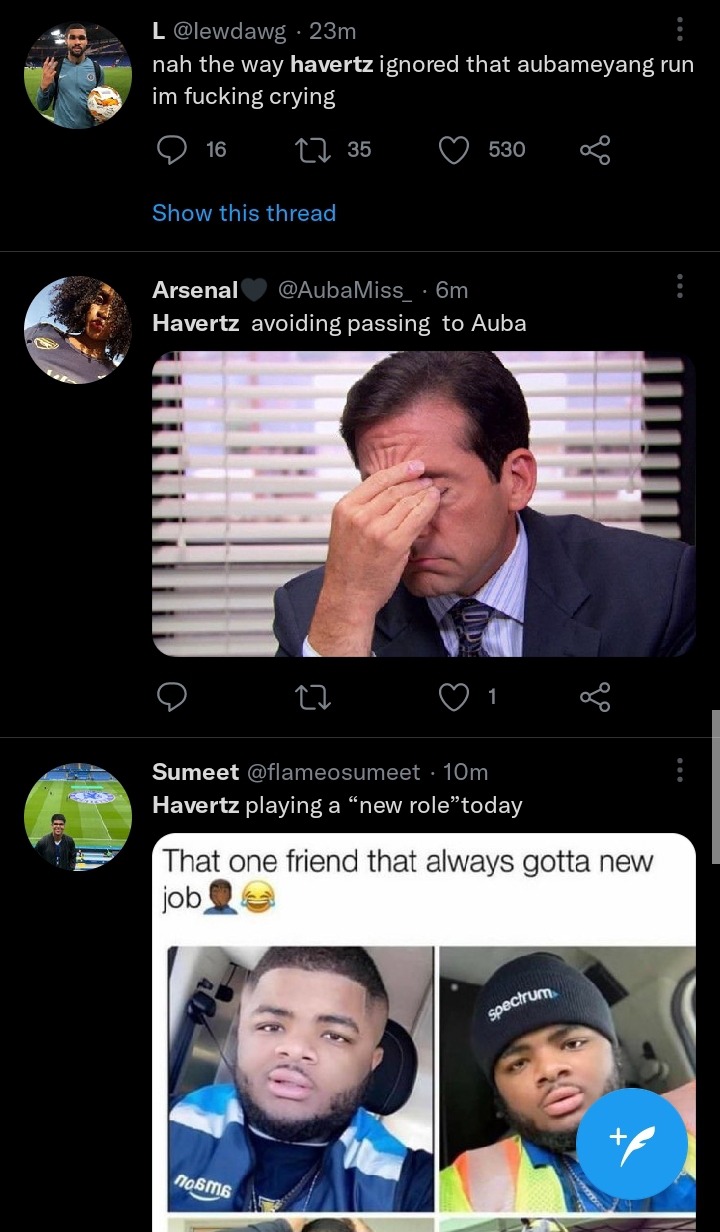 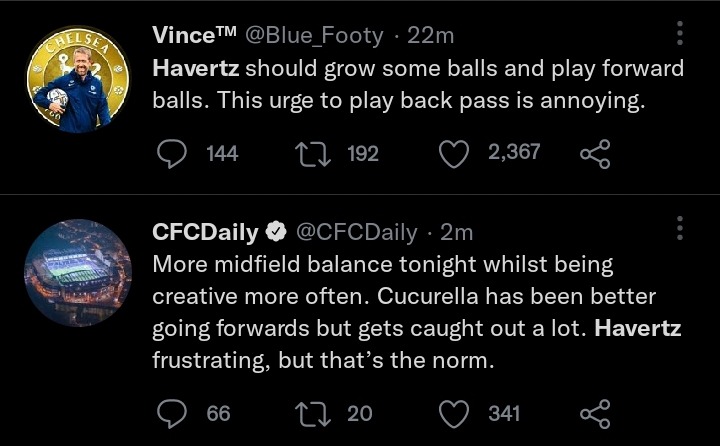 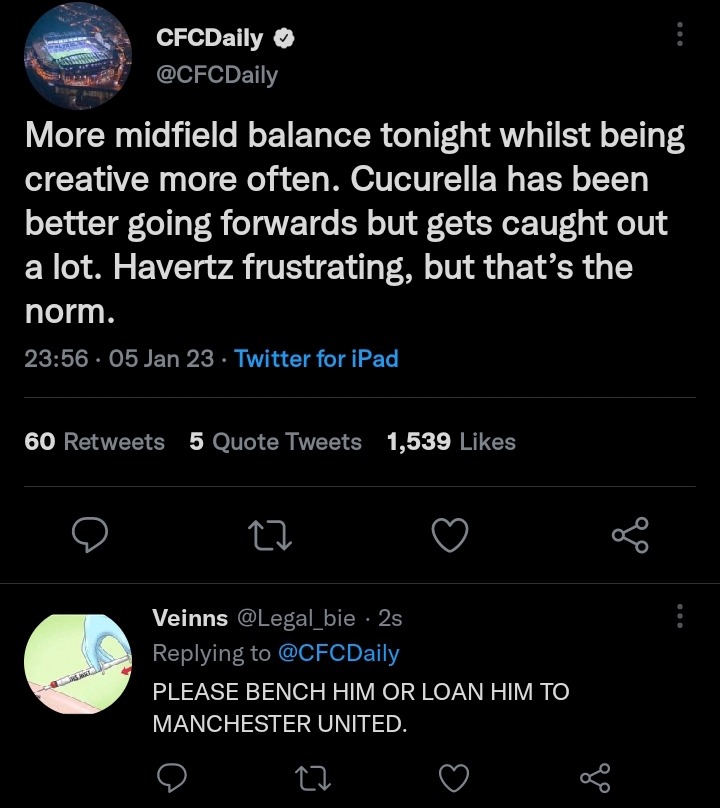 Chelsea fans went on in the social media to troll player after his poor game at home against Man City with some saying please bench him or loan him to Manchester United. Chelsea fans believe Kai Havertz is a poor player and should be benched by Graham Potter. The match ended Chelsea 0-1 Man City.