By nomseynomseynolan (self meida writer) | 14 days

Valladolid and Real Betis to draw

The white and violets have been draw specialists this season, taking part in a division-high 15 stalemates. Valladolid have shared the spoils in their last three fixtures, as they seek to edge closer to survival. Sixth-placed Betis are in a far healthier shape but have been involved in five consecutive draws, admittedly against superior sides. Those stats are hard to ignore and we’re going for the scores to finish level at Estadio Jose Zorrilla in our La Liga predictions.

Diego Martinez’s side shocked La Liga with Thursday’s 2-1 triumph at Barcelona, with Darwin Machis and Jorge Molina replying to Lionel Messi’s opener with second-half strikes. That made it three wins in four domestic matches for Granada, who are eyeing a late surge to secure Europa League football again next term. Cadiz have been in decent form themselves but may be able to ease off now clear of any relegation worries.

Barcelona to win at Valencia

The Catalan giants fluffed their lines when missing the chance to go top of the table with that Granada defeat but remain firmly in the title race and are expected to produce an immediate response against Valencia, who have gone five games without a win. Ronald Koeman blamed a lack of concentration in defence and declared: “It is a very hard defeat because we controlled our own destiny, but we still have five games left. We have to learn from what we have done wrong, we have to put energy into it, improve things and move on. 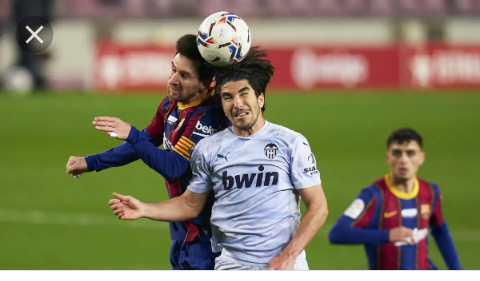 Content created and supplied by: nomseynomseynolan (via Opera News )

How to Build Muscles as a Teenager

Netizens Angry As Akothe Does The Unexpected With Her Daughter Again