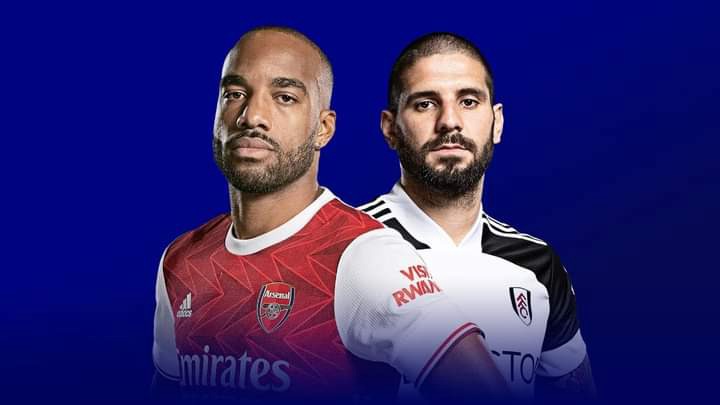 Arsenal met Fulham in another game of the Premier League. The players lost a lot of chances and had to fight till the last minute in order to get at least a point. Eddie Nketiah helped the club to get one point after coming on as a substitute. The club got a huge blow after Alexander Lacazette was substituted for something that looked like an injury. He got a hamstring injury and he was forced to leave the pitch. He hurriedly handed over the captaincy arm band to Granit Xhaka and then ushered in Eddie Nketiah.

This is a major blow to Arsenal because Alexander Lacazette has so far been the best Arsenal player. He has been the driving force of the club. He has managed to step up well in the forward position in the absence of Pierre Emerick Aubameyang. He has also been performing very well in the Europa League. He is the player who steered the club to the semi-final of that competition. It is still not known how long he will be out. 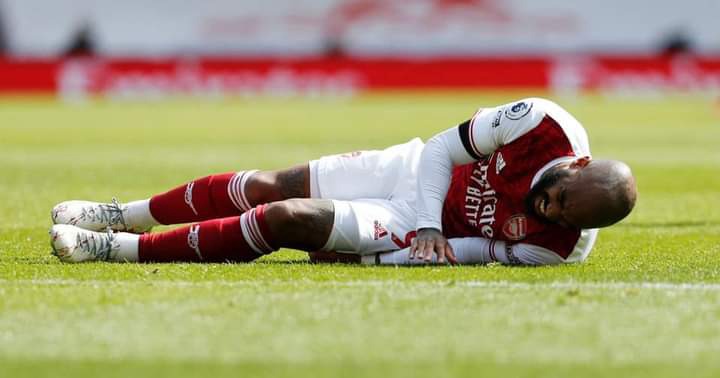 Mikel Arteta also confirmed the injury and said that they will assess him and know how long he will be out. If at all the Medical team will say that he will be out for a long time, then it will be bad news for Arsenal since he is currently the main man in the club.

His injury is also a blow to Arsenal because Aubameyang has also not fully recovered. This means that Arsenal may even play the next matches without its senior strikers. 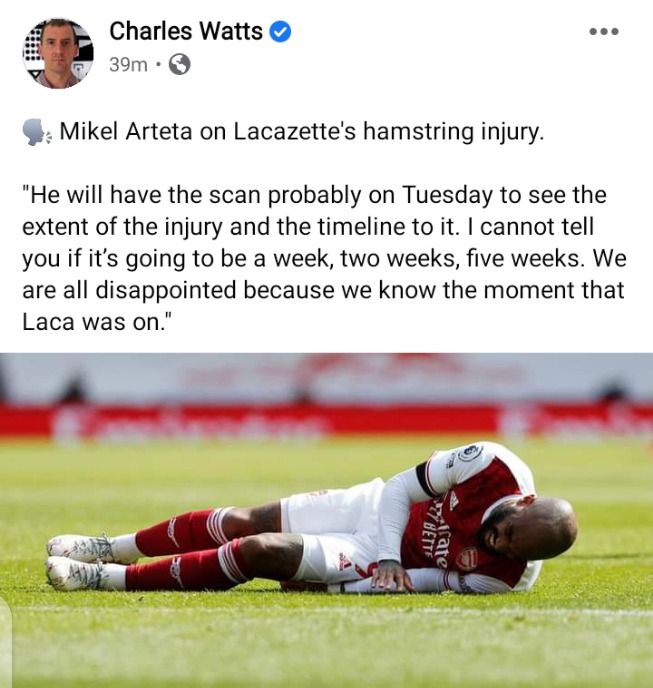