By BlissMedia.co.ke (self meida writer) | 25 days

Chelsea football club are in high spirits after the 2-1 win against Leicester City who won the FA Cup final a few days ago.

The blues now look set to compete with Manchester City for the much anticipated fixture in the UEFA Champions League final on 29th May 2021. 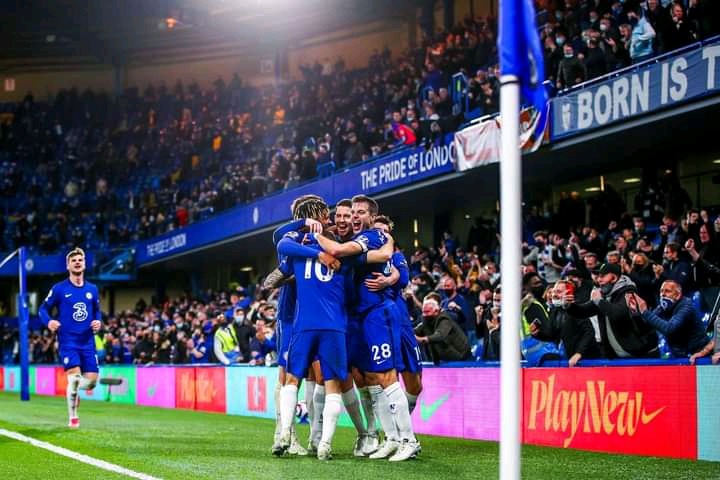 After the brilliant win which assures the Blues a place in the Champions League next season, the club also has some good news for their fans. 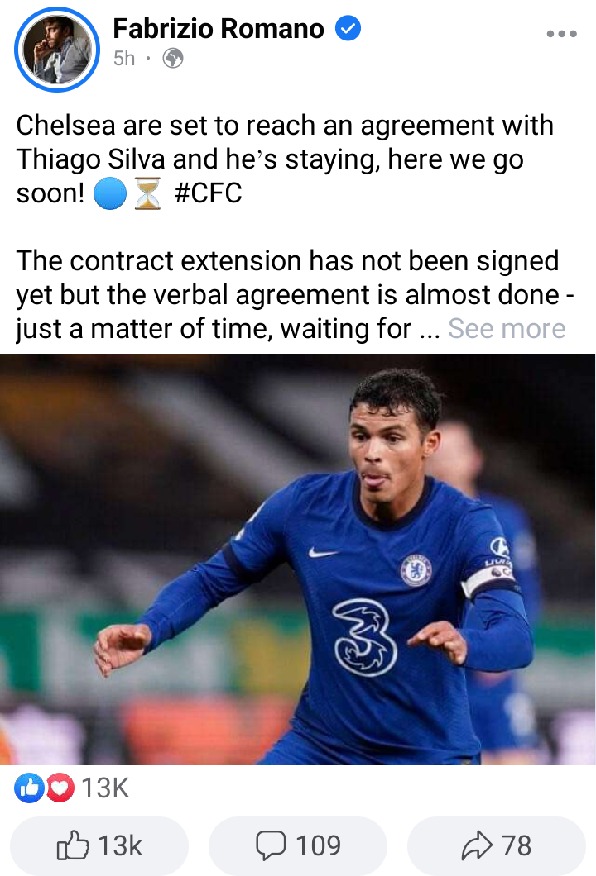 According to reliable journalist and transfer guru Fabrizio Romano, Chelsea are in the final stages of negotiating a deal with veteran defender and Brazilian international Thiago Silva.

The 34 years old defender has been brilliant for the club since he moves on a free transfer from Paris Saint Germain earning him more praise from the Chelsea board and manager.

The reports claim that the negotiations for a contract extension which will be regarded as a new major signing is set to be concluded and announced after the UEFA Champions League final in Porto.

Will this be a major deal for the London Blues?

Revealed: What Christian Eriksen Told His Danish Teammates That Made Match Against Finland To Resume

Manchester United to Decide Where They Will Finish Next Season

Famous Footballers Who Died Shortly After Collapsing on the Field