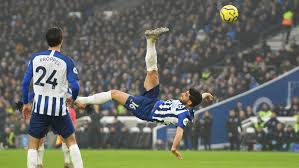 RKC would love to win this and be safe for the remaining matches. Ajax didn't lose away in Eredivisie since october last year. It will happen again. Now maybe if we check the result with Roma from Europa League. I think they will rest some players for the second leg with Roma. They believe for sure that they can qualify. But even if they play with the second squad i think they can score a goal. With 3 wins in the last 4 home matches RKC is in a good form and with a bit of luck they can beat Ajax. My pick is RKC with both teams to score.

Arsenal tula have won against two biggest teams in Russia premier league so they might suprise krasnodar. And krasodar haven't been in it best form this season.

Kobe has won 3 games in a row against Pulse Shimizu in a row at home. Two of those games ended 3-1 in favour of the host. I believe with this price, I will go for over 2.50 goals in this game. Most of their h2h games has produced over 3 goals. Same trend to continue in here.

Rangers are atop the table, 20 points clear of second-placed Celtic, having already secured the league title come the end of the season. Hibernians are third and pretty confident of securing this position at the end of the league. The hosts are a very powerful team in the league and could score goals in plenty in this game.

Verona have lost 3 of their last 4 in Serie A and they host an in form Lazio who've won their last 3 on the bounce in Serie A as they look to chase down a Champions League spot. Lazio have won on their last 3 visits to Verona too so for me they're worth backing here.

Both teams results aren't good lately but they are scoring in almost every match. Based on the form of the both teams and on the prize of the match i think anything can happen. At this case I will pick Venlo with both teams to score.

Atletico Madrid have been in very erratic form over the last few months. They got eliminated from the Champions League and their lead at the top of La Liga has dwindled away after draws against the likes of Celta Vigo, Getafe and Levante plus defeats against both Levante and Sevilla. Real Betis have been very strong at home with 5 victories from their last 6 in La Liga so I believe they're a good bet here against an erratic Atletico Madrid who look like their blowing their chances of a Spanish title.

I think Feyenoord can win here, the only concern is they haven’t won away since the tenth of January but like I have said I think they can win here. Utrecht have lost the last two home games and both teams are in reasonable form in the hunt for European positions next season.

Real Sociedad is not is a terrific condition and I think valencia could aim to a simple draw just to stay away from the relegation zone.

Nantes are fighting for their Ligue 1 survival and face their bitter rivals Rennes in the Breton Derby. The home side may be in the top half of the table but their home form is nothing special having only won once in their last 5 home games, losing 3. Nantes on the other hand have only lost once in 5 on the road and won 2 including an outstanding 2-1 victory over PSG going a goal down before scoring 2 in the second half. 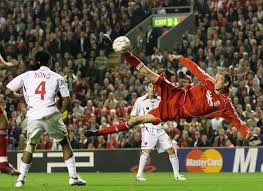