By Talksports (self meida writer) | 24 days

Kai Havertz has emerged as Germany hot talent since he started playing for the national team. He is well known of his ability to have an eye for the goal. He was very influential for the Chelsea during champions league final, scoring the only goal for the game. Kai was also instrumental for Chelsea as they finished top four spot of the premier league table.

Kai is a young footballer who develops each and every moment. Any football fan can bear witness whereby the premier league depart for this young Germany footballer was horrendous. As time moved he was able to establish himself as a contender for the first team spot. He scored many goals, provided assists and created more chances.

Internationally, during the EURO 2020 saga, he is Germany topscorer for the competition, bugging two goals but no assist. 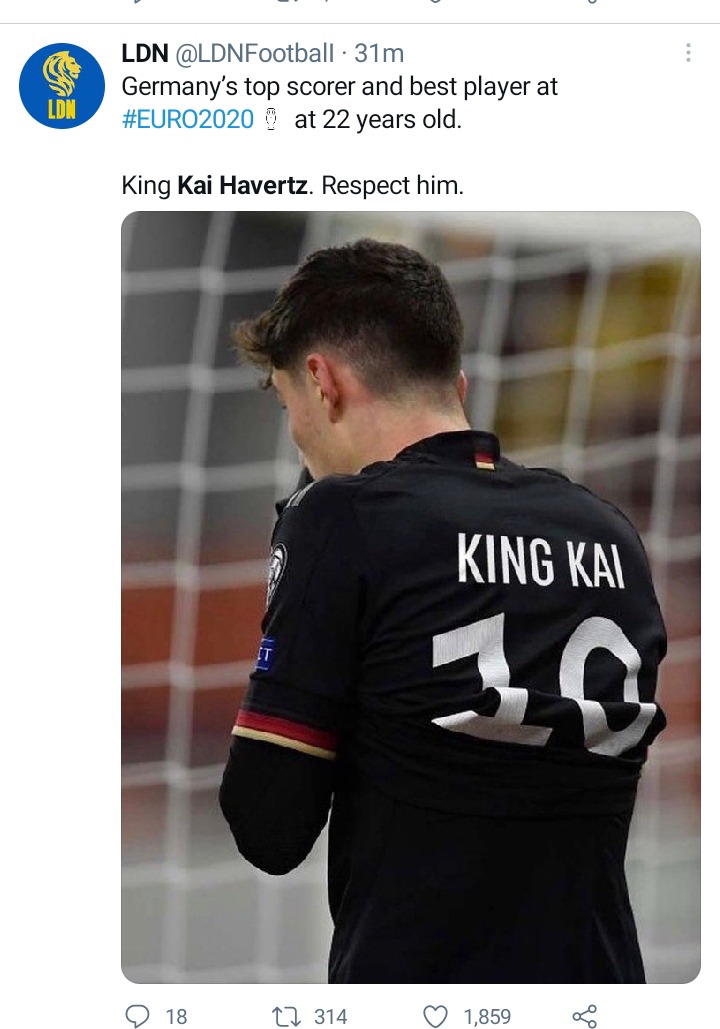 During today's match, he was able to create numerous chances that his teammates failed to convert. He provided two classy passes for his Chelsea compatriot, Timo Werner. He failed to convert any of those biggest chances. He also created a chance for Thomas Muller whereby he saw his gold chance go wide. 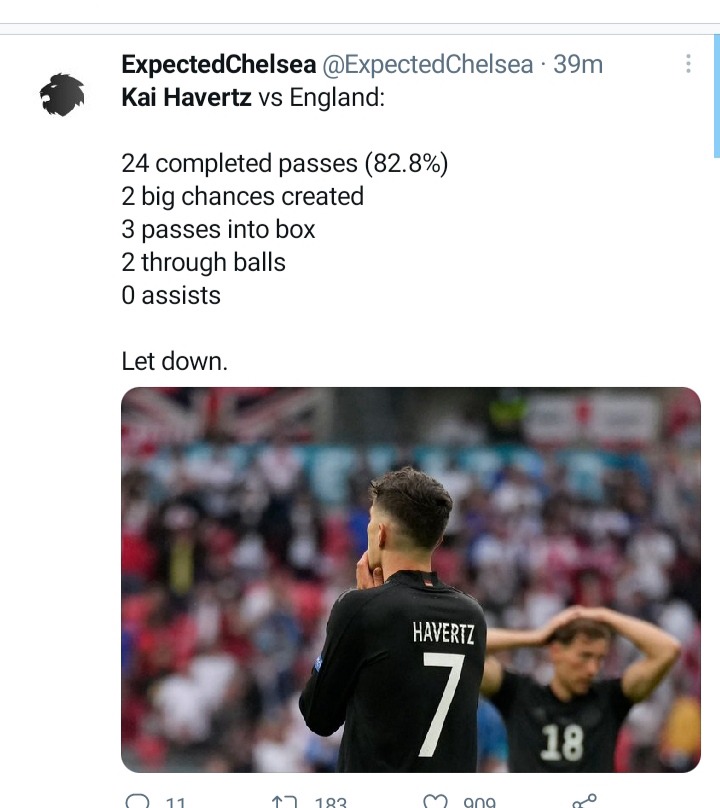 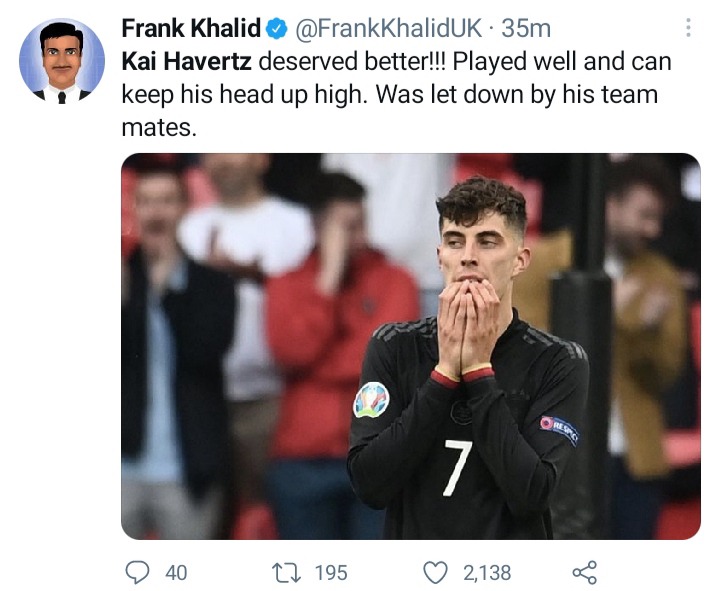 Also support me by tapping on the follow tab at the top.