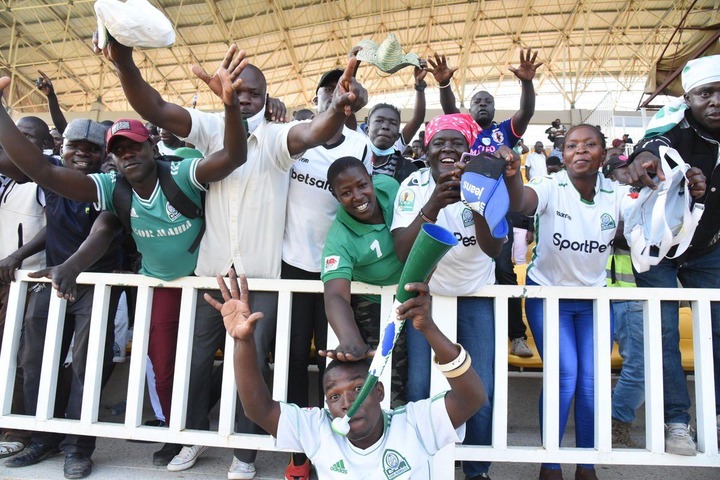 Kogalo fans were eagerly preparing to host Al Ahly Merowe of Sudan today at Nyayo National stadium later in the course of the day.This was a return leg after the home team beating Al Ahly Merowe in Egypt's Suez Stadium 3-1.The team could not host Kogalo in Sudan since they have no good stadia.

By yesterday,reports were rife that the Nyayo National stadium would host 10,000 fans after Gor announcing that fans would be allowed in.This was in itself some joy since the football fans have stayed home for long without watching the matches live.However,FKF dissapointed fans by banning the fans from the stadium claiming that CAF has not given them a go a head.

Even before the match is played,Kogalo fans are thrown into celebrations.Al Ahly Merowe team has failed to turn up for today's match giving Kogalo an automatic qualification to the next round.Royal media Ramogi FM has established this.Below is the announcement: 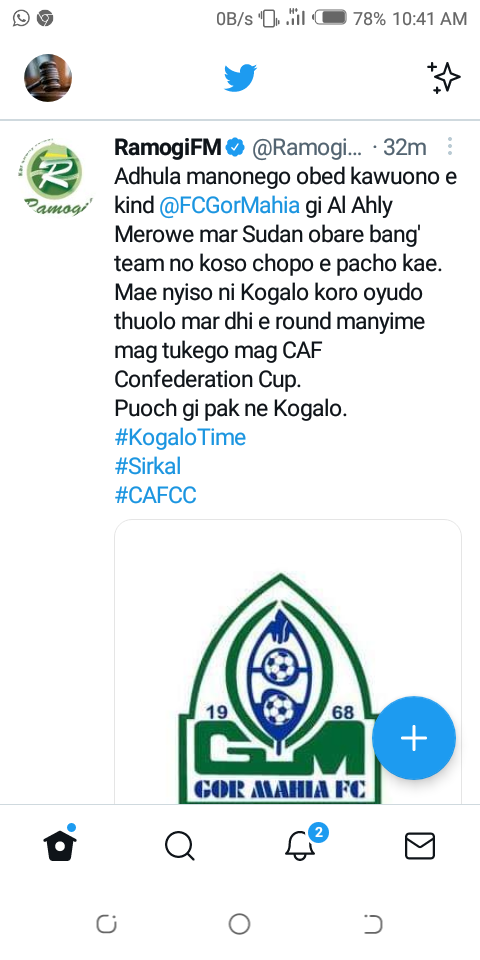 The translated version of the above is:The match that was to be today between Gor Mahia FC and Al Ahly Merowe from Sudan has bounced after the team failing to land in the country.This means that Kogalo has now got an automatic chance to advance to the next round of CAF Matches.Congratulations to Kogalo.Opera Mini too congratulates Kogalo.

You Should Be Using These Google Messages Hidden Features

By Default, WhatsApp Disappearing Messages in All Chats

Cute Photos Of Mulamwa With His New Girlfriend