Harambee stars defender Joseph Okumu who moved to Belgium side KAA Gent in this transfer window has been working hard in training so as to convince his new tactician so that he may be drafted into the squad. Okumu moved to Belgium after playing well for his Swedish Allvenskan club IF Elfsborg . 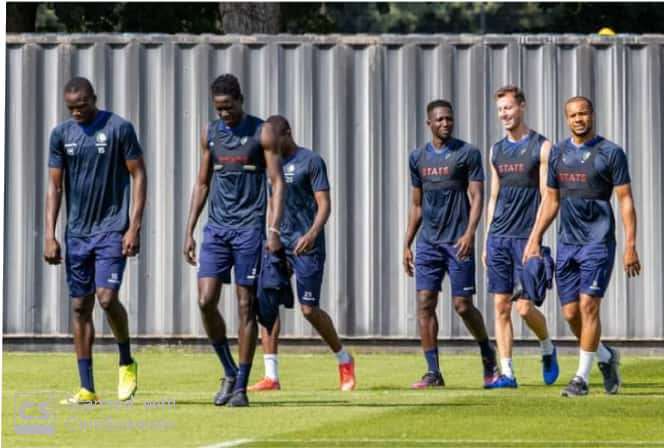 The Harambee Stars player has now made it to the bench after he was named against in the squad that faced Norwegian side Valeranga. His side won the match 4.0.However,the Kenyan international did not get a chance to play. Okumu will have to wait for his chances especially after the team keeping a clean sheet.It is always hard to change a defence that keeps clean sheets.

Okumu is believed to be a good central defender and it is only a matter of time before he is drafted into the side.Before making a move to the side, Okumu had to consult his teammate Johanna Omollo who has played in Belgium for over ten years. According to Omollo, the league is more tactical and Okumu will have to adapt as quick as possible.

If he made it to the bench in the UEFA conference league, then it's easier to say that the football star will surely break into the side very soon. We wish him all the best.