By Schedule4 (self media writer) | 10 months ago

With Laliga Santander side Real Madrid currently demanding for nothing less than £ 46 million, for their out of favour defender Rafael Varane, the Red devils are not easily willing to pay that amount since the player is pushing harder to leave sooner or later, and come next season he might be a free agent in case he doesn't sign anything with Madrid, and it will be a big blow for the Los Blancos. So the Red devils opted to dodge that deal by trying their luck in persuading one of Napoli's defender, who is also demanding a leave. 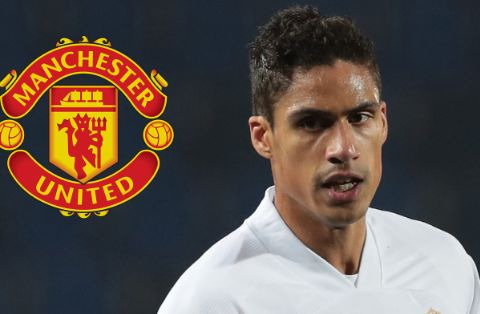 However, the premier League side will be forced to choose either to trigger Varane's release clouser, or improve the £ 30 million proposed bid for on-demand Kalidou Koulibaly.

According to Italian magazine La Gazzetta dello sport, Manchester United presented an £ 30 million bid for Koulibaly who has told the club he wants to leave, but Aurelio De Laurentiis, who loves to say no have done so, to an offer brought by Player's agent Fali Ramadani on behalf of Manchester United. 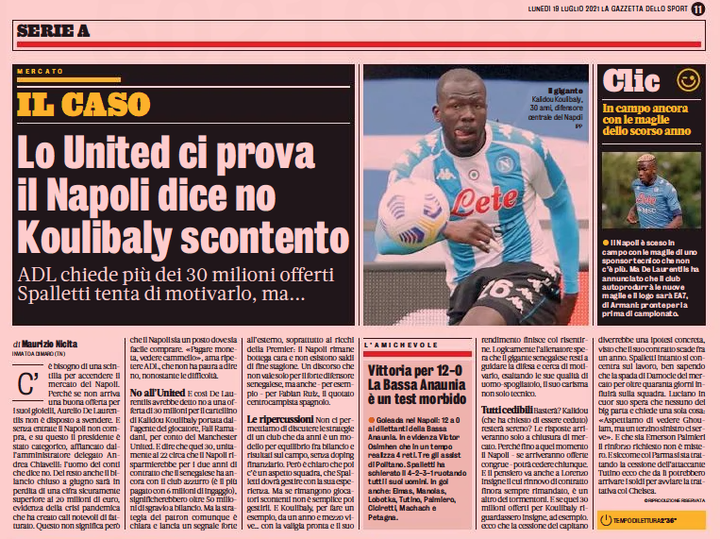 The Italian side Napoli, are aware of the badge Releaf this deal would give them since the player's contract is not that strong, but it seems like they always believe Manchester United will have to pay more, for any of their Player, which is not going to happen as long as Ole Gunnar Solskjaer is in charge.

The Norwegian is always concerned on the future welfare of the club, that's why it's going to be hard to pay more than £ 50 million for a player with 30 years or above.