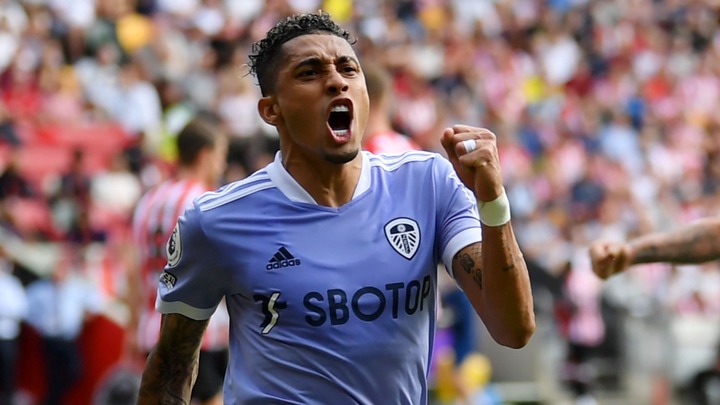 Brazilian winger Raphinha is set to join London club Chelsea. This despite initially being linked to North London based outfit Arsenal. Until today morning, Arsenal were the clear favorites to sign him considering Chelsea were working still on the Sterling deal. The gunners are reported to have had a verbal bid for Raphinha turned down as it was lower than Leeds United valuation of the player.

Chelsea on the other hand tabled a bid which was much stronger than that of Arsenal and Barcelona who were all also after Raphinha's signature. At the end, Chelsea had the final laugh.

Raphinha's agent also known as Deco is said to have played a part in Chelsea hijacking the deal. Deco is a former Chelsea midfielder and that might have made it easy for negotiations between the two.

The gunners will now have to shift their attention elsewhere as the transfer window is still open and there are a lot of available players. As reported by Fabrizio Romano. 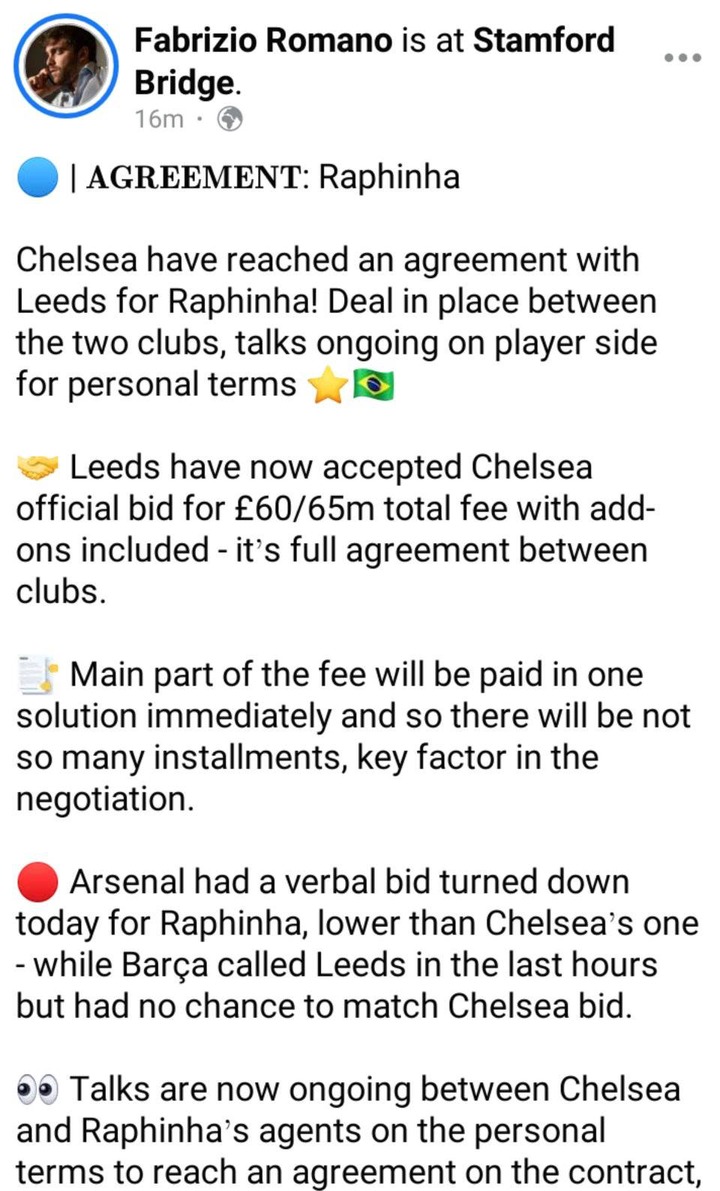 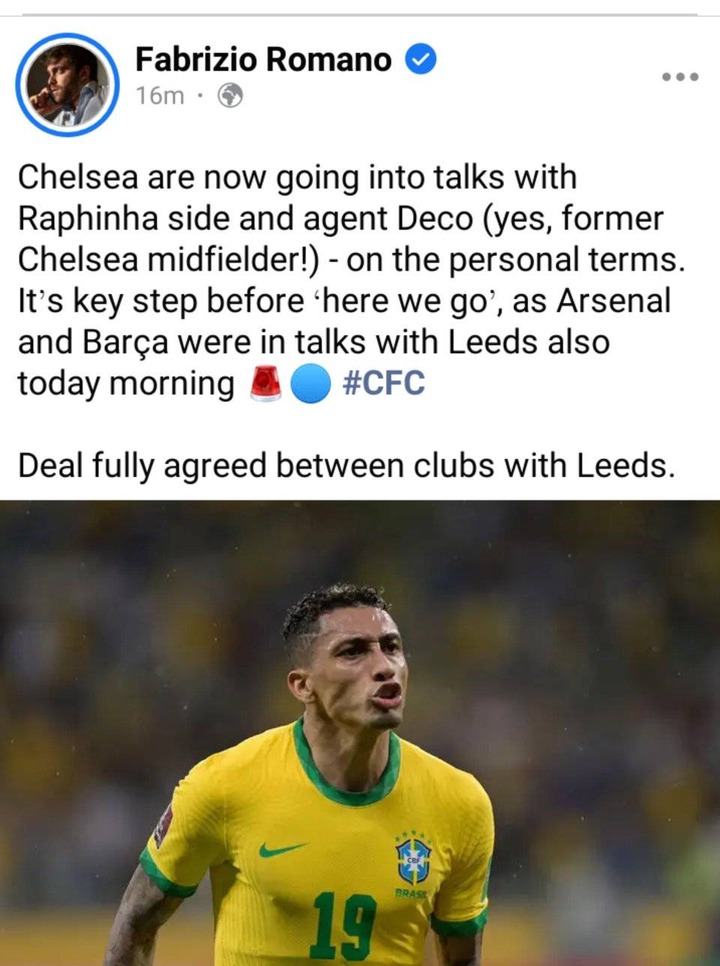