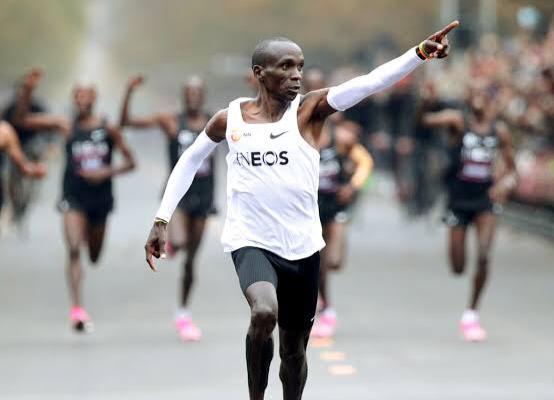 In an incident that happened today in the evening, the renowned champion won the World's best male athlete in the world beating his other competitors who had been selected for the same title.

Delivering his message, Kipchoge said that he was happy due to the fact that he is the third man who had won gold medals on a back to back basis decades after three other champions did the same.

"When you win the two Olympics gold medals on a back to back basis, it makes you feel happy considering that I'm the one among four people in the entire world who have done it. I'm honestly happy", he said.

While reacting to his victory, kenyans have called upon the government of Kenya wanting president Uhuru Kenyatta to honor him by naming one of the roads in Kenya after his name.

According to the reports given by most Kenyans who took to their different social media accounts to express their opinions and suggestions on the matter, they called upon President Uhuru Kenyatta to start honoring Kenyan athletes as it has been witnessed in other countries.

This is happening at the same time when a number of kenyan athletes have accused the government of belittling them despite the fact that they are out there trying to represent the country. According to the reports given by most Athletes, they claimed that they don't feel like they get the recognition they deserve.

At the same time, Kapseret member of parliament, Honorable Oscar Sudi has also called upon President Uhuru Kenyatta wanting him to appreciate the efforts of kenyan athletes. In his own words, he called out Uhuru for the cold reception Athletes received after coming from Tokyo. 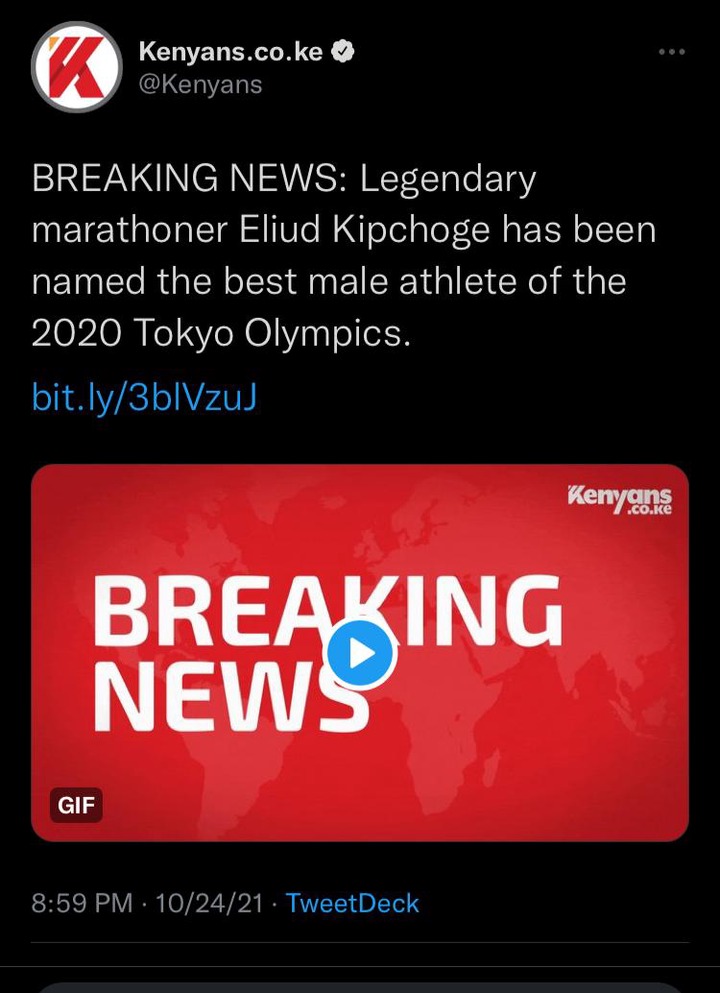