By @munguyupo (self media writer) | 3 months ago

Detectives have managed the arrest Milton Namatsi, the main suspect behind the killing of the popular football fan Isaac Juma Onyango who was killed yesterday at night. 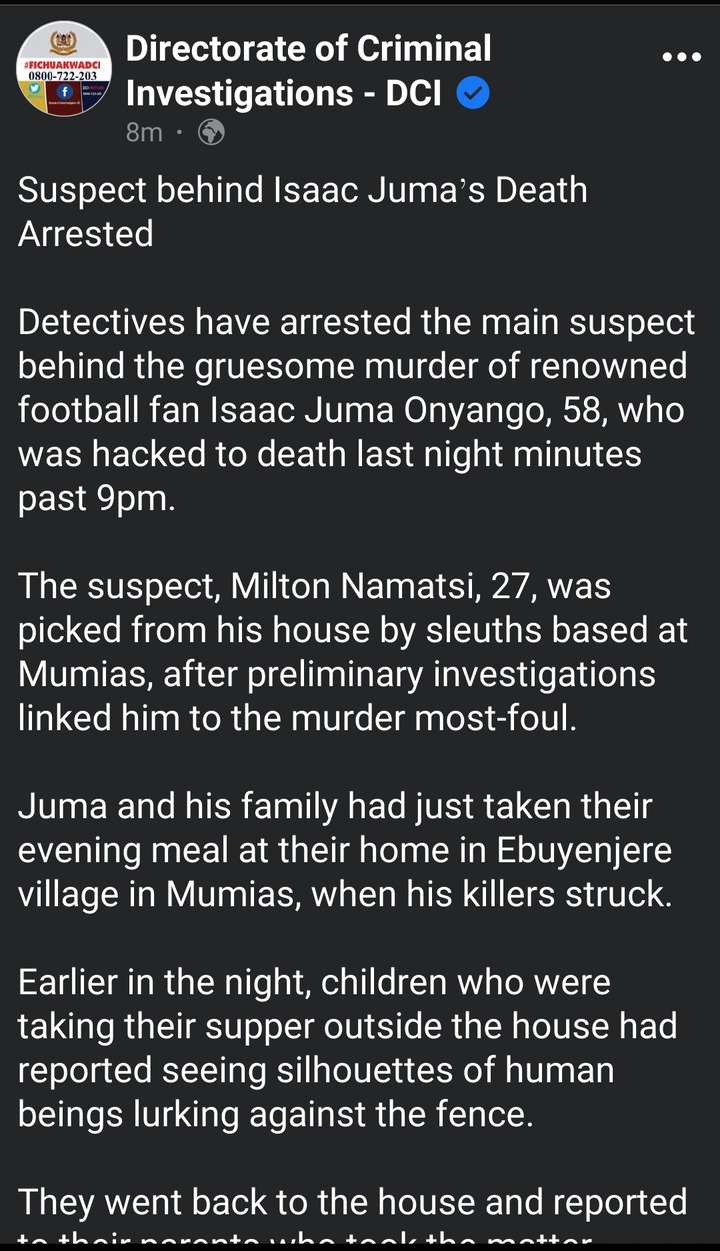 Detectives went to his home in Mumias and picked him. This is after he was linked to Juma's death after investigations were conducted.

The renown football fan who was loyal to harambee stars and AFC leopards was a newspaper vendor who later retired to work on his farm in Mumias.

Detectives have suspected that Juma might have been murdered on issues land, as his family was an extended one.

Juma was murdered shortly after children who were eating from outside reported that they had seen people on the fence. When they went out to check, a group of men attacked them, killing Juma. His son managed to escape to the farm. 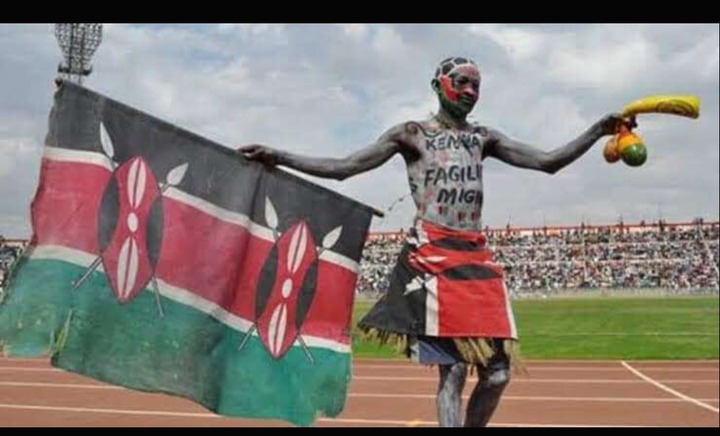 The suspect is in police custody awaiting arraignment tomorrow. Detectives are on the watch out to capture the other suspects.

Content created and supplied by: @munguyupo (via Opera News )