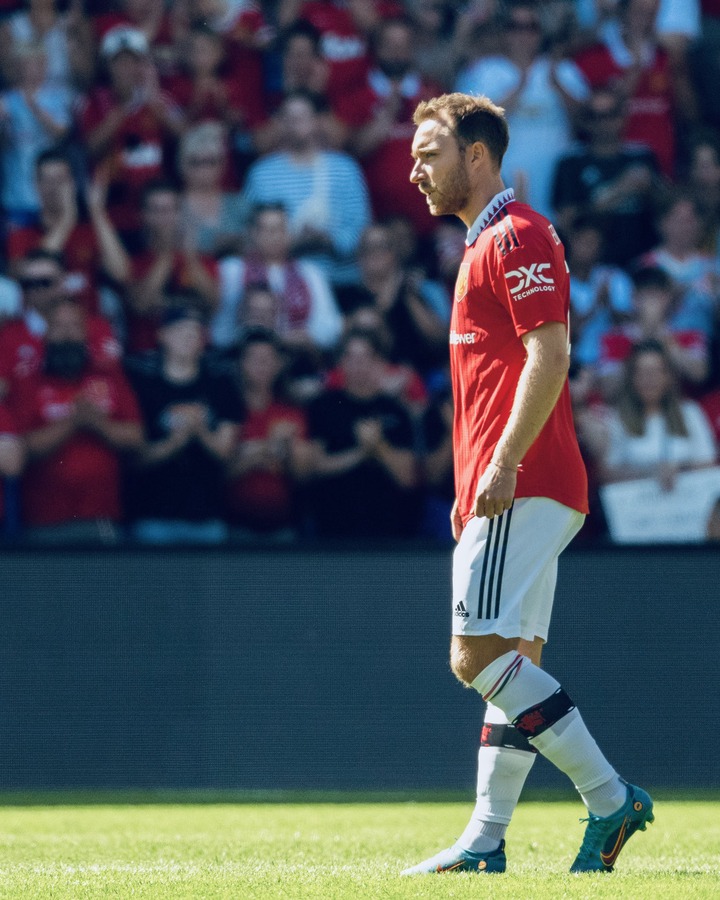 Despite their loss against Brighton, one cannot fail to mention the fact that Man United have improved from the days of Ralf Ragnick. Indeed, during their last game of the season United conceded four goals against Brighton. 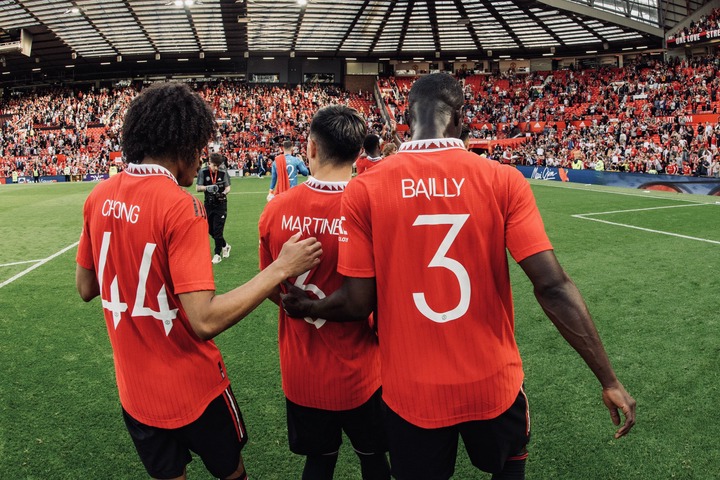 However, despite loosing the first Premier League game of the season, there were some positives such as the performance of new signings Christian Ericksen and Lisandro Martinez. 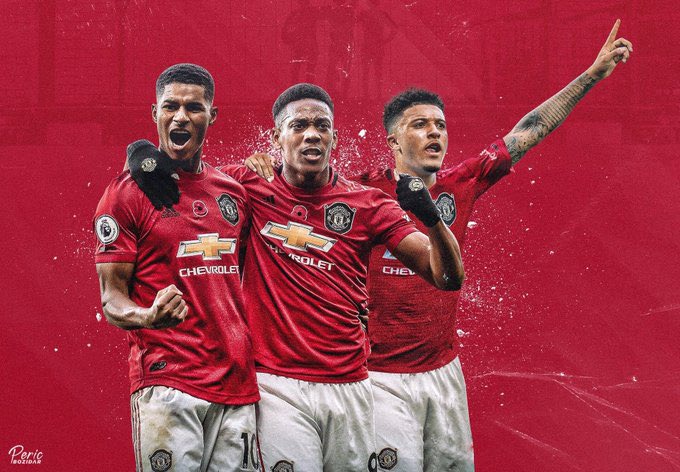 Without Anthony Martial leading the attack like he did during pre-season, Ten Haag fielded Bruno Fernandes and Ericksen as false nines in a 4231 formation, with Rashford and Sancho playing down the wings. 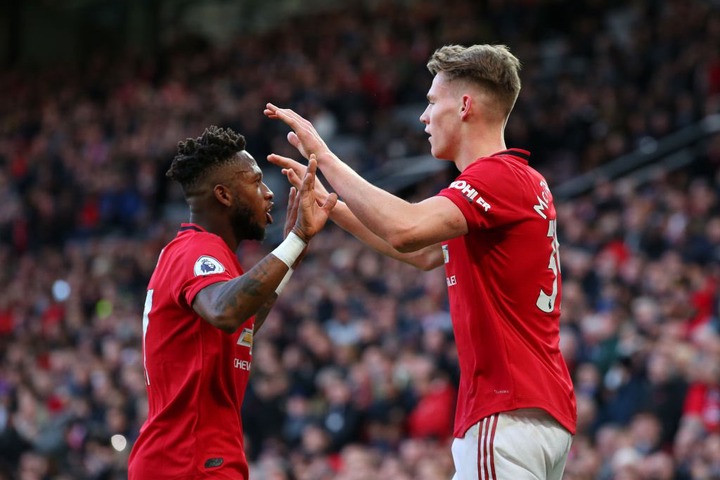 However, his decision to start controversial midfield pairing dubbed MCFred, consisting of Fred and Mctominey, has been blasted by fans. 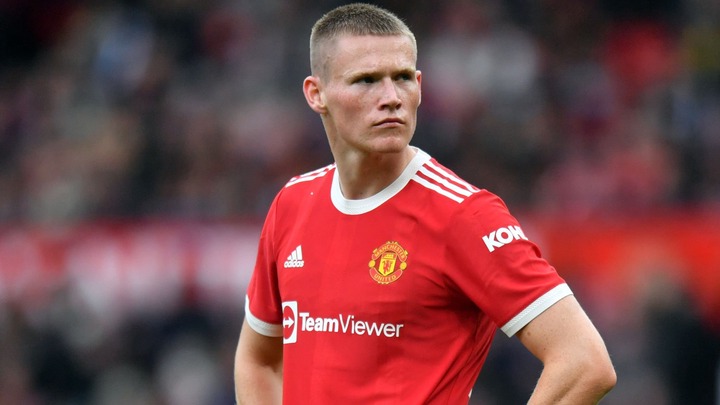 Mctominey and Fred both had a poor game although some fans have argued that Fred who is the better of the two, could play with someone like Frenkie De Jong next to him. 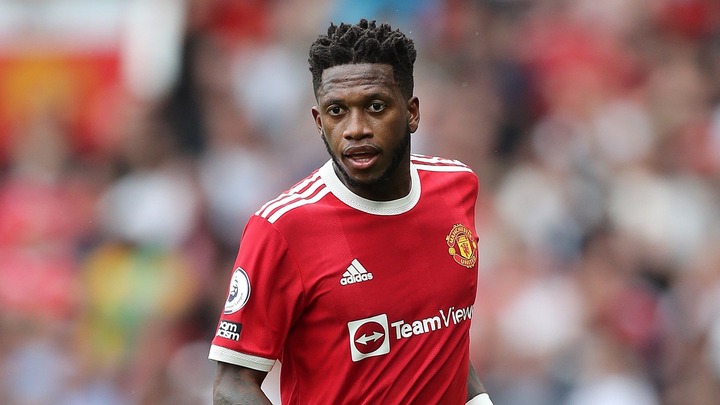 While the likes of Rashford and Sancho were ineffective against Brighton, Mctominey made the mistake that allowed Brighton to score the opening goal. 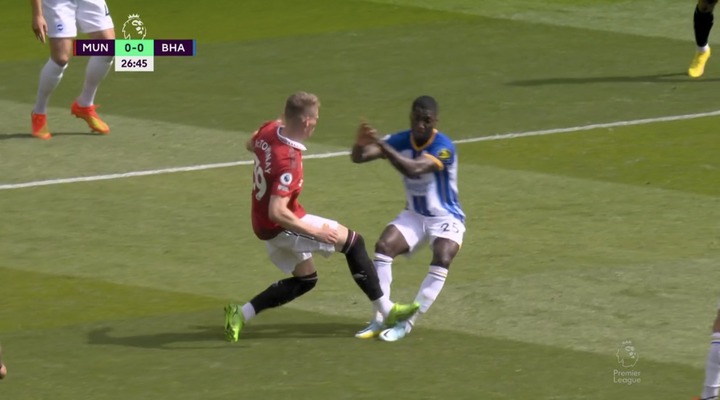 He also received an early yellow card. His decision making on the ball was also poor and fans were glad to see him get substituted for Donny Van De Beek who was much better. Here are some reactions from Man United fans. 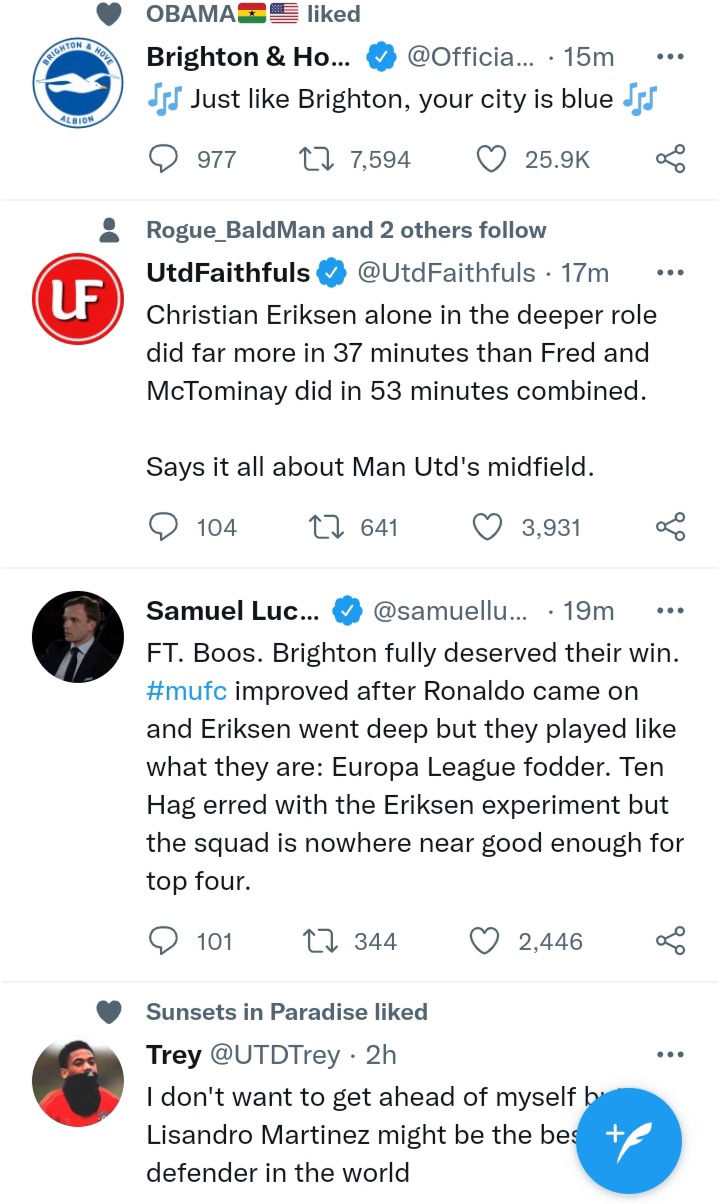 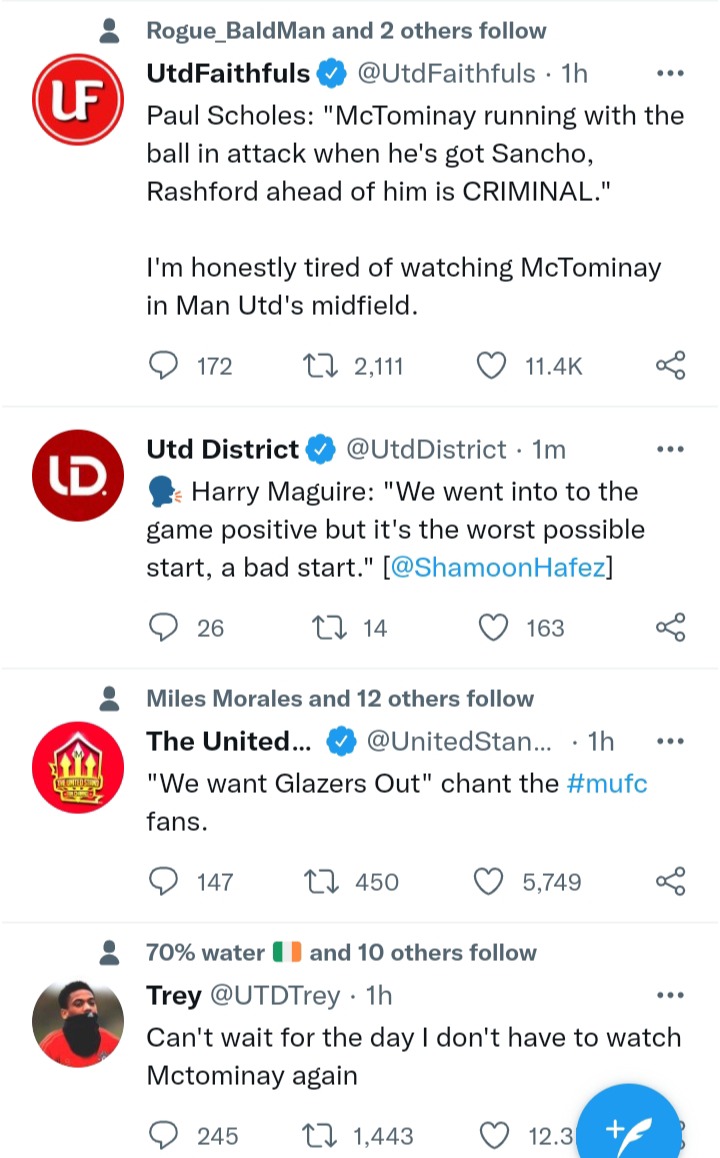 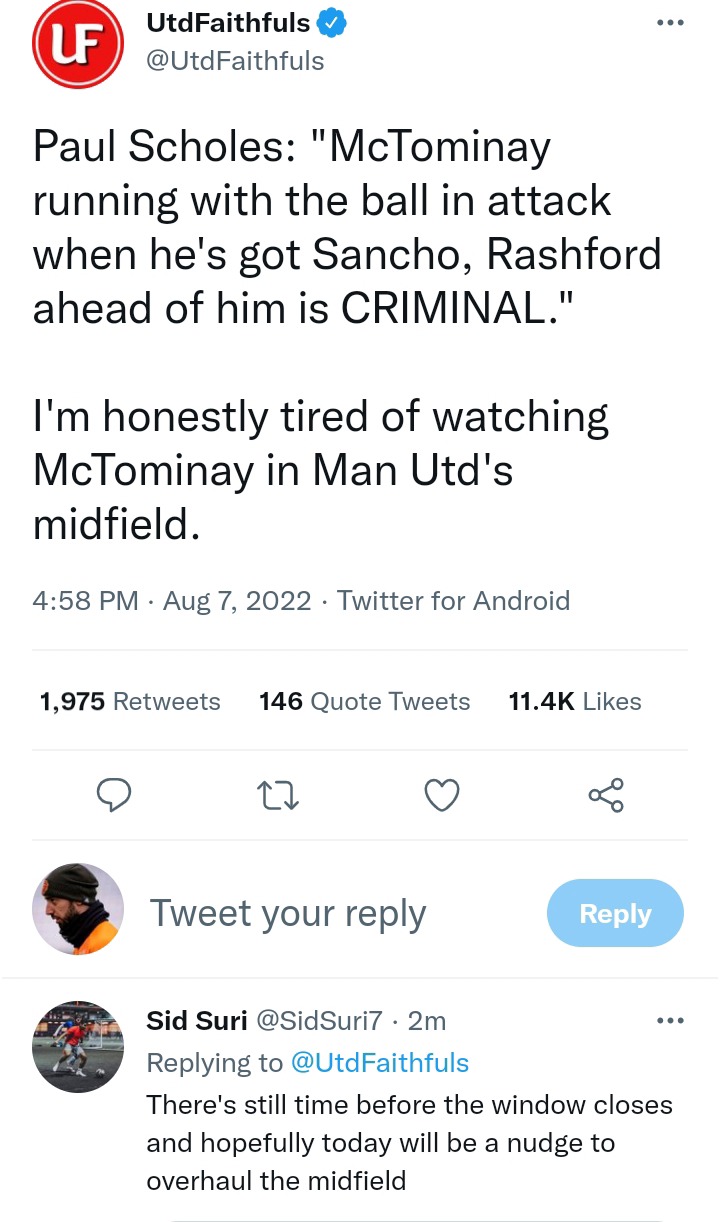 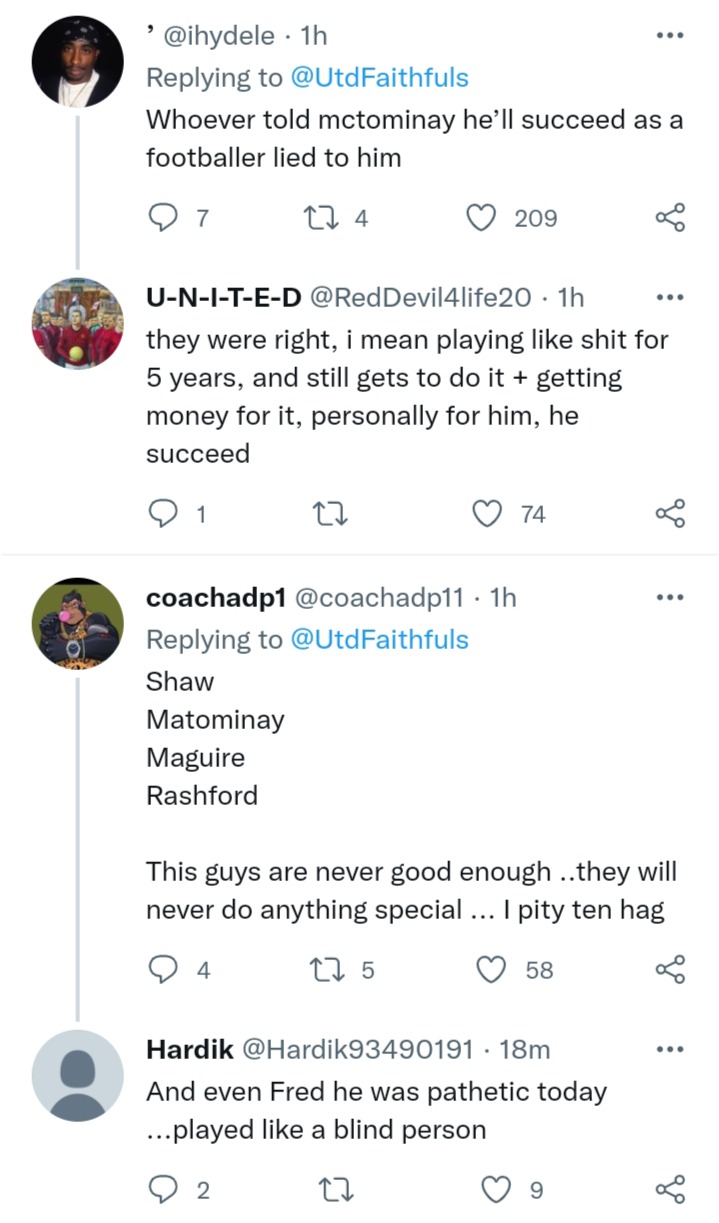 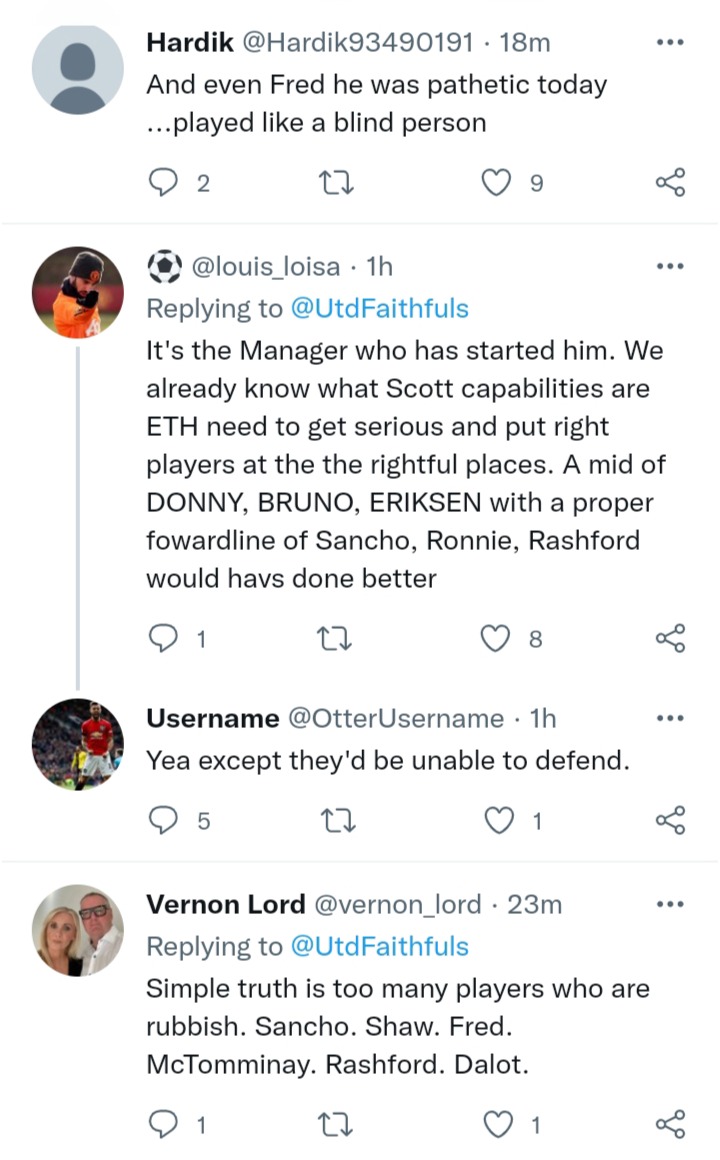 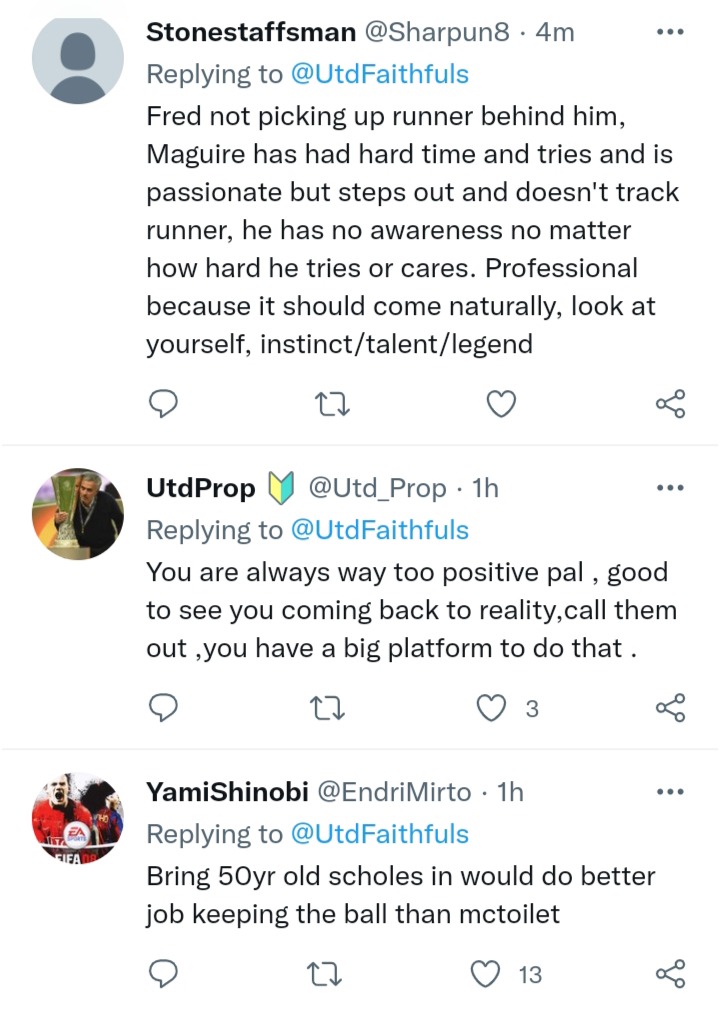