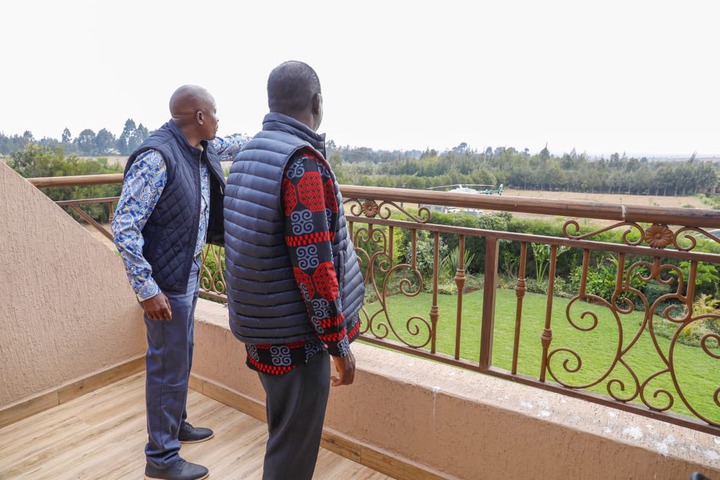 Raila Odinga has disclosed that he met a group of players from the Marafiki FC who normally play division two football.

The former Prime Minister has also disclosed that the team awarded him with a special gift of jerseys that they normally use as a team that is normally supported by the Kieni constituency member of Parliament.

He has also wished them the very best and hoped to see them go as far as the national level where they'll have a chance to trade with some other teams.

"I met Marafiki FC team members who play Divison 2 football and they presented me with one of their club's jerseys at the home of Hon. Kanini Kega. It would be great to one day see them play their trade in the national league. Asanteni na kila la kheri."https://t.co/rrsxkpM9f6 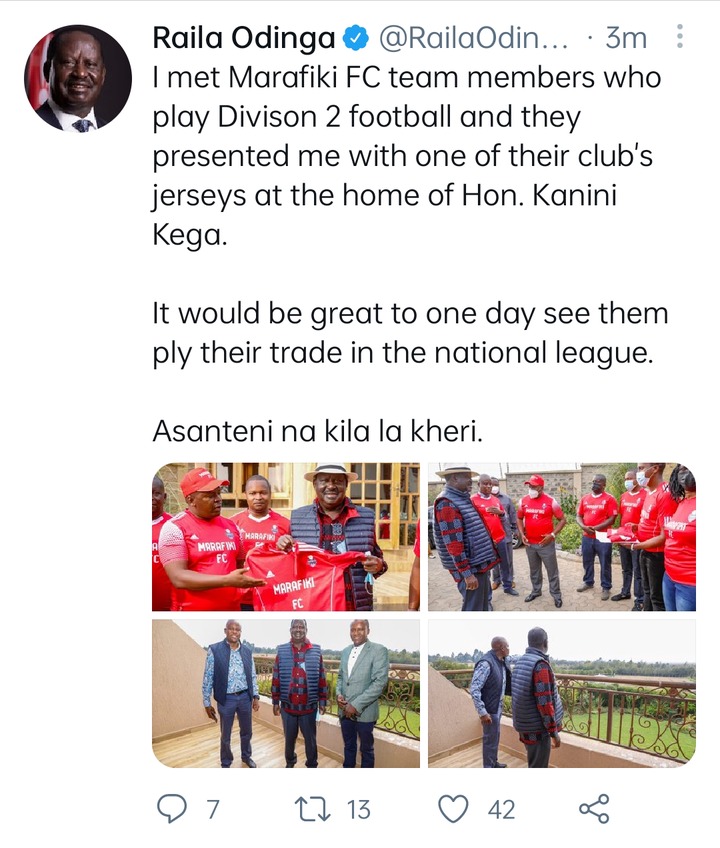 The former Prime Minister was in Nyeri to attend the burial of one Mama Esther Ngonyo Githaiga who is the mother to one of the Orange Democratic Movement ODM party officials mada Mumbi Ng'aru.

"The people of Kieni, Nyeri County bade a final farewell to Mama Esther Ngonyo Githaiga, mother to Hon. Mumbi Ng’aru. Mama Esther was a hardworking person who raised an extensive family. She was also a keen promoter of harmony in society. May She Rest In Eternal Peace." https://t.co/OamBVYXL1M 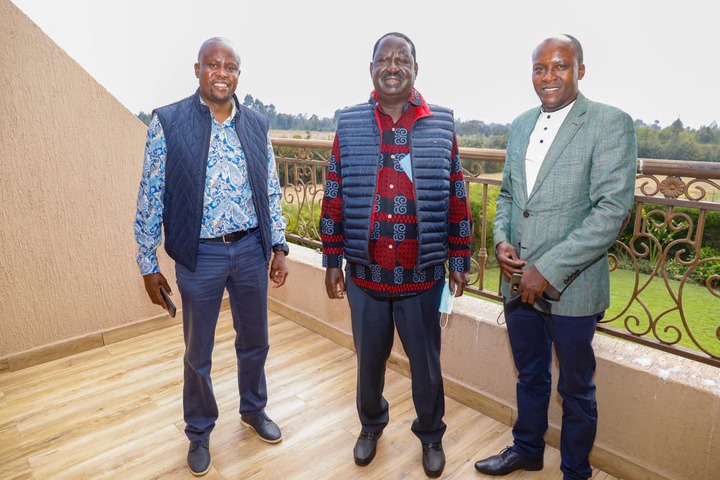 Among those who missed is the area county governor Mutahi Kahiga and the area senator Maina Ephraim. Kanini Kega's cousin and Nyeri Town constituency Member of Parliament Honourable Ngunjiri Wambugu was also not present. 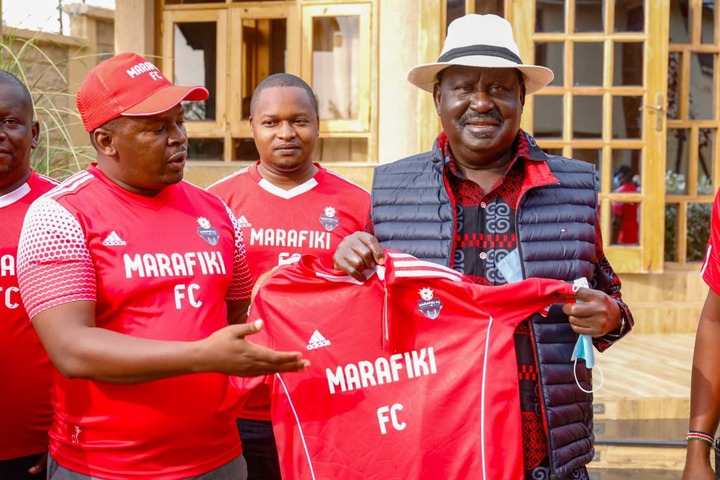 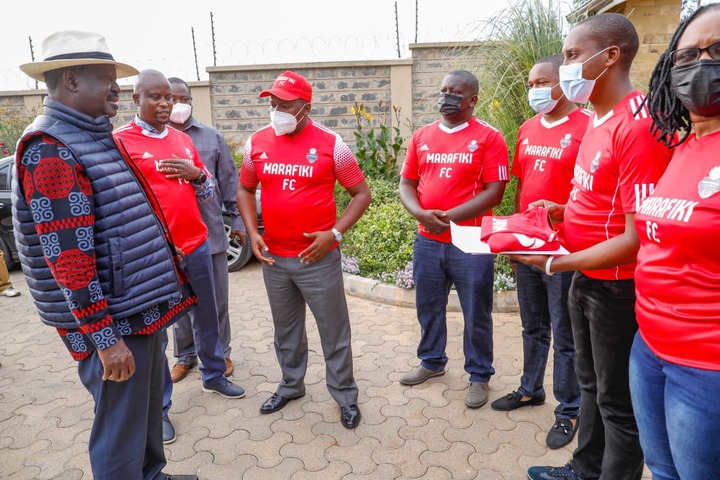