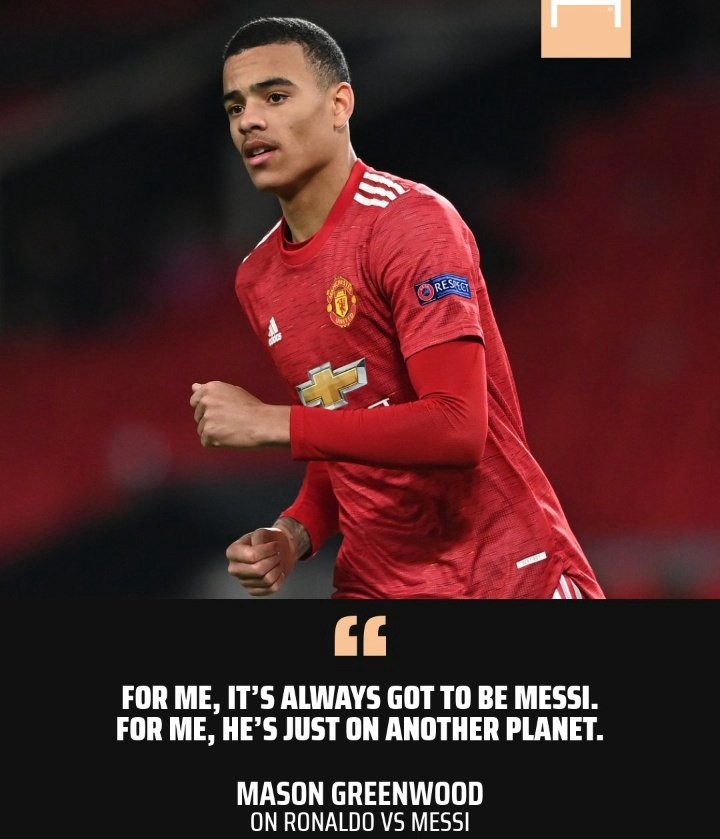 Manchester United winger Mason Greenwood recently claimed that Lionel Messi was the best player in the world because whatever he does is very unique and rare, non-existent to some degree. He said that he respects Cristiano Ronaldo very much and he thinks that he is a fantastic player, but to be painfully honest, Lionel Messi takes the crown for him.

Greenwood is only 19 years old and he is breaking headlines in England, especially after swift last-minute performances for the Red Devils. He also made players such as Rashford and Sancho his position rivals and he is currently winning the competition. He has a high prolificacy and one can tell that his influence on the team has been a major boost for the club. He has truly been a blessing in disguise for Ole Gunnar Solksjaer and it will be a shame to lose him in the transfer market.

Bruno Fernandes had one of his most terrible performances yesterday against Aston Villa. Going by his stats, one cannot imagine that a heavily relied on number 10 would be so poor in his performance. Missing the most crucial penalty in the game basically sums up his performance in yesterday’s fixture. 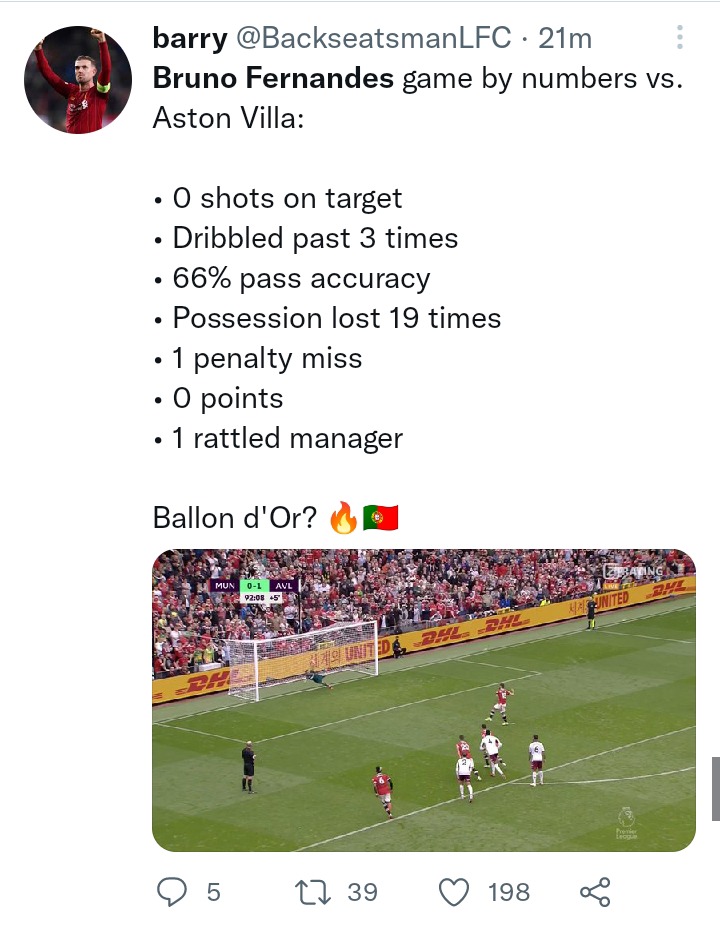 Fernandes has since apologized for the penalty miss and the loss to the fans. But not everything should be blamed on him because there also lacked rhythm in how the team played and so his performance was adversely affected. He was also fatigued and should have been substituted off in the latter stages of the game. His match fitness will be a big concern for Ole Gunnar Solskjaer on Wednesday when they face Villarreal. 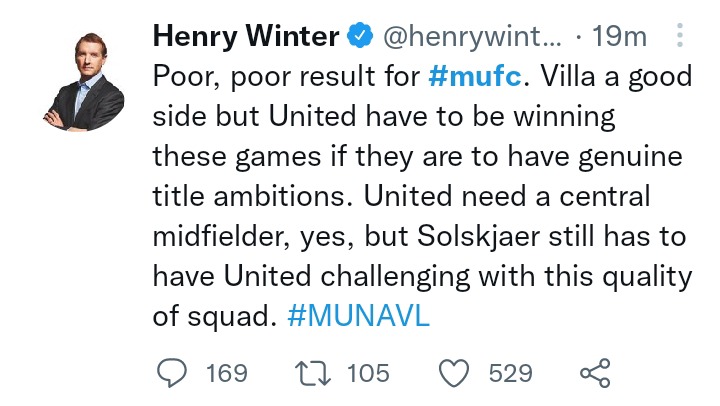 Manchester United news reported Harry Winter showed his frustrations after yesterday’s loss on his Twitter account where he said that Manchester United played a very blunt game and showed no spirit at all to win the game. He said he was even happy that Fernandes missed the penalty because Manchester United did not deserve to win the game at all. He nonetheless encouraged the players to work harder in training so that such a performance is not shown against Villarreal on Wednesday.