The Blues were playing without their two main strikers, Romelu Lukaku and Timo Werner who were sidelined by various injuries, but the other players showed that they can be relied on by Thomas Tuchel. 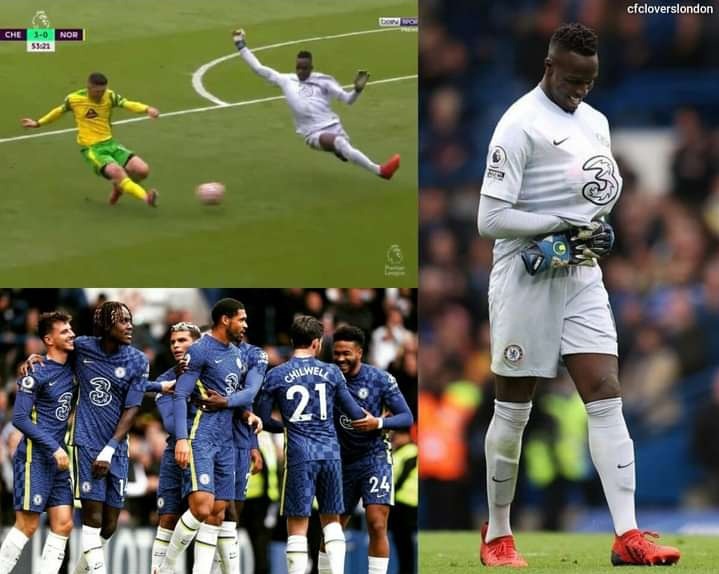 Mason Mount managed to get his hattrick today after a brilliant show from his teammates to assisted him to get this major achievement in his Chelsea career.

Callum Hudson Odoi who was given a hard challenge by Thomas Tuchel also got himself a brace for the day as the other goal was scored by Ben Chilwell and Recce James. 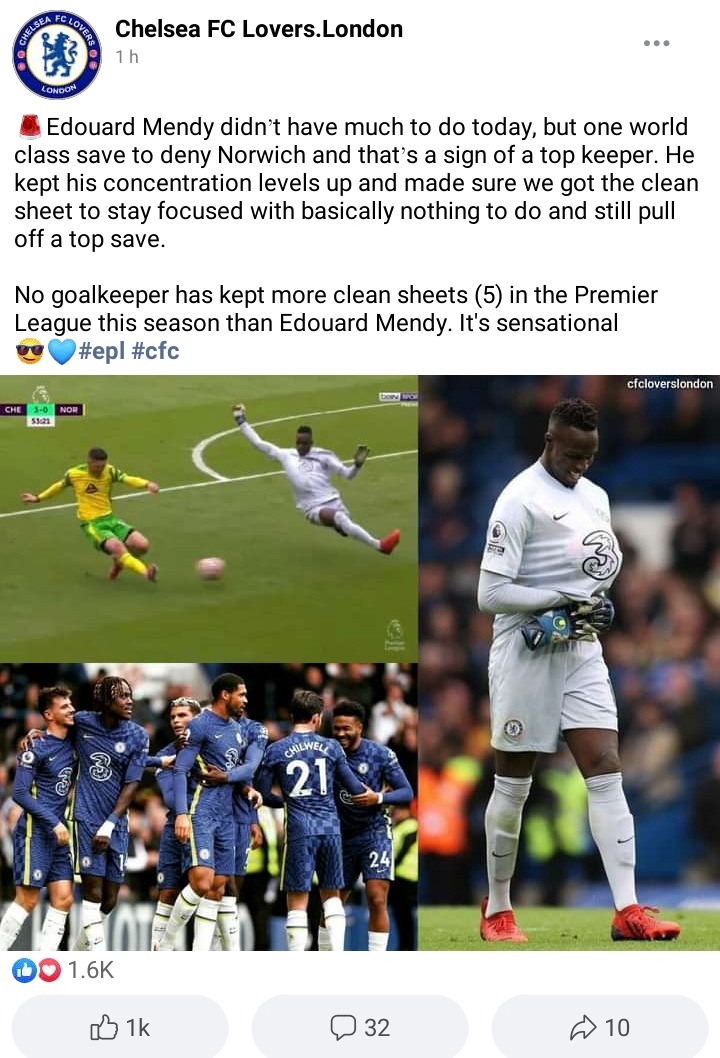 The outfield players received major praise from the match, but they forgot on one player who was crucial for the team as he has always been at his best.

Chelsea goalkeeper, Eduard Mendy was not heaped with much praise as his teammates even though he had little to do in the match against Norwich City at the Stamford Bridge.

Eduard Mendy managed to give his team another clean sheet as he kept off Norwich City's one and only big chance that once again showed his top levels.

After the match, Eduard Mendy maintains as the only goalkeeper to keep five clean sheets in the first nine games of the English Premier league.

Does he deserve the same praise?