Opinion: This CHELSEA Star To Unlock The Recent Chelsea Struggles.

Recently Chelsea have struggled in the final third in the matches they have played. However with Christian Pulisic nearing Blues return from injury he sustained four months ago while on international duty a compromise solution will be obtained to help chelsea score maximum goals in the upcoming matches.

This is the third Christian Pulisic's season at chelsea having sealed a move from Borussia Dortmond in 2019. He was confident his third season at Chelsea was going to be different, that the injuries that had disrupted his previous two campaigns would not be repeated.

However he was sidelined with Covid meaning he was to be self isolated for 10 days. He then missed the Arsenal and Liverpool matches having started the Uefa Super Cup match against Villarreal earlier on before scoring the proceeding match against Crystal Palace.

He has missed 7 matches for chelsea and Romelu Lukaku has become isolated in recent outings with Kai Havertz and Hakim Ziyech out of form and Mason Mount absent through an injury of his own. It's why Thomas Tuchel turned to Timo Werner and Callum Hudson-Odoi against Southampton.

With neither of of those players being a ball carrier and a penalty threat to the opponents I strongly feel that Tuchel will have to try his luck by playing the US international winger in the upcoming matches.

With his dribbling skills he will be a help to Romelu Lukaku whom he has not featured with him in any match so far. 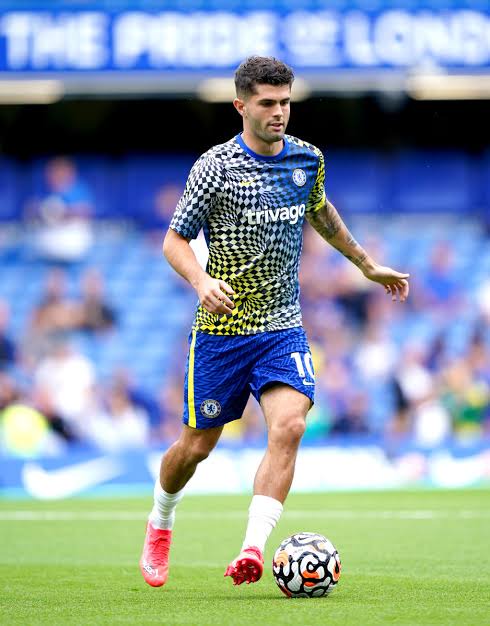 The Belgian has struggled for service in his last six matches but the direct running of Pulisic may drag opponents away from the striker and open up space in which to thrive. It will be interesting to see chelsea bully the opponents with such formation.

will chelsea lift the EPL Trophy this season with Pulisic being integral in the process. Share with us your views on the same.